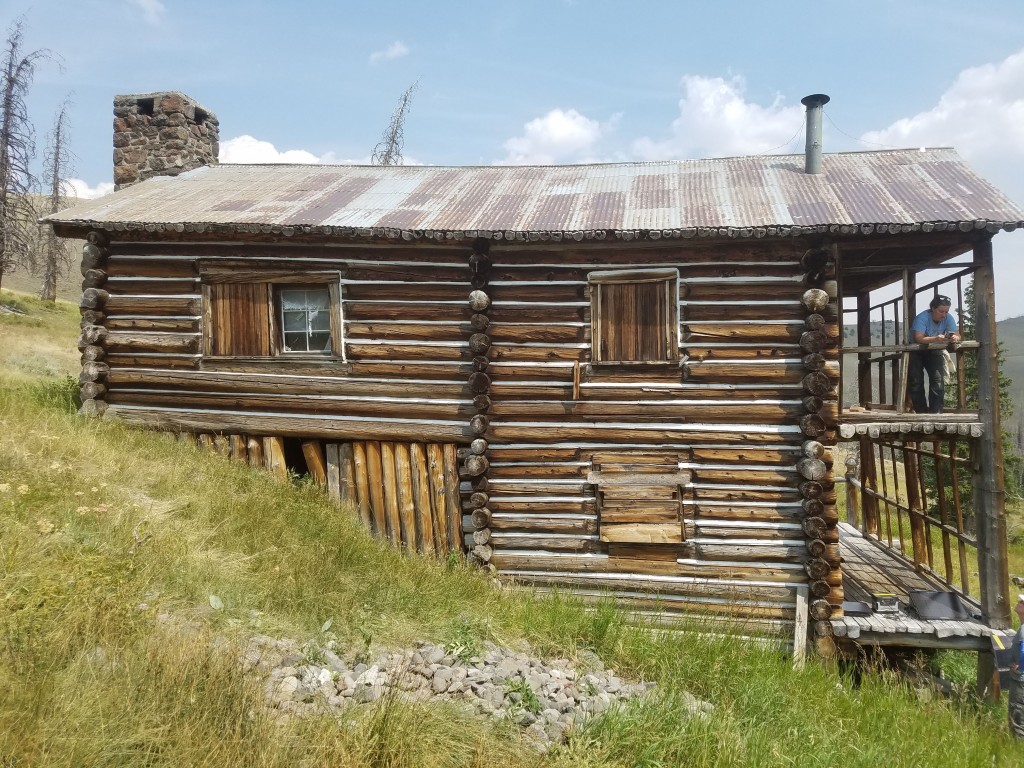 Over the river and through the woods, hidden miles deep in the Washakie Wilderness, the Anderson Lodge was at one time the first administrative headquarters of what would become the US Forest Service. Today it is a celebrated destination for those who love the wild and wonderful forests we cherish today.

Anderson Lodge is named for its original dweller, the artist, rancher and philanthropist Abraham Archibald Anderson. The lodge is a two-story, multi-roomed building. HistoriCorps restored this building as well as its accompanying Hired Hand’s cabin, a one-room cabin. Read more about the structure on the National Register of Historic Places.

During America’s Gilded Age in the late 19th century, Mr. Anderson crossed paths with many places and people we know and celebrate today. As an artist, he painted many portraits, including one of Thomas Edison; he also personally designed William “Buffalo Bill” Cody’s guest ranch Pahaska Tepee, and his own home – the site of this HistoriCorps project. As a rancher, his love of the outdoors and commitment to its proper management led to him becoming the first Special Superintendent of Yellowstone region, and his home served as its first administrative headquarters. When he wasn’t at his home in the mountains, he resided in the famous Bryant Park Studios for artists in New York City, a 10-story building he bought and developed in 1900.

The Shoshone National Forest was originally called the Yellowstone Timberland Reserve when it was set aside in 1891 (under the management of Mr. Anderson). It was the first national forest in the United States. Encompassing approximately 2.4 million acres, the forest consists of a dramatic landscape: from huge swaths of exposed rock, to snow-capped mountains even in July, to expansive meadows and forests.

Read a beautifully laid out and described history of the lodge as told by Park County Historic Preservation Commission, here!

SCOPE OF WORK:  Volunteers will work alongside expert HistoriCorps staff to straighten and stabilize the two-story Lodge. Jacking points, cables, and anchors will be in place when volunteers arrive. Volunteers will work on the most exciting part of this operation: lifting and pulling the lodge, bit-by-bit, until it is straight! Volunteers will also pour concrete piers and install pressure treated posts to hold the building in place. Finally, we will disassemble the jacking system and pack up the supplies to be removed by mule.

SCHEDULE DETAIL:  Plan to arrive at the trailhead between 6pm and 8pm on the first day of your project session. We will camp there that night, and then hike out as a group to the project site first thing the next morning. It’s about a 7-8 mile hike, mostly gradually uphill, to the project site.  We will work from about 8am to 5pm each day, with breaks for snacks, lunch, and water. On the last day of the project we will hike out as a group. Please plan to return no sooner than 5pm at the trailhead on the last day.

Corpsmembers from Rocky Mountain Youth Corps will be working with HistoriCorps before project volunteers arrive!

LOCATION:  The lodge is located on the Shoshone National Forest, in the Washakie Wilderness. Volunteers will hike in roughly 7 miles to access the site. Volunteers will need to carry their own personal gear (work clothes, tent, boots and shoes for work and water crossings, etc.) but HistoriCorps will handle the food and other group gear.

The first night, we’ll camp at Jack Creek Campground. We’ll leave our vehicles there and hike out the next morning! 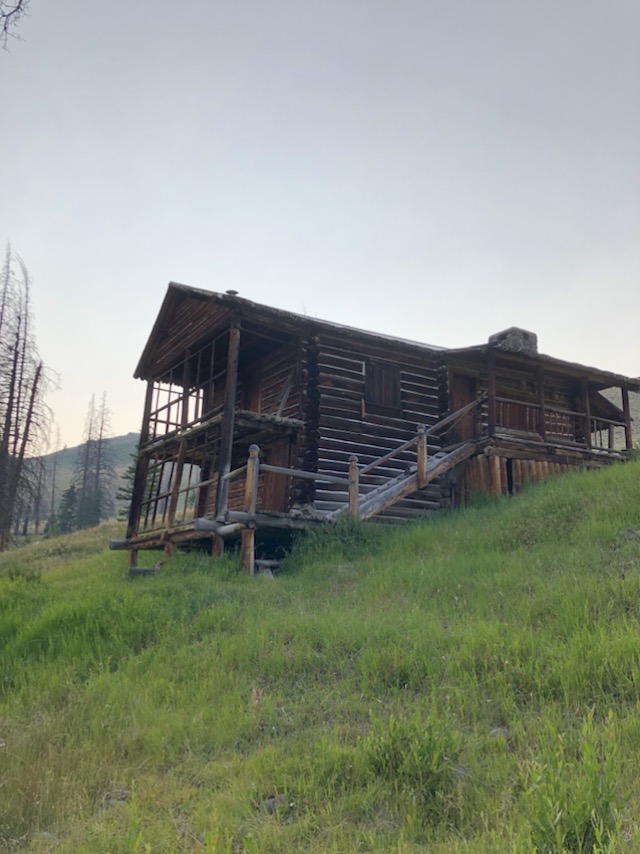 More than 100 years ago, the trail that runs by the lodge was regularly traversed by settlers and miners. 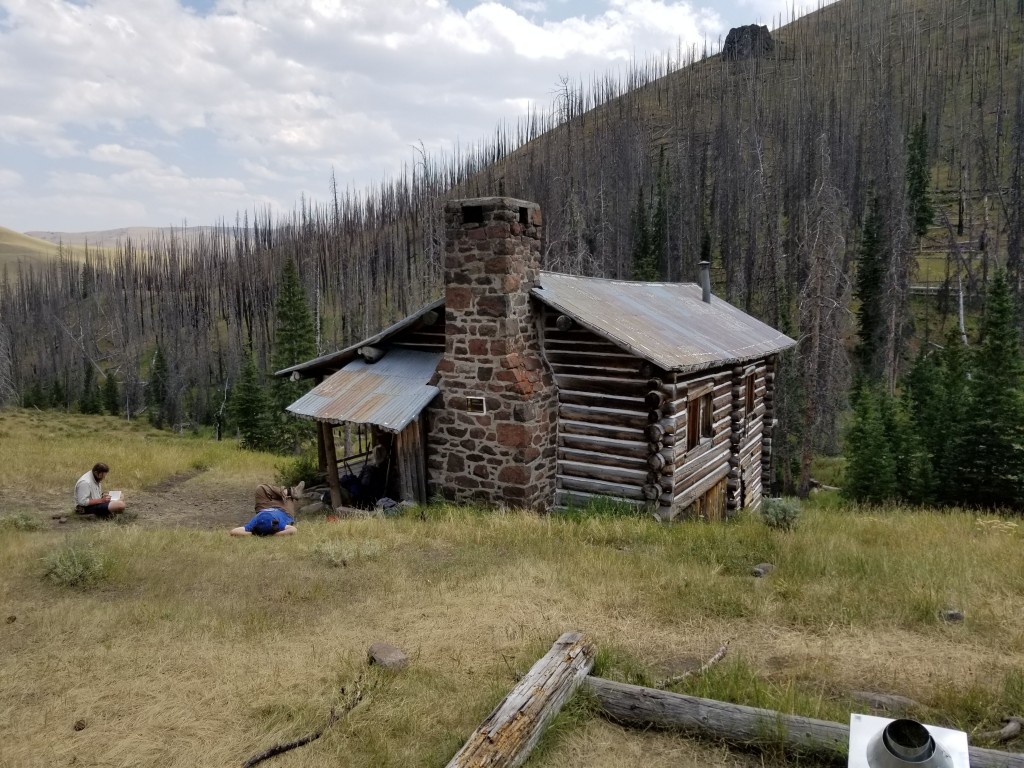 Despite its size, the lodge is still dwarfed by the expansive landscape surrounding it. 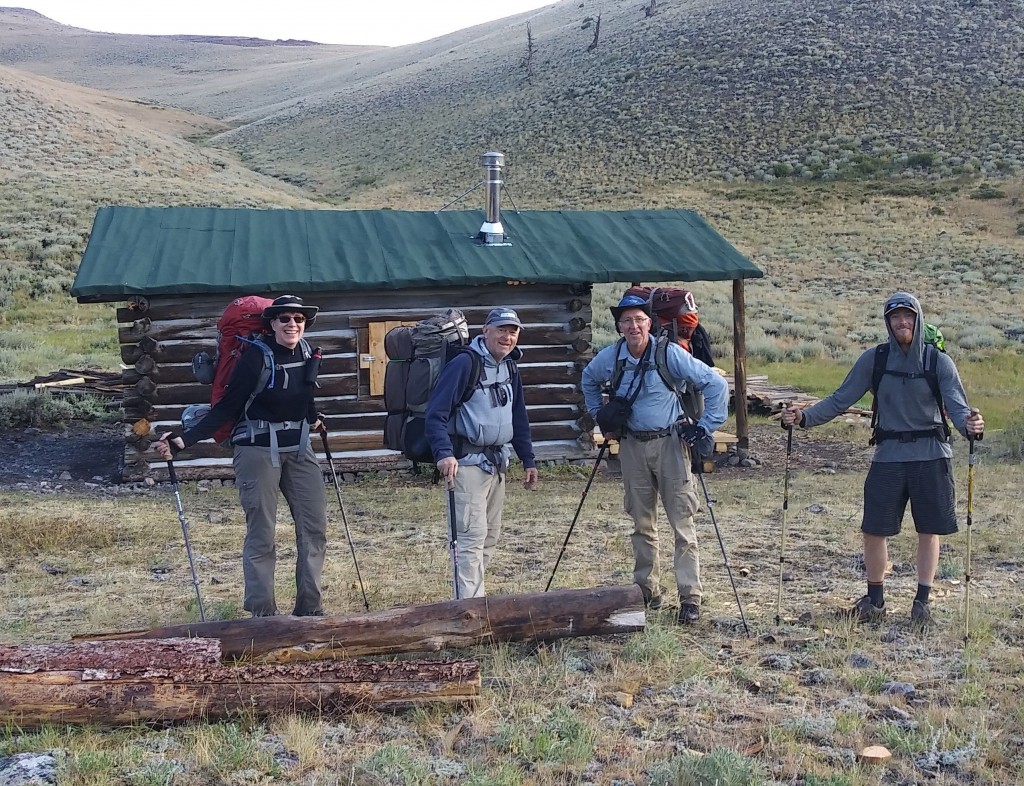 From 2018: Happy (and perhaps a bit tired!) volunteers ready to hike out after their last project day working on the Anderson Lodge’s Hired Hand’s Cabin!

Creeks like this one provided water to early settlers and miners. Today, they are preserved as wild areas, relatively untouched by civilization.

We will use the services of a pack string to haul our materials and food to the campsite. Seeing the train in action is quite the sight!

We’re so glad this project has inspired you to commit to volunteer! Sign up using the links below. Please email us at volunteer@historicorps.org with any questions.