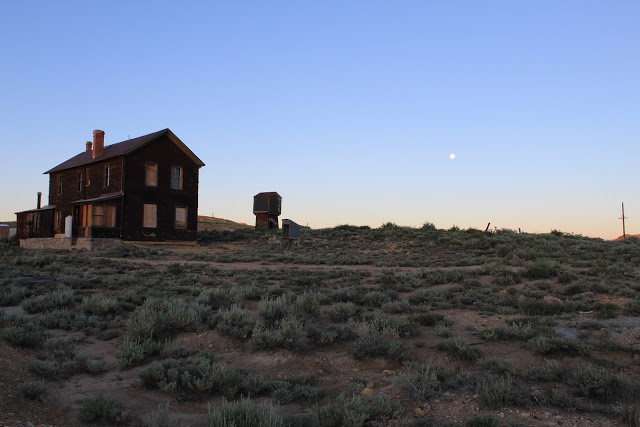 A ghost town preserved in a state of “arrested decay” just outside of Yosemite National Park – how can you say no?  This project offers incredible opportunities for photographers and history buffs alike. Bodie is located on land historical inhabited by peoples of the Monache, Northern Paiute, and Washoe Nations.

From www.parks.ca.gov: “Bodie State Historic Park is a genuine California gold-mining ghost town. Visitors can walk down the deserted streets of a town that once had a population of nearly 10,000 people. The town is named for Waterman S. Body (William Bodey), who had discovered small amounts of gold in hills north of Mono Lake. In 1875, a mine cave-in revealed that there was much more gold to be had than originally thought. This discovery led to purchase of the mine by the Standard Company in 1877. Within only a couple years, the town swelled to a population of 5,000-7,000, and Bodie boasted approximately 2,000 buildings.

From 1877-1880, Bodie was eating high on the hog and enjoyed the amenities of larger cities, including a Wells Fargo Bank, volunteer fire companies, a brass band, unions, newspapers, and a jail. Along with the resources came vices: the town had at one point 65 saloons and a red light district, which were the scenes of murders, brawls, and holdups.

Starting in late 1880, Bodie’s population began to decline – first slowly, and then plummeting. Advancements in technology and investments in mining infrastructure supported the town’s ore production – valued at $3.1 million in 1881. By 1910, only 698 people remained in Bodie. Severe fires in town destroyed several buildings as well. By 1915, Bodie was described regularly as a “ghost town.”

Only a small part of the town survives, preserved in a state of ‘arrested decay.’ Interiors remain as they were left and stocked with goods. There are more than 100 other historic buildings remaining from Bodie’s tumultuous heyday.

Designated as a National Historic Site and a State Historic Park in 1962, the remains of Bodie are being preserved in a state of ‘arrested decay.’ Today this once thriving mining camp is visited by tourists, howling winds and an occasional ghost.” Bodie has been named by the Californian legislature as the official state gold rush town. You can read a detailed brochure about the town’s (occasionally salacious) history here. You can also find beautiful historic photographs of Bodie, like the one above of the Railroad Office, on the Library of Congress’ website.

The Bodie & Benton Railway, the office of which we will continue to work on, was a three-foot narrow gauge railroad California, from the Mono Mills to its terminus in Bodie. What makes this railroad unusual is that it was isolated and unconnected to any other railroad system. Its purpose was solely to link gold-mining Bodie to Mono Mills, a sawmill, 32 miles south along the east shore of Mono Lake. It was made operational by 1881. Visitors can still walk (or even mountain bike) the rail line to Mono Lake. The railroad office structure, primarily its chimney, was destabilized by recent earthquakes.

HistoriCorps volunteers have collectively contributed 12+ weeks of work to preserve the Bodie Railroad Office. You might say we’ve adopted the building! We are excited to return for our next phase of work here.

PROJECT DATES:  September 12-17, September 19-24, and September 26 – October 1. There will be large crews working on different buildings throughout this project!

NOTE: Due to high interest in this project, please do not register for more than two sessions. If you would like suggestions of other projects, or to be considered for an exception, please email volunteer@historicorps.org. 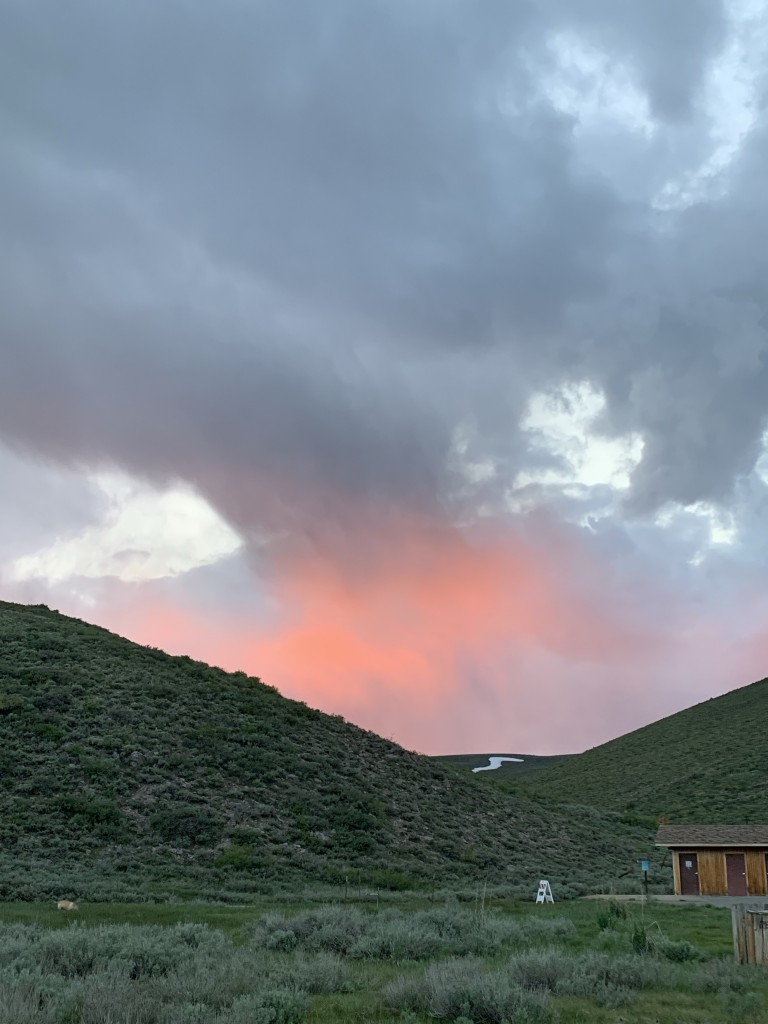 Sunset over the bluff, as photographed by volunteer Paul Spencer 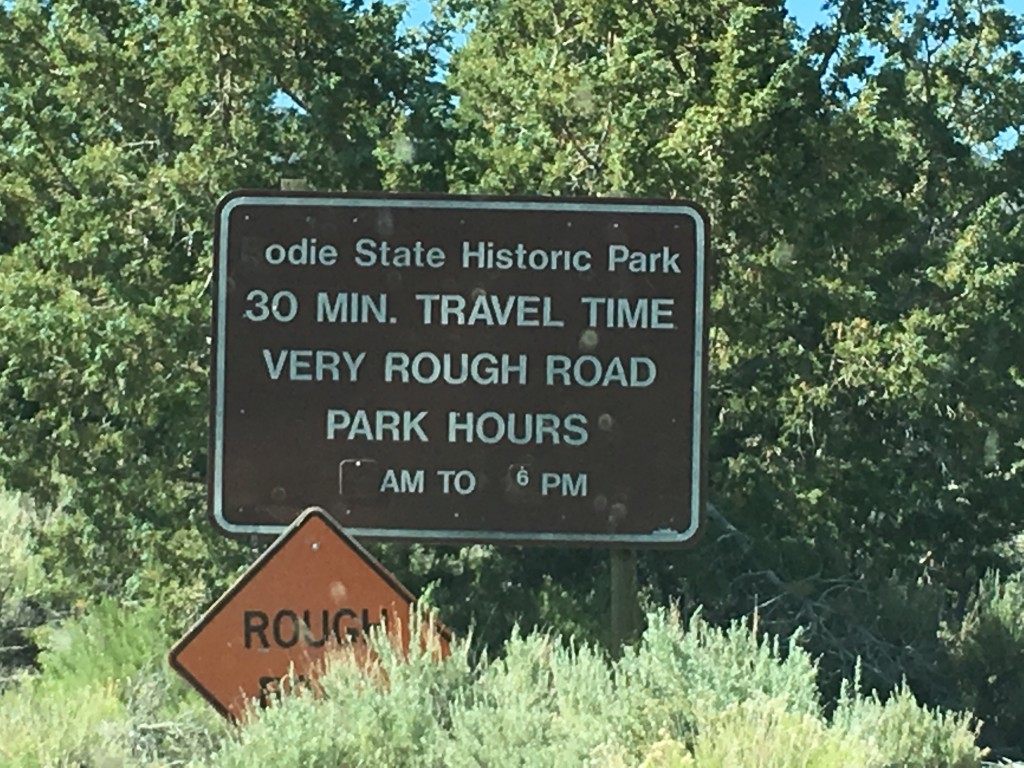 Bodie is accessible to 2WD cars, but prepare for a bumpy ride! 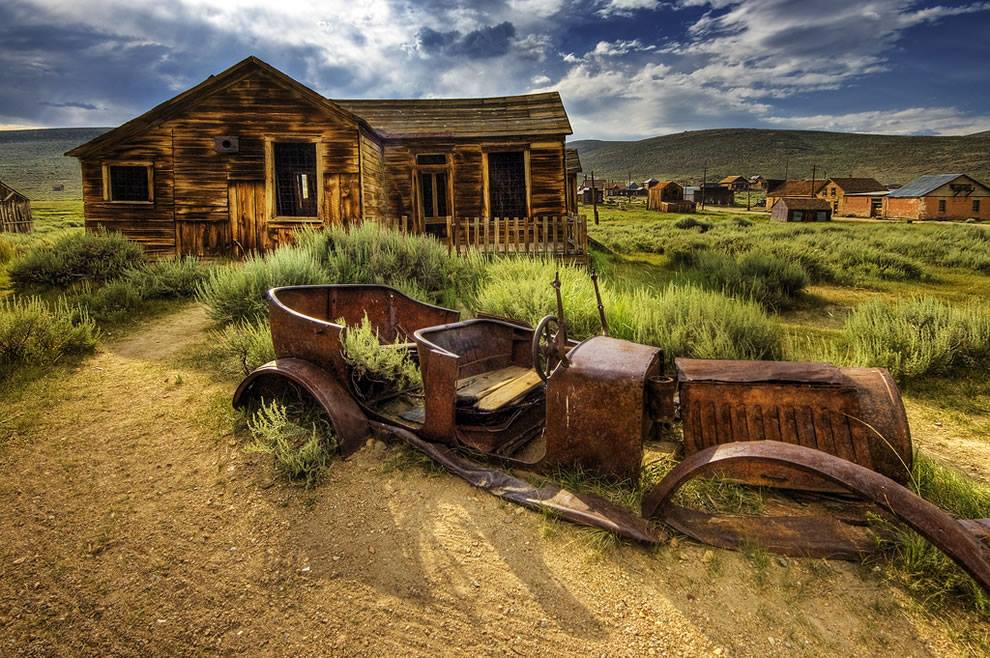 A dramatic photo of the Fouke House taken by photographer Alex Browne and shared on the Bodie Foundation’s Facebook page. 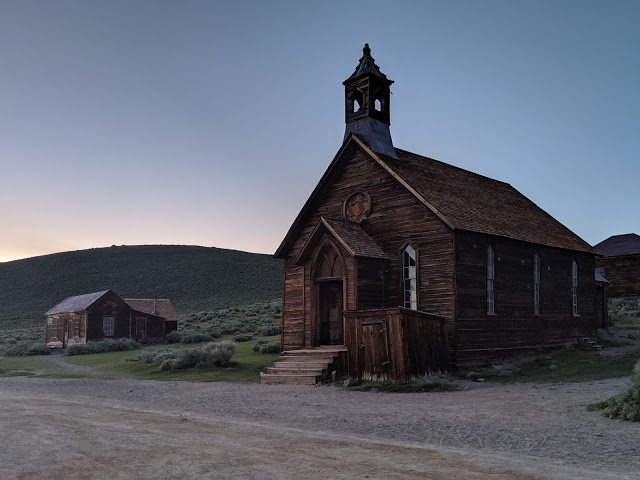 Even though there were 65 saloons and a busy red light district at Bodie’s heydey, the residents still made religion a part of their lives. 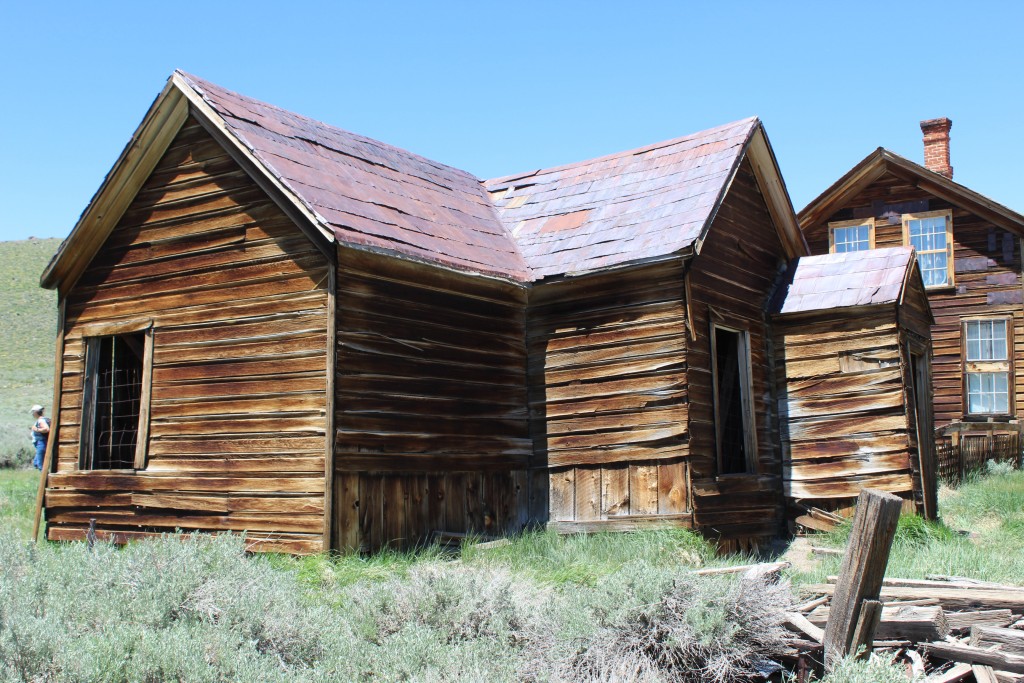 The Cain family was one of the largest landholders in Bodie, and the family’s descendants were among the last to leave the town. As described by a fascinating 1989 Los Angeles Times article,

“Jim Cain brought electricity to the town over the world’s first long-distance power line–13 miles from a hydroelectric plant. He made a fortune building a huge cyanide plant, one of the first of its kind, and extracting gold from the Bodie tailings with it. He wound up owning the town and the 550 acres of Bodie’s diggings when mining ceased and everyone left.

“To his dying day, Jim Cain told his children and grandchildren never to sell Bodie Bluff and 9,000-foot-high Standard Hill overlooking the town because “there’s a lot more gold in the mountain waiting to be found.” This admonition and a love for Bodie became the Cain family legacy. You can hear it in the reflections of Jim Cain’s 71-year-old grandson, Walter, as he talks about the old one-room Bodie school: ‘My desk with my name carved in it is still there,’ he said…”

The D.V. Cain Barn is located right in town, and is often visited by summer tourists! We’ll be working while the town is open, and we are positive that many passersby will be so inspired by our work they will choose to volunteer or donate themselves.

According to the Bodie Foundation, “The Fouke home is located on Wood Street. It is one of the few homes that still stand in the neighborhood. N.B. Hunewill staked out his sawmill here in the early days, which lent the name to the street. It wasn’t long before lots were sold and houses were built. Residents of Wood Street enjoyed elevated views of town, the tip of the Sierra in the distance and some could see the racetrack and ball field on Booker Flat. This street was certainly ‘quieter’ than others in town and was considered safe for kids to play as it didn’t have a lot of traffic. The school was conveniently located around the corner and the Catholic Church was built on the east side of the Street.” The Foundation goes on to say that it was “A great place to grow up.”

SESSION DATES: September 12-17, September 19-24, and September 26 – October 1. There will be two concurrent volunteer crews at this site, working on different buildings within the park!

ARRIVAL/DEPARTURE TIMES:  Plan to arrive between 6pm and 8pm on the first day of your project session, and depart after lunch on the last day. Work will generally start around 8am each day, and we’ll wrap up around 4pm.

LOCATION: Bodie State Historic Park is located just an hour from Yosemite National Park in the Mono Basin. Camping permitted at Milk Ranch, a short commute to the jobsite. Tents, truck campers, campervans, and small RVs/trailers are permitted. Hookups are not available and the ground may not be completely level. Come with full water tanks and empty waste tanks.

Dogs are not permitted in town. Dogs can remain at the Milk Ranch campsite during the day.

Support the next phase of preservation work at Bodie State Historic Park through purchasing artful photography of the town on the Bodie Foundation’s website. Funds raised will go directly to help stabilize buildings at Bodie. Browse available prints here.

Volunteers will work alongside expert field staff to learn the following skills and techniques to preserve and stabilize three buildings in Bodie so they can continue to contribute to the cultural landscape while serving as an educational and interpretive site.

The Railroad Office work will continue for the duration of the project. We estimate the D.V. Cain Barn and Fouke House work will each take a shorter amount of time. Field staff will assemble volunteer crews for each project site according to volunteer preference and project needs.

We’re happy this project has inspired you to volunteer! Choose your session and register below! Note: This project will have a “double crew!” There are up to 14 project volunteer spots, plus one Kitchen Helper on each session. Due to high interest in this project, please do not register for more than two sessions. If you would like to be considered for an exception, please email volunteer@historicorps.org.