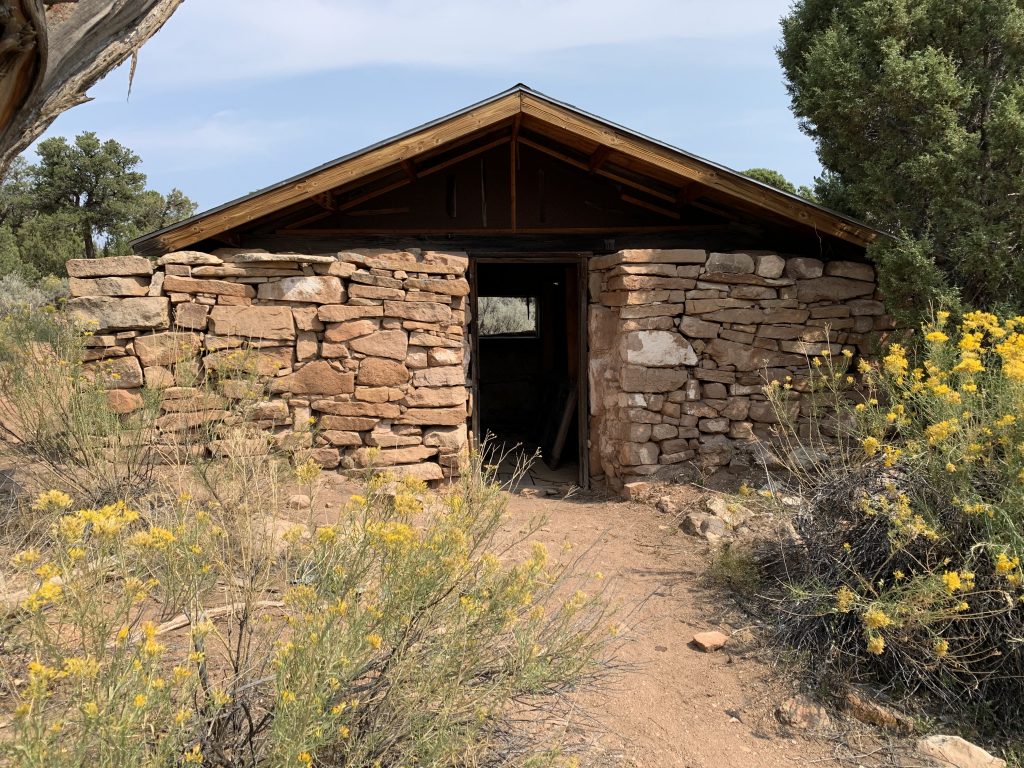 Calamity Mesa, outside Gateway, Colorado, held valuable vanadium, uranium, and radium. Calamity Camp was home to mining families who lived a harsh and dangerous life in order to mine the heavy metals critical to WWI, WWII, and Cold War efforts. Today, the site is on the National Register, and Calamity Mesa remains a stunning outdoor recreational area for those willing to go the extra mile!

Miners in Calamity Camp, which is located on historically Ute land, extracted uranium, vanadium, and radium from Calamity Mesa from 1916-1980. Uranium is found in several places around Colorado, but 77% of the state’s of uranium and vanadium is found in “numerous and relatively small mines in the Uravan mineral belt located in Mesa, Montrose, and San Miguel Counties” (Colorado Geological Survey). Colorado’s last uranium mine closed in 2005. Today, uranium is used in many industries, especially nuclear power generation. Historically, though, its use was primarily military. During WWI, molybdenum (“Molly B”), which was also mined in Colorado, was critical to the weapons manufacturing (primarily artillery guns and weapons requiring strengthened steel). When the Central Powers suffered a shortage of molybdenum, they turned to ferrouranium alloys as a substitute. Hence, uranium mining became an important part of the war effort. This use of uranium continued until WWII’s Manhattan Project, and later Cold War, which instead required significant quantities of uranium for fission research and nuclear weaponry (learn more). By the 1980s, however, demand for uranium was down and Calamity Camp became a ghost town.

The miners who lived in Calamity Camp lived harsh lives, and exposed themselves to significant dangers. They worked with heavy machinery and explosives, they breathed bad, dusty air, and although it wasn’t entirely known at the time, they were regularly exposed to radioactive materials. Not only during the work day was life hard: back at camp, there were minimal amenities. Minimal transportation infrastructure made it hard to access resources, and it is reported the camp did not have electricity until 1950.

Uranium mining touches on almost all aspects of society, from warfare, to economics, to health, to social discrimination, to justice. Looking at the impact of uranium extraction through the lenses of public health and environmental justice can offer a critical perspective on this broad topic. As a starter read, check out the 2019 AP article “Mining camp alive in memories of Navajo uranium victims” and go deeper with Brugge and Goble’s 2002 article, “The History of Uranium Mining and the Navajo People,”  And, you can dig into the Radiation Exposure Compensation Act (RECA) to learn how the Department of Justice is handling compensation for victims of the externalities of uranium mining.

In 2007, the BLM, in partnership with the Museum of Western Colorado and the Gateway Canyons Resort, worked to stabilize and protect some of the camp’s buildings and structures. Four years later, the site was placed on the National Register of Historic Places. By preserving Calamity Camp, we ensure future generations can continue to learn from the legacy of uranium mining activities in Colorado.

Today, the site is located near splendid Western Slope recreational opportunities, including Jeeping, hiking, mountain biking, and more. It is highly likely volunteers will get to enjoy the beautiful, yet fleeting “turning of the aspens” during this project. Sign up today! 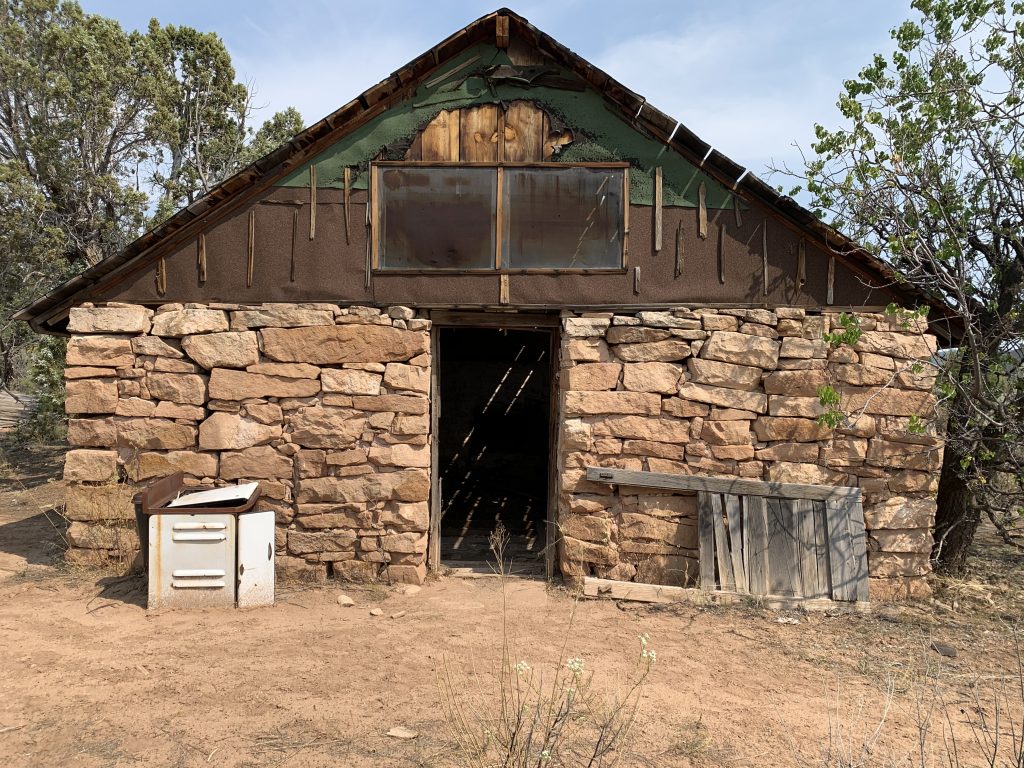 This cabin is one of the more well-preserved buildings in Calamity Camp. 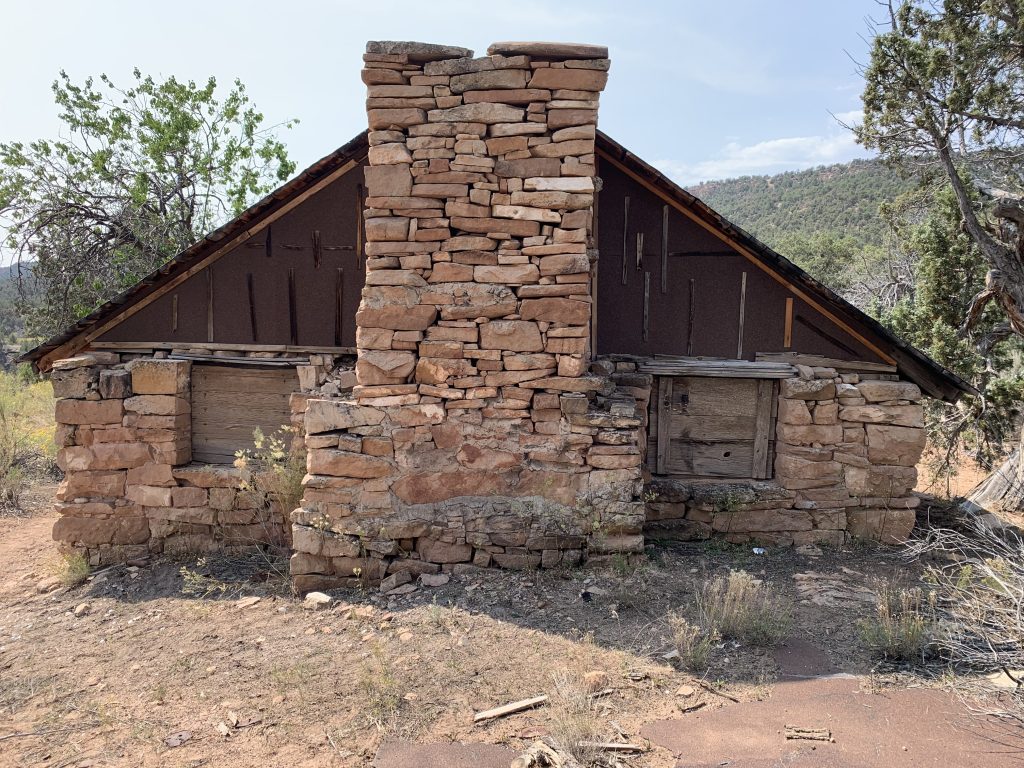 See the chimney in this cabin? A proper fire would be critical to surviving cold winter nights! 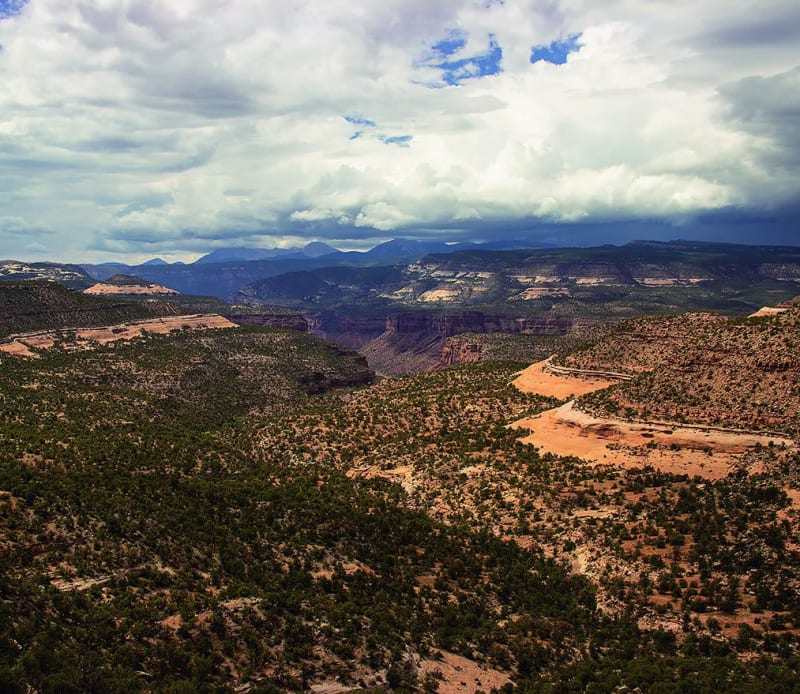 There’s no experience quite like seeing sun and shadow course over the mesas of Colorado’s Western Slope throughout the day. The night skies are sure to be brilliant at this remote location!

SESSION DATES:  September 19-24, September 26 – October 1, October 8-13. Please plan to arrive at our campsite no earlier than 5pm and no later than 7pm on the first day of your session.

Medium- or high-clearance vehicles required. Something like a Subaru Forester or Toyota RAV-4 will be fine. The final quarter-mile requires 4WD, but, volunteers without 4WD can leave their cars just below and either ride up with HistoriCorps staff or walk up. Those with confident driving skills and something like a small teardrop trailer can also access this site.

HistoriCorps is committed to educating and training volunteers in preservation skills, with an overarching mission of inspiring a preservation ethic in all those involved. Learning and working alongside expert HistoriCorps field staff, volunteers will learn the skills necessary to preserve and stabilize two miner family residences at Calamity Camp.

When we finish the above scope of work, we’ll tackle these small tasks: 15%