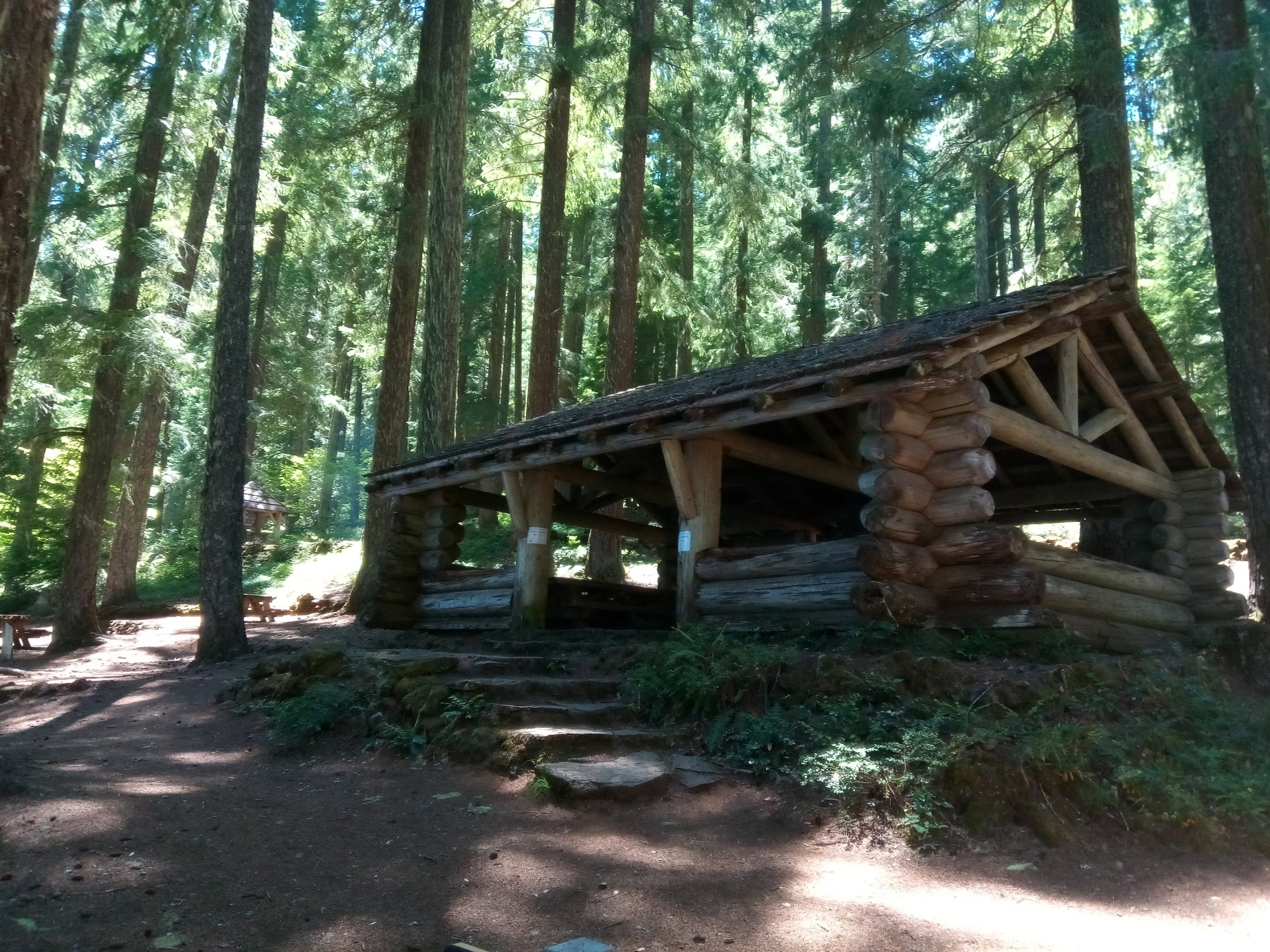 Clear Lake,  formed by lava flows three thousand years ago, boasts crystalline waters with visibility up to one hundred feet deep. The natural beauty of this area has inspired people for generations. The lake’s nearby picnic shelter, constructed by the CCC of local natural materials, is the focus of this HistoriCorps project.

Located high in the Cascades, Clear Lake was formed by lava flows three millennia ago. Today, it is ringed by Douglas fir, Western Hemlock, Oregon grape, wild rose, beargrass, blackberries, ferns, vanilla leaf, and more. Native cutthroat trout call the lake home, although other trout varieties have made their way here as well. By the 1880s, Euro-American settlers were using trails and the Santiam Wagon Road to access the crystalline lake for recreational purposes. Not too long after, the Forest Reserve system (precursor to today’s USDA Forest Service) reserved land along the lakeshore; and in the 1910s, two companies filed official permits to build hydroelectric power infrastructure in the area. Only one permit was granted, and the fortunate company began to build a variety of cabins and outbuildings near the lake in preparation for the project. However, the hydroelectric plans were never realized, and the Forest Service revoked the permit.

In the decades following, tourists – now armed with motor vehicles and a more developed road system – expanded their recreational exploits. The Forest Service promoted outdoor recreation through permitting individuals to build recreational cabins, motor lodges, and related infrastructure. Outdoor recreation was, and still is, seen as a strong American value. To that end, just a generation later, during the Great Depression, the CCC constructed a humble, yet well-built, picnic shelter that is still in use today. The Civilian Conservation Corps was a Depression-era poverty relief program of the U.S. Government which put young men to work on public benefit projects, especially on public lands. Corps members would receive three square meals per day, and $30 per month – $25 of which was given directly to their families.

The Clear Lake Picnic Shelter is constructed of local, natural materials; those familiar with CCC-constructed buildings and structures will recognize the distinctive rustic style. Today it is still in use as a picnic shelter, as well as a warming hut in the winter for hunters and cross-country skiers.

Our campsite at Fish Lake Remount Depot is fascinating. The first structure at Fish Lake was a roadhouse built in 1867 by the Willamette Valley and Cascade Mountain Wagon Road Company to accommodate travelers along the Santiam Wagon Road. It became a Forest Service outpost in 1905. Activities at the site now focus on interpretation, historic preservation and landscape restoration. Learn more here. Volunteers on this project will experience beautiful natural surroundings while honoring the history of this incredibly special place. 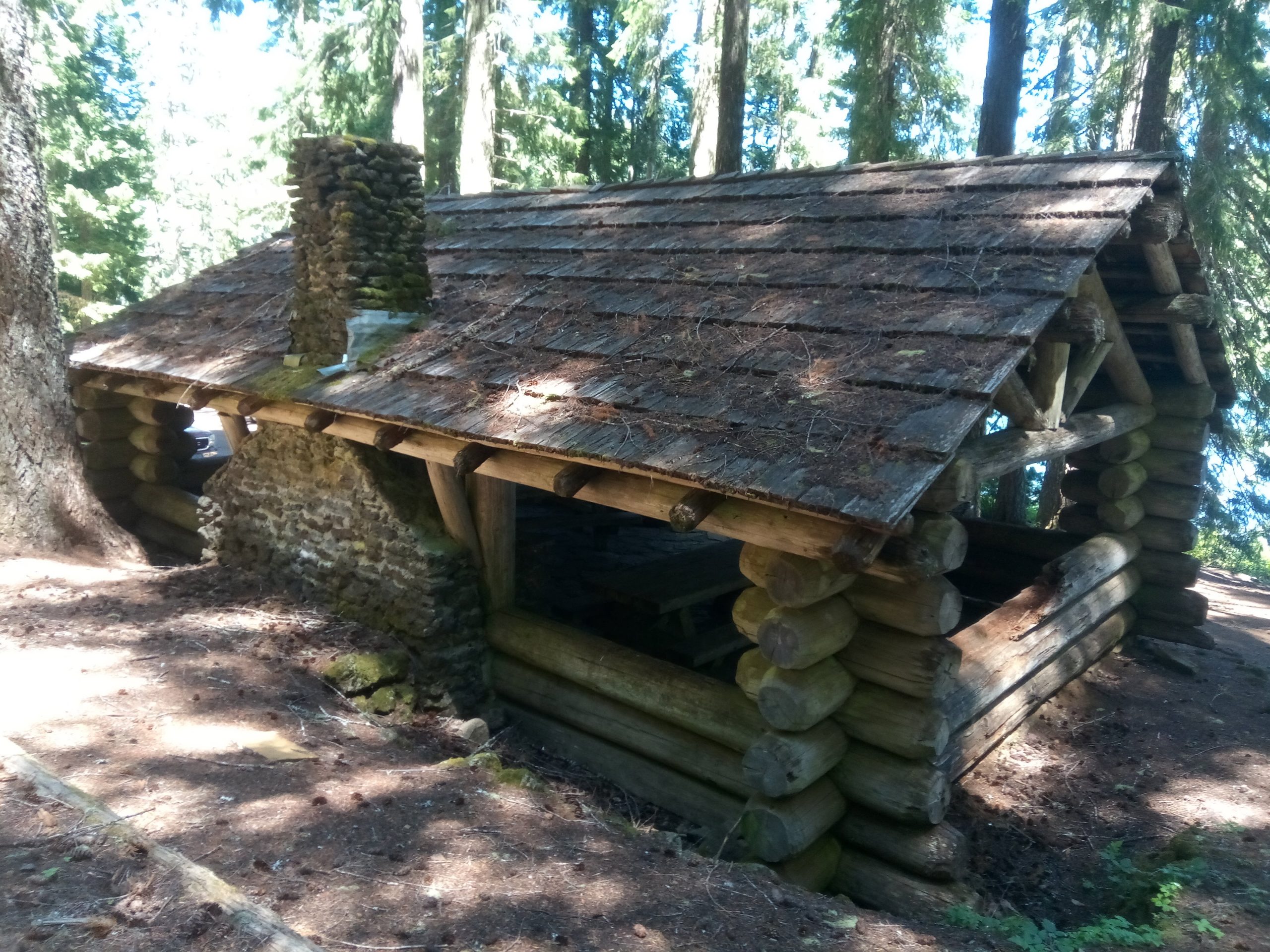 The picnic shelter’s logs, stone fireplace, and shingle roof are in need of repair and replacement. 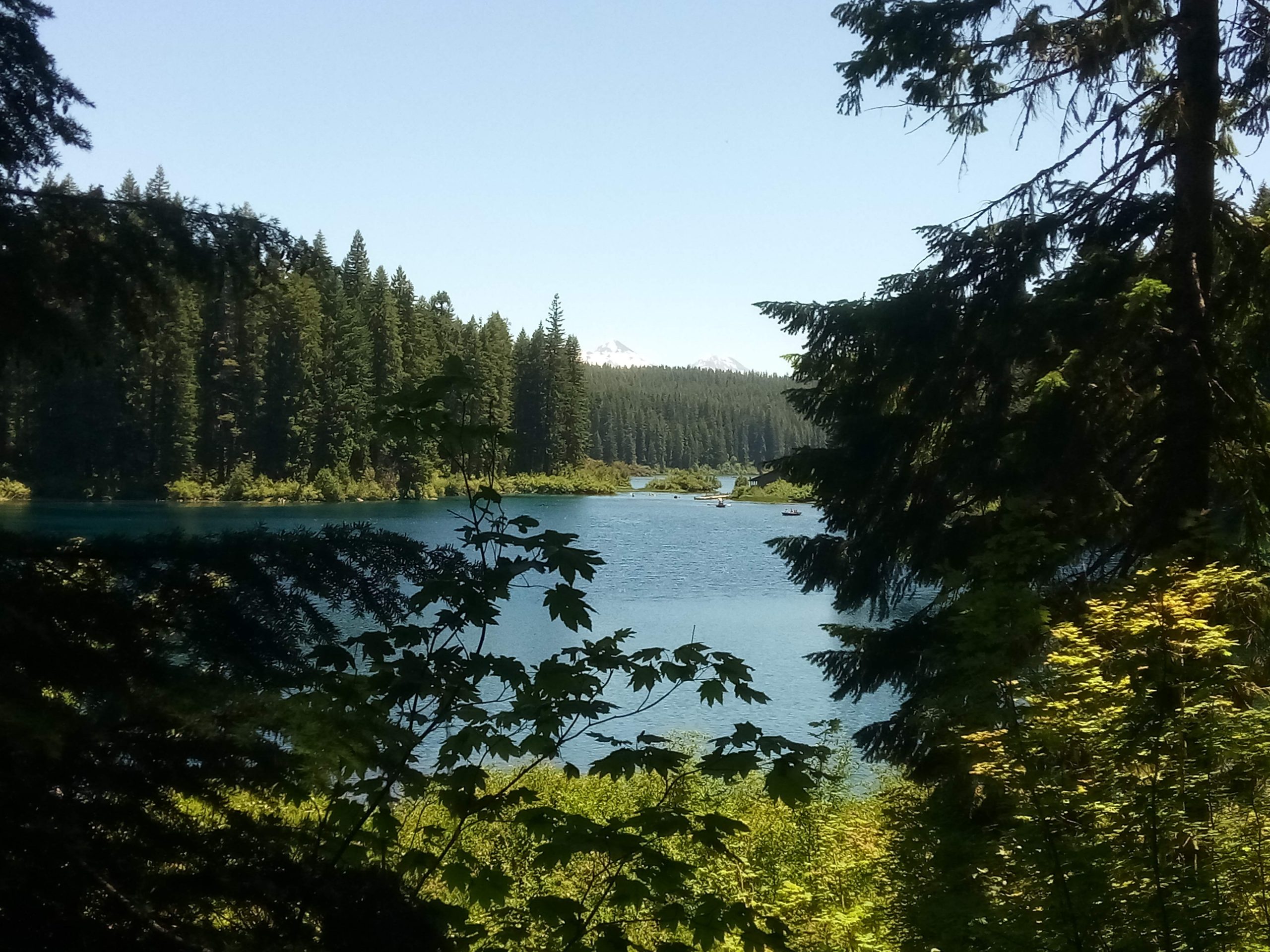 Clear Lake offers superb sightseeing and recreational opportunities. Anglers may enjoy fishing this lake as well, but be sure to get your permit and check local conditions! 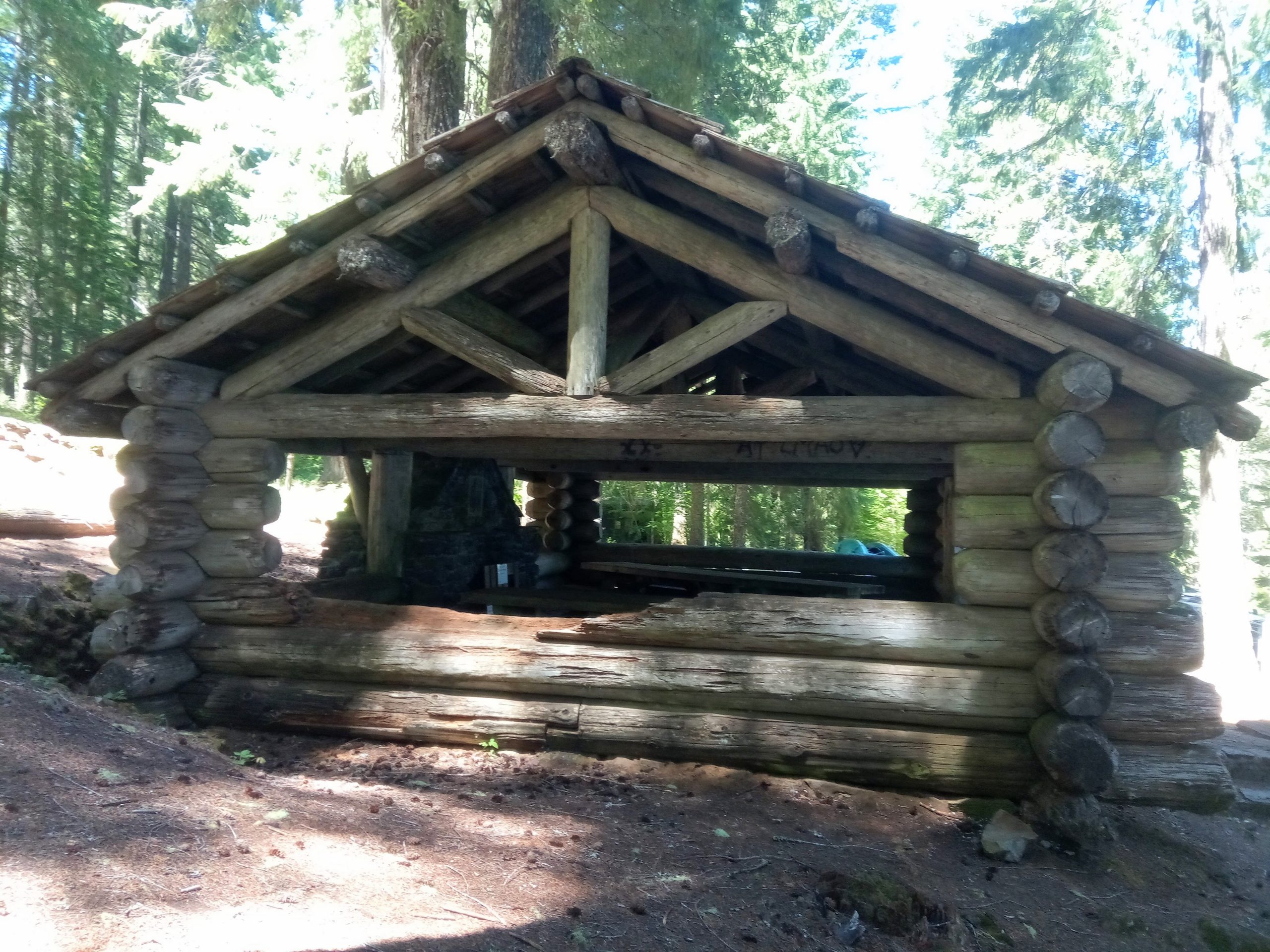 The CCC built iconic, rustic-style structures like this one across the country.

We are delighted to partner with Northwest Youth Corps on later project sessions here!

We will camp just 2.5 miles away and commute to the jobsite daily. Tent campers, truck campers, and those with small-to-medium RVs/trailers can access this campsite. However, there are no hookups and the ground may not be perfectly level.

HistoriCorps is committed to educating and training volunteers in preservation skills, with an overarching mission of inspiring a preservation ethic in all those involved. Learning and working alongside expert HistoriCorps field staff, volunteers and youth conservation corps members (across different work sessions) will learn the traditional skills necessary to preserve and restore elements of the Clear Lake picnic Shelter. Volunteers should expect to work on scaffolding occasionally as well as assist with lifting logs.