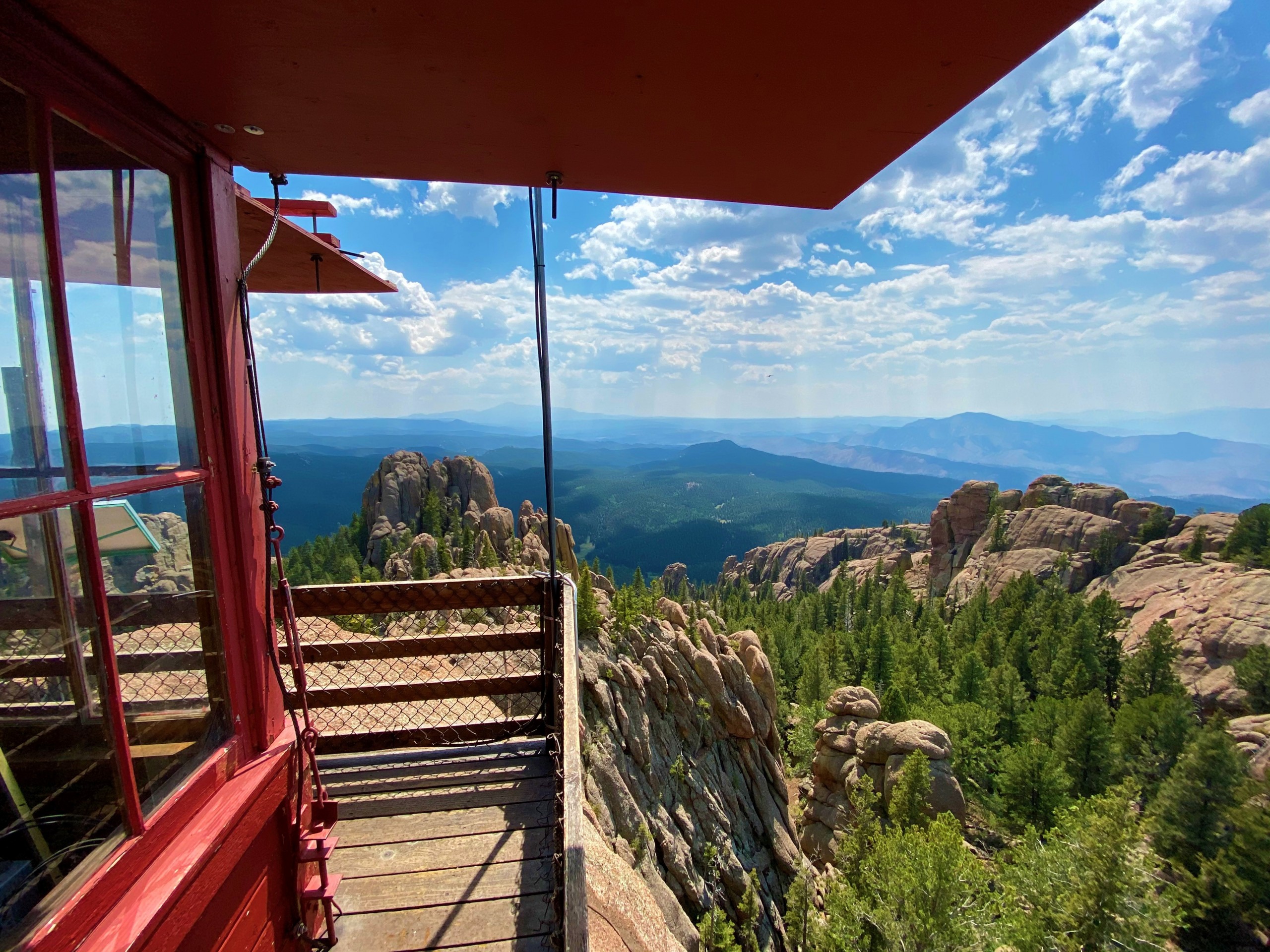 This project was HistoriCorps’ only fire lookout site in 2020! The trail to the lookout is an extremely popular day hike, due in no small part to the incredible views from the top!

The Devils Head Fire Lookout was established in 1912 and its original tower was built in 1919. In this same year, massive changes were taking place across the world: The Treaty of Versailles officially ended WWI, and in the United States, women gained the right to vote, Prohibition was enacted, and more than 25 race riots were held across the country that summer – the Chicago Race Riots being the most severe. The country at the time was also finally recovering from the 1918 H1N1 pandemic.

During that time in the Pike-San Isabel National Forest, several improvements were being made. The road up to Pikes Peak (14,110′) was completed in 1915 and tourists flocked to the opportunity to drive up this “fourteener.” Wildfire and land management practices continued to improve, and constructing and staffing fire look out towers like Devils Head was part of a larger forest strategy.

Modern fire management technology has surpassed the need for historic fire lookout towers like Devils Head. Many lookout towers have been torn down, turned into overnight rentals, or left in states of disrepair. Devils Head, located at the top of the Rampart Range, is unique in that it is still staffed and cared for by the forest and partner organizations like HIstoriCorps.

Volunteers helped repair and restore 19 windows at the lookout, some of which were damaged in wind events in recent years.

This photo from TripAdvisor.com gives an idea of the stair-climbing required to access the lookout! Those with an average level of fitness will be able to manage this hike.

Aspen trees line the trail up to Devils Head Lookout in this photo shared by DayHikesNearDenver.com 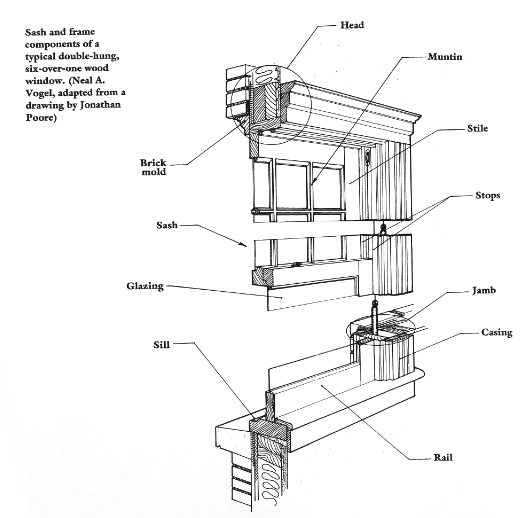 Volunteers will become very familiar with window anatomy on this project.

Learning and working alongside expert HistoriCorps field staff, volunteers restored 19 windows that suffered from failing glazing putty (the material that holds panes of glass in place), sun damage, cracked wood elements and glass, and more. Because windows are such complex building features, volunteers learned a lot of different skills needed to work on different parts of a window (see the window anatomy illustration above).