Once home to the first Chief of the Forest Service, Grey Towers was later named “the birthplace of the American conservation movement” by John F. Kennedy.

For those familiar with the history of the USDA Forest Service, wildfire management practices, or Pennyslvania politics, Grey Towers needs no introduction. For the uninitiated, this magnificent building was home to Gifford Pinchot, first Chief of the Forest Service and two-time governor of the Keystone State. Pinchot’s legacy in wildfire management is told alongside that of Teddy Roosevelt’s in Timothy Egan’s bestselling book The Big Burn. John F. Kennedy further enshrined the cultural importance of Grey Towers when he named it “the birthplace of the American conservation movement.” Lastly, the architects in our community will recognize the work of Richard Morris Hunt – who not only designed Grey Towers, but also founded the American Institute of Architects.

Gifford Pinchot was born into a wealthy and well-connected family. He was educated at L’Ecole Nationale Forestiere in Nancy, France, where he learned the science behind his love of the natural world. Upon his return to the United States in 1890, he wryly observed, “the nation was obsessed by a fury of development. The American Colossus was fiercely intent on appropriating and exploiting the riches of the richest of all continents.”

Over the next twenty years, Pinchot dedicated himself to enshrining responsible forestry and natural resource conservation practices in the US culture and government, using the guiding principle “the greatest good of the greatest number in the long run.” He found a kindred spirit in President Theodore “Teddy” Roosevelt, and was appointed Chief of the Forest Service in 1898. When reflecting upon Pinchot’s service and accomplishments, Roosevelt remarked, “. . . among the many, many public officials who under my administration rendered literally invaluable service to the people of the United States, Gifford Pinchot on the whole, stood first.”

Grey Towers was completed in 1886 by Gifford’s father, and the Pinchot family resided there during the summer months. In 1914, Gifford married Cornelia Pinchot (nee Bryce). According to the US Forest Service, “The power couple continued to use the home for entertainment and their guests helped move forward their conservation, political and social justice platforms. Gifford was elected Governor twice, supported primarily by working class, agriculture and new women voters.”

Grey Towers was donated to the US Forest Service the Pinchot family in 1963 for the purpose of continuing to teach the principles Gifford prized. Today, the site is used for public programs and interpretive tours, education, seminars, and more, with a focus on bringing together “a diversity of leading conservation and environmental thinkers to help guide the future of natural resource conservation.” Learn more here.

Above: Gifford Pinchot, first Chief of the Forest Service and two-time Governor of Pennsylvania

Below: Another view of Grey Towers

Below: Star Terrace, the focus of our project

HistoriCorps is committed to educating and training volunteers in preservation skills, with an overarching mission of inspiring a preservation ethic in all those involved. Learning and working alongside expert HistoriCorps field staff, volunteers learned these traditional skills necessary to restore Grey Towers’ Star Terrace. 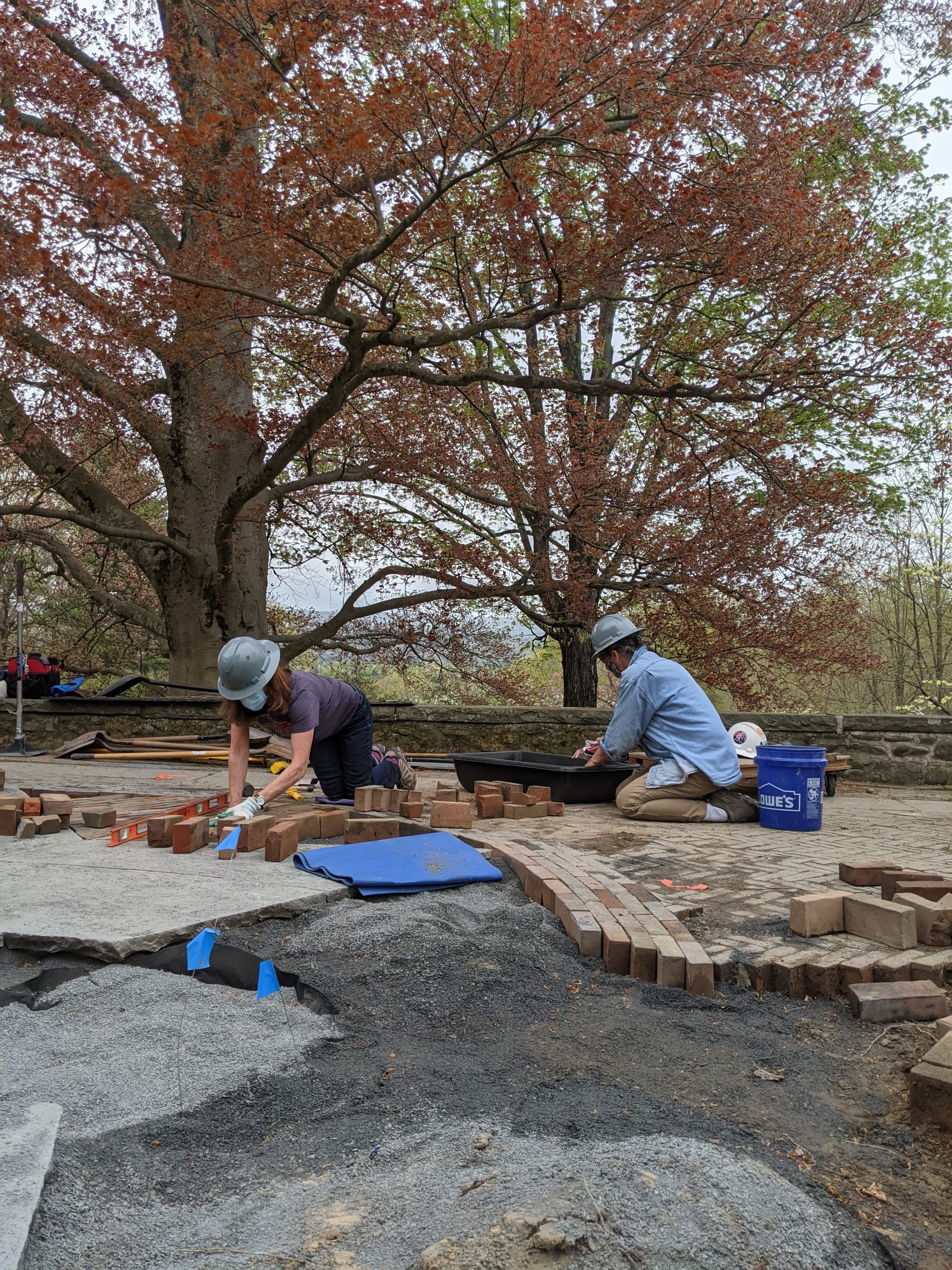 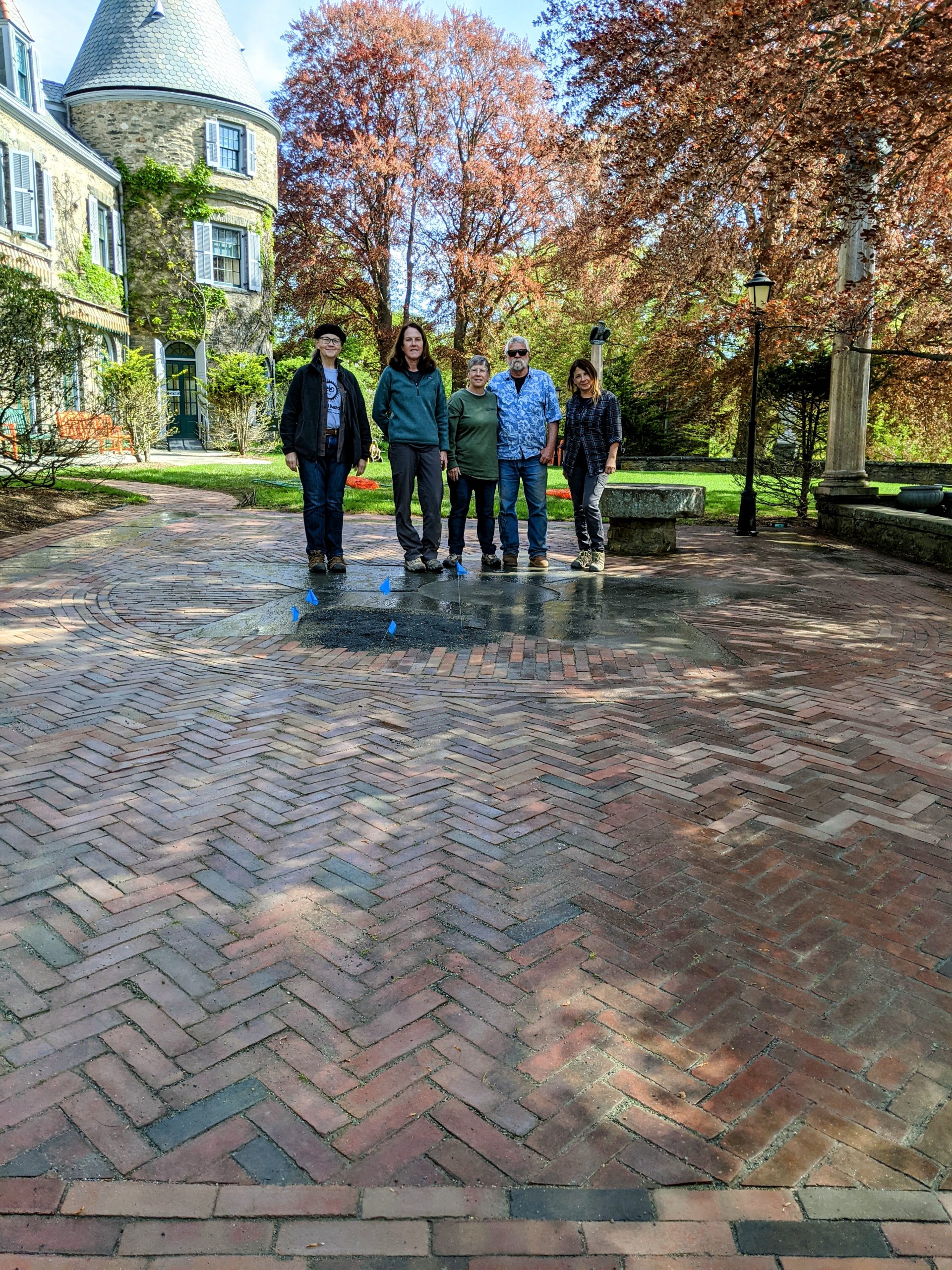