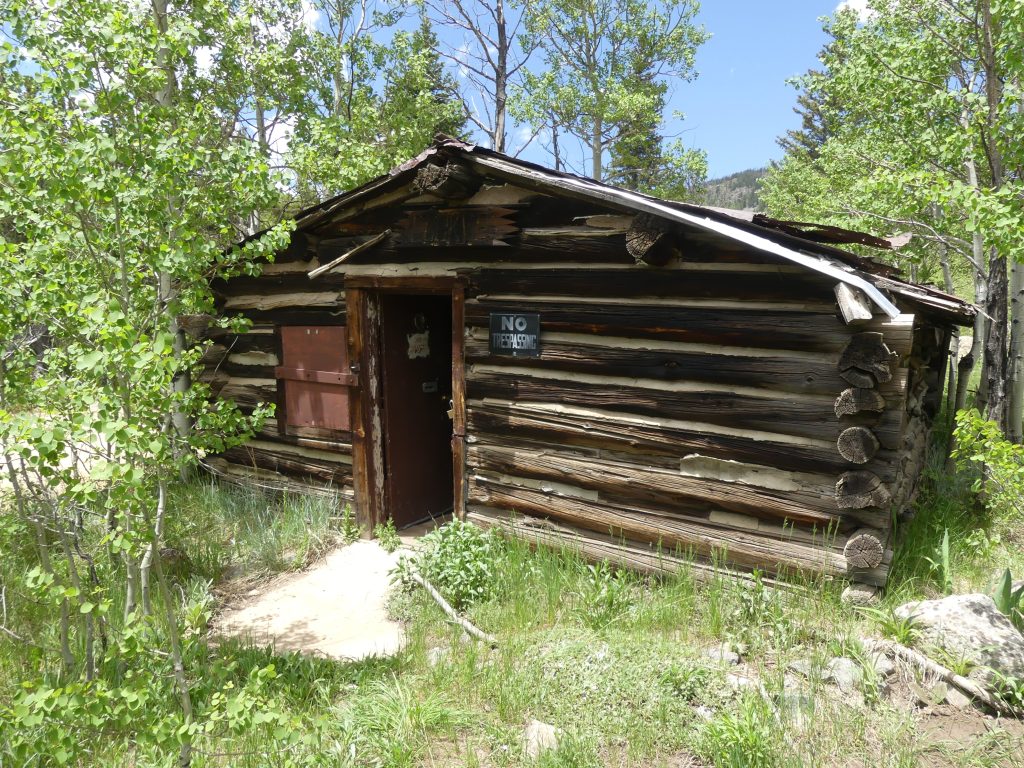 Located near a wildly popular (and beautiful) hiking area, the Hessie Cabin is one of the last remaining traces of a short-lived Gold Rush boomtown west of Nederland, CO. HistoriCorps volunteers will take on a major rehabilitation project here – and in the future, the cabin may be available for overnight rentals!

Today, Colorado is celebrated as a dream destination for outdoor lovers, but much of the state’s history and current economic activity is rooted in mining. The discovery of gold on Pikes Peak (historically inhabited by Jicarilla Apache, Cheyenne, and Ute Nations) in 1858, which led to the Pike’s Peak Gold Rush, was a pivotal factor in the development of the current state of Colorado. The Rush brought record numbers of prospectors (by some estimates 100,000 people) to the mountains known as Colorado’s Front Range. The population growth that resulted from miners and their families flocking to the area led to the establishment of the Colorado Territory only three years later,  in 1861.

Roughly thirty years after Colorado became a territory, the town of Eldora (historically inhabited by Cheyenne Nation peoples, and currently part of Boulder County) was established. Eldora served as the local center of gold mining activity west of Boulder. After Eldora (peak population 1000) was settled, the lure of gold brought another wave of miners to the vicinity, and a smaller camp town, “Hessie,” grew up a few miles to the west between 1895 and 1905. Hessie Cabin, AKA “Kennewick Cabin,” is one of the few standing residential structures left from Boulder County’s mining history. Kennewick Cabin, built in Hessie prior to 1906, is an excellent example of the type of cabin miners living and working in the Front Range during the 19th century would have lived in.

When Captain J.H. Davis brought his wife, Hessie, to the new settlement, she made herself indispensable by launching a crude postal facility in the Davis Cabin. In gratitude, the miners decided to name the settlement “Hessie” in her honor. The town of Hessie was thus added to the map of Colorado. Hessie supported about eighty residents at its peak. Located just east of where the North and Middle Forks of Boulder Creek come together, the settlement at its peak had several stores, a schoolhouse, boarding house, sawmill, and residences. The high elevation, about 8,600 feet, made agriculture difficult, but some settlers managed to grow hearty vegetables like potatoes, radishes, carrots, and peas.

Mining efforts continued until about 1904, but gold mining around Eldora and Hessie was never as productive or profitable as hoped. To make up for the lack of mining profits, a large-scale timber business was started in Eldora. In 1899, a massive fire swept through the mountains surrounding the town. Eldora itself did not burn, but the trees in the neighboring mountains were gone, marking the end of lumbering. With mining unprofitable, the timber gone, and an unforgiving climate, there was little to encourage residents to stay. By 1910, the towns of Eldora and Hessie were mostly abandoned, but (according to the book Colorado Ghost Towns), not before Hessie became the site of a complicated murder case that remains unsolved to this day. 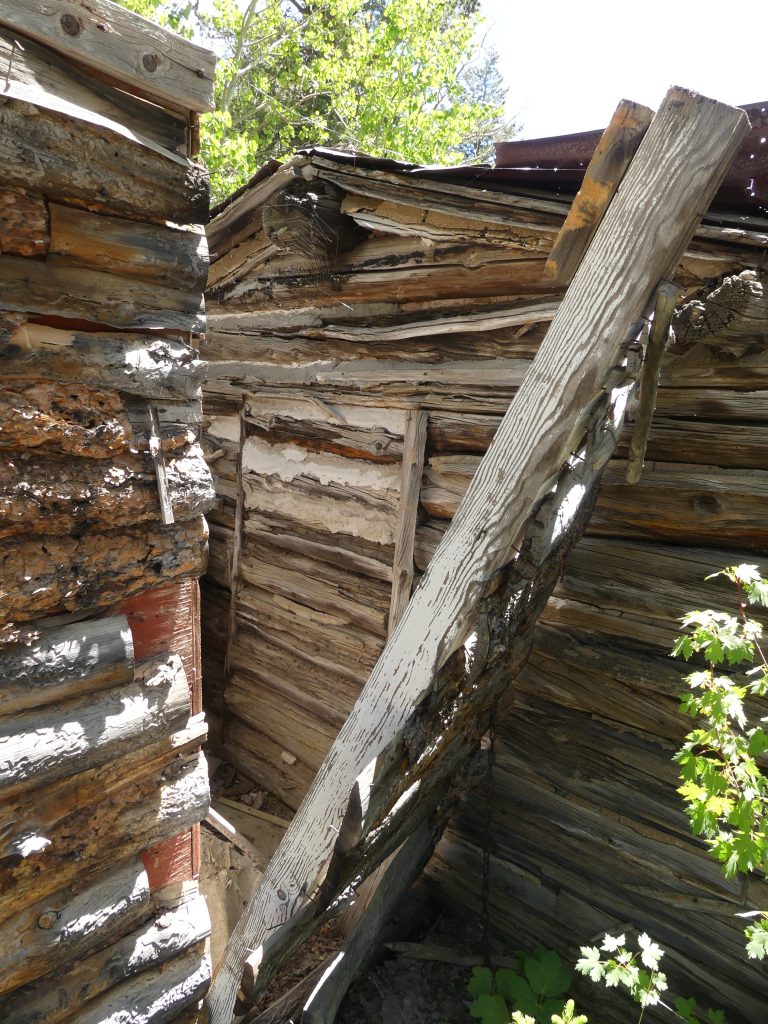 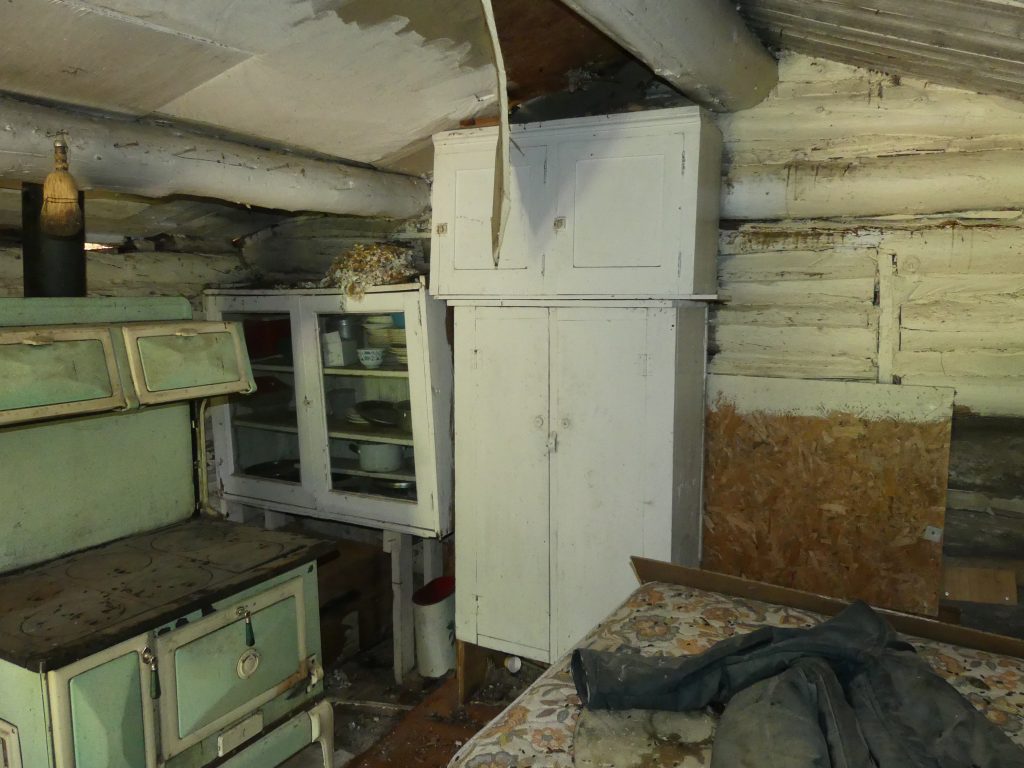 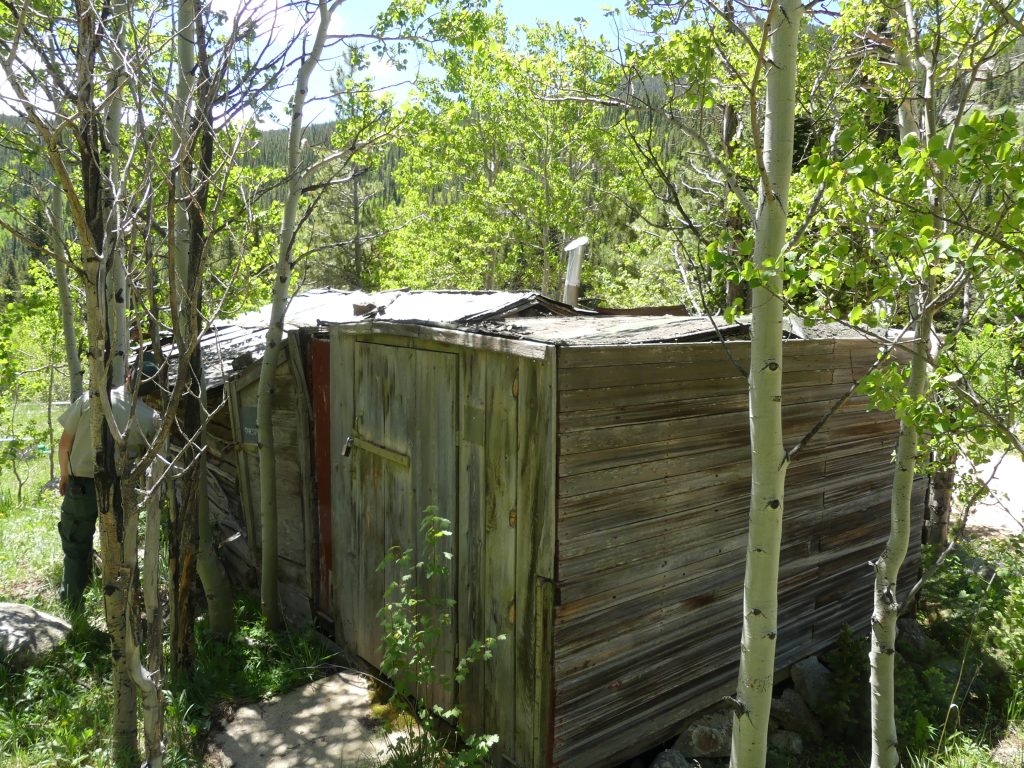 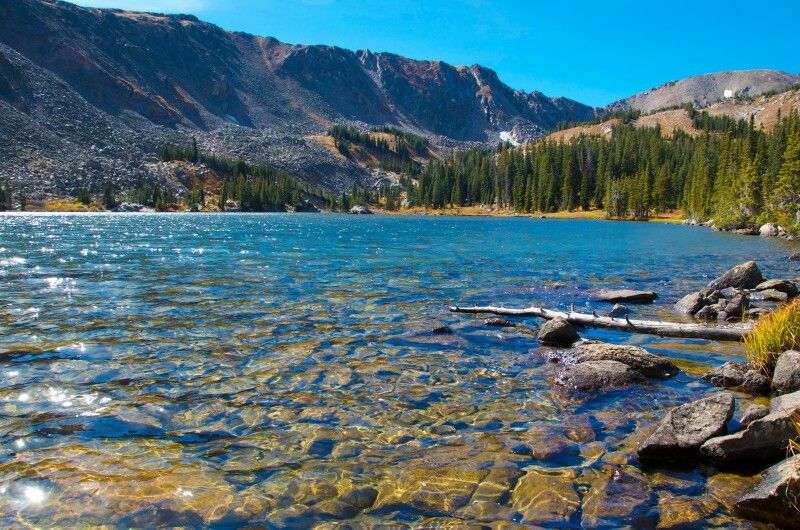 The scenic Diamond Lake lies just down the road from the Hessie Cabin by way of the popular 4th of July Road.

LOCATION: Hessie Cabin is at an elevation of 9,000 feet and we strongly recommend acclimating to before arriving on project.

Tents, truck campers, campervans, and RVs/trailers can access this campsite, but there are no hookups and RV spacing may be tight. Potable water and restrooms will be available. A single lane dirt road passes the cabin. The road is maintained, but can be deeply rutted. High clearance vehicles are recommended.  Unfortunately, dogs are not permitted.

WEATHER:  Anticipate high temperatures in the mid 60s and lows in the 40s. Weather conditions may be rainy, cloudy, or sunny. Volunteers are responsible for checking weather conditions before their session begins, and packing appropriately.

ABOUT VOLUNTEERING: HistoriCorps projects are free for volunteers! HistoriCorps will provide all meals, tools, training, equipment, and a campsite. Volunteers are responsible for their own transportation to the campsite, sleeping equipment, work gloves, clothes and boots, and other personal gear.

HistoriCorps is committed to educating and training volunteers in preservation skills, with an overarching mission of inspiring a preservation ethic in all those involved. Learning and working alongside expert HistoriCorps field staff, volunteers and applying the traditional skills necessary to restore the Hessie Cabin.