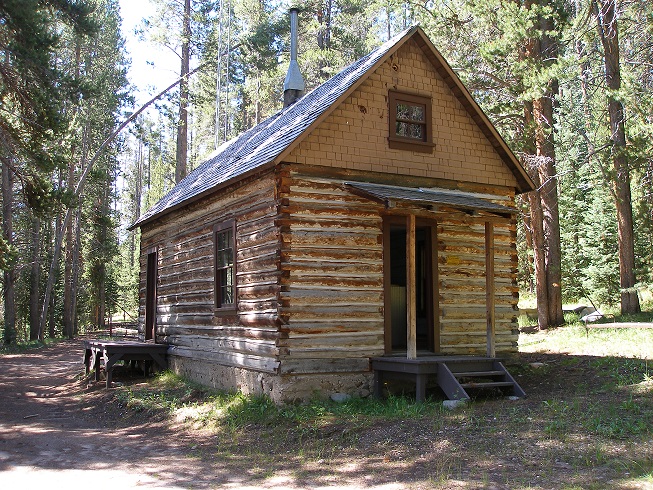 A complete rehab project on the banks of Colorado’s famed Encampment River, just south of the Wyoming border.

PROJECT DIFFICULTY:   See below for details. 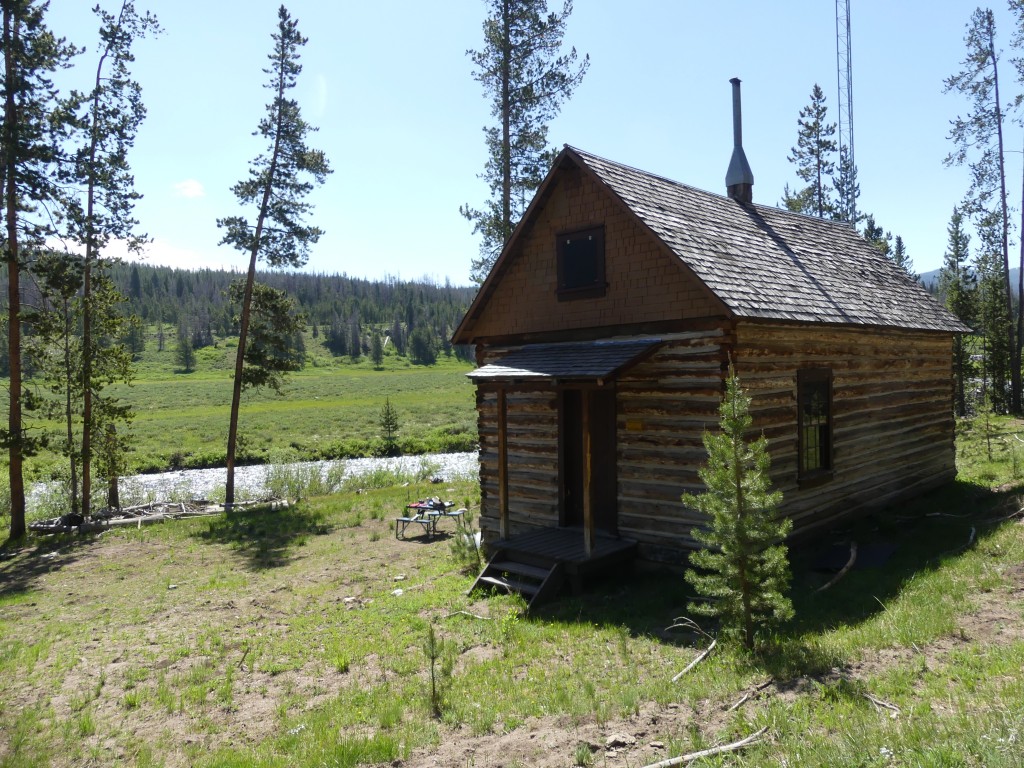 Imagine cooling off in the river after a good day’s work! 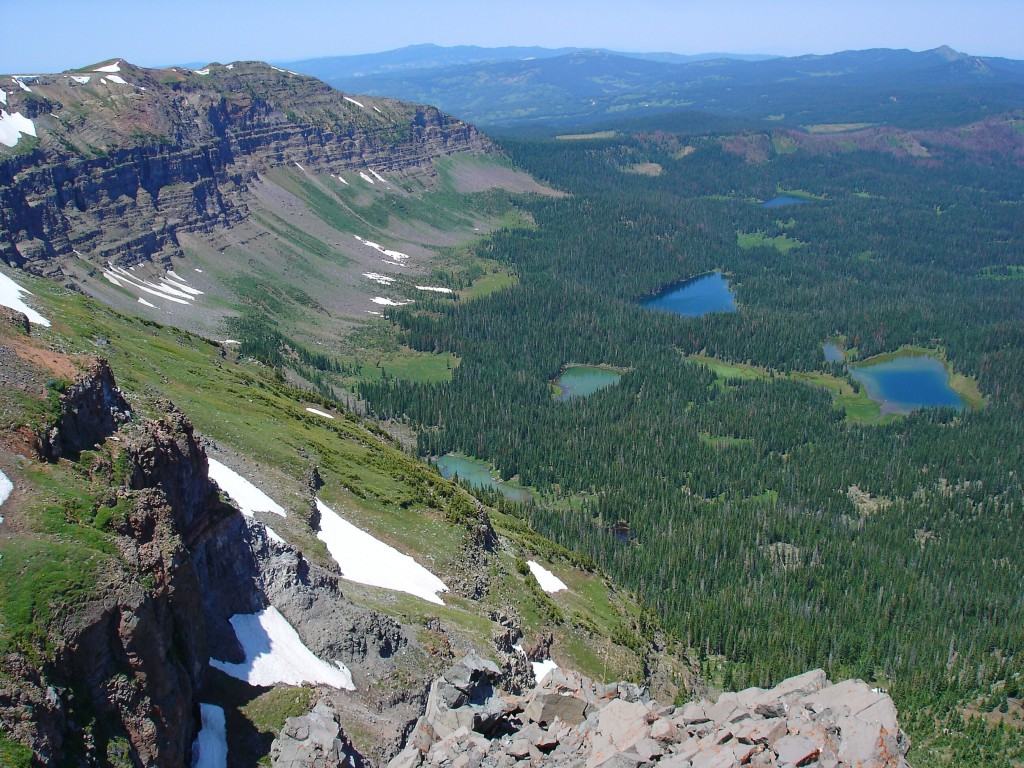 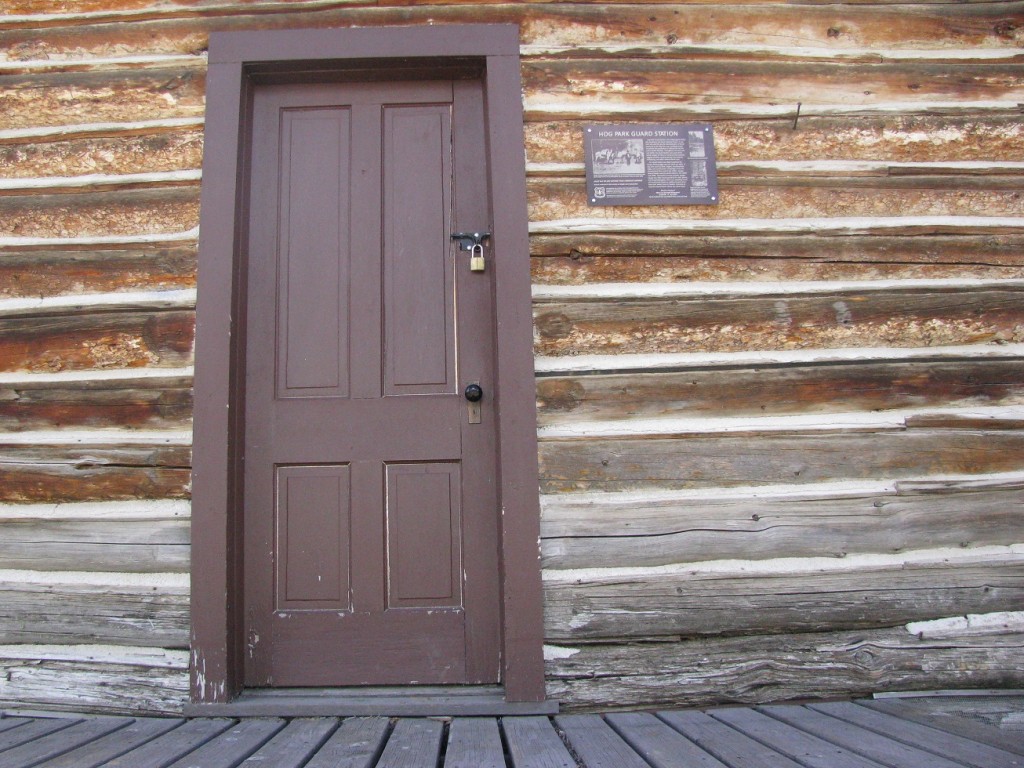 Hog Park Guard Station is now the oldest standing guard station in the Routt National Forest. Constructed with a budget of $450, the guard station and accompanying barn and fence were home to USFS rangers who worked to enforce the law in the early days of the Forest Service. A brief history of the guard station is shared in Les Joslin’s Uncle Sam’s Cabins:

“Cutting railroad ties, an activity that peaked in the Hog Park area between 1900 and 1910, seems to have stimulated establishment of Hog Park Guard Station. According to the September 18, 1902 issue of The Denver Times, the Carbon Timber Company – the company later charged with trespass – had some three hundred ‘tie hacks’ – men who cut and shaped railroad ties with hand tools – and other workers in the area to supply ties, mine timbers, and poles to the Union Pacific Railroad in Wyoming. But, by the time the guard station was completed, the timber company had ended its tie cutting operation. …Surrounded by a stand of lodgepole pine, Englemann spruce, and Douglas-fir, [the buildings’] appearance has changed little since they were built years before the Forest Service developed standard building plans.”

The Forest Service has invited HistoriCorps volunteers to do significant preservation work on this cabin, in the hopes of putting it back into public service as an overnight rental property.

Hikers, cyclists, and anglers will enjoy incredible outdoor opportunities in this mountain paradise!

Volunteers worked alongside expert field staff to learn the following skills in order to rehabilitate this historic guard station so it can one day be opened up for overnight rentals. Please note that the first three sessions will be heavier work, and the last three will be somewhat lighter work. See corresponding “color wheels” below.