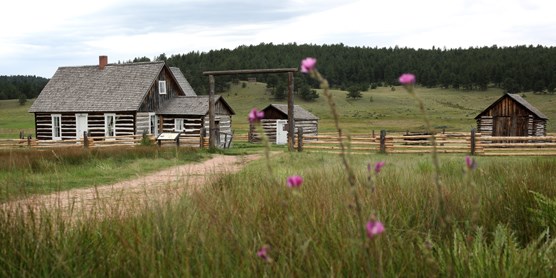 Adeline Hornbek was one of the first new homesteaders in the Pikes Peak region, making this site an important part of women’s history in Colorado. The region is also famous for its incredible dinosaur footprints at the Florissant Fossil Beds National Monument!

The Hornbek House, built in 1878, is one of the most outstanding examples of log domestic architecture in the Rocky Mountain region. The building is a 1 1/2 story structure with massive squared log walls. The house is significant for the sophistication of its log construction and for its integrity still retained through its survival of over one hundred years. The site is significant because of its association to the Homestead Act: Adeline Hornbek was one of the early settlers in the West Pikes Peak area having arrived in the mid-1870s with her four children. As head of her household, she led the first-homestead application under the Homestead Act of 1862 in the Florissant area. Defying traditional gender roles of the age, Adeline had by 1885 established a substantial ranch in an area of subsistence farming.

The log house is listed on the National Register of Historic Places as an example of an early homestead. It is an especially excellent example of homestead-era log construction, with unusual Greek Revival window trim on one wing. The property includes a number of outbuildings which were relocated to the site.

Click here to read a detailed history of Adeline’s rise to success during this tumultuous period from the National Park Service.

Nearby attractions include the Florissant Fossil Beds. From the National Park Service: “Beneath a grassy mountain valley in central Colorado lies one of the richest and most diverse fossil deposits in the world. Petrified redwood stumps up to 14 feet wide and thousands of detailed fossils of insects and plants reveal the story of a very different, prehistoric Colorado.” 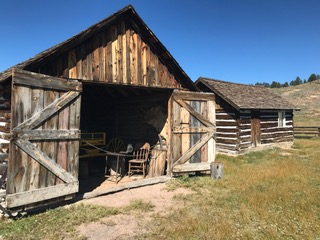 One thing we love about historic ranches is the variety of buildings and materials they feature, like this barn! 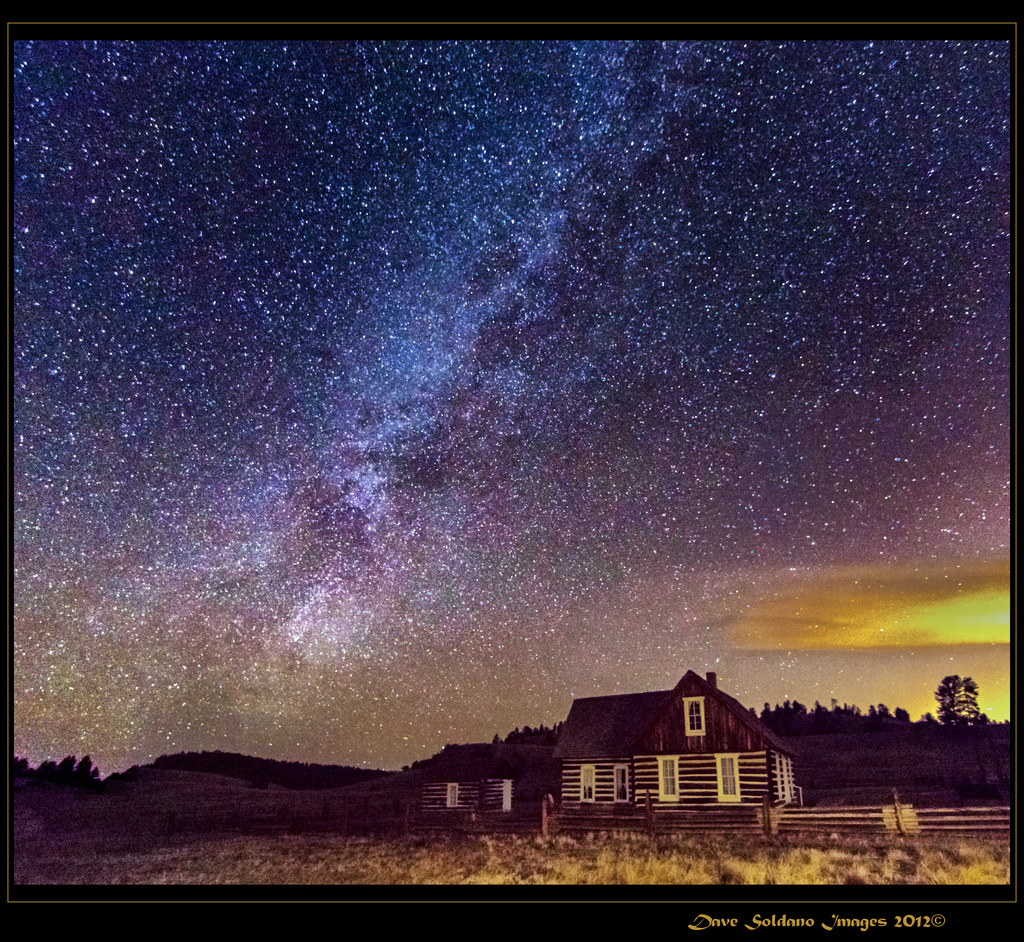 Endless night skies and sweeping landscapes will greet volunteers! Also, the last half of September in Colorado often features the “turning of the aspens” in our mountains and hills. This project was, we think, scheduled just right for us to catch the fall colors!