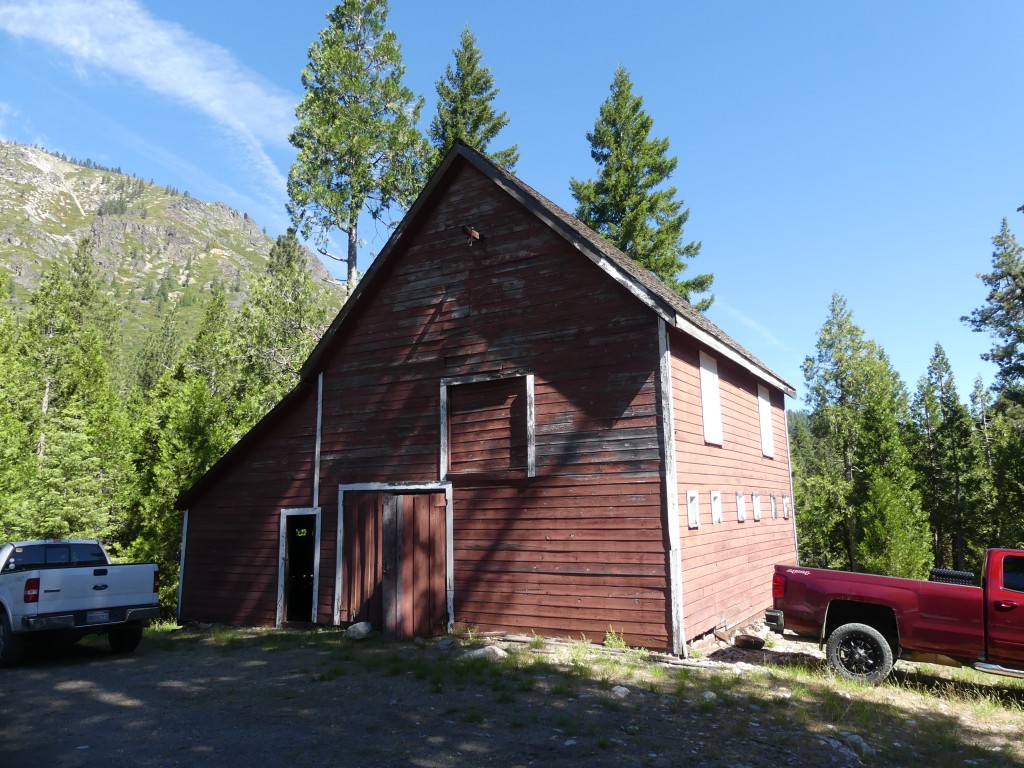 LOCATION:  Plumas-Eureka State Park is located in the mountainous heart of Gold Country, between the Tahoe National Forest and Plumas National Forest. There’s a great lake for swimming after a day’s work and fantastic hiking! Email volunteer@historicorps.org with any questions.

The Plumas-Eureka State Park was originally the home of the Northern Maidu people, whose skill as craftsmen and women was renowned. Pieces of the tribe’s intricate beadwork were especially sought after. The discovery of gold in 1848 brought an incredible influx of European miners to the region, and their lust for gold resulted in drastic consequences for the area’s inhabitants.

In January 1848, the same year Mexico ceded control of the area to the United States, gold was discovered in California. The story of what comes next is an iconic movement in American history. On December 5, 1848, President Polk’s official announcement of the precious metal’s discovery to a national audience catalyzed not just Americans, but gold-seekers from all over the world, to pack up and start the journey to California’s goldfields. The years of sleepy mission towns dotting the landscape had come to an end with the arrival of more than 300,000 speculators. The mass immigration was so fast, and produced so much wealth, that in 1850 California became the Union’s 31st state – in record time.

As word of the land’s wealth began to spread in 1848, more than 300,000 people from the States and abroad moved to California hoping to strike it rich. The sudden mass immigration had significant effect on the region’s indigenous societies, whose communities experienced displacement and attacks by gold-seekers. Meanwhile, San Francisco grew from a town of 200 to a city of 36,000 from 1846-1952. Ships, carrying goods to the new population, often lost crewmen who deserted to the goldfields. Later, the ships themselves were repurposed as warehouses, stores, and even a jail.

Plumas-Eureka State Park, our home for this preservation project, contains incredible historic resources that attract history lovers and adventurous explorers. Several townsites sprung up during the Gold Rush, beginning as tent cities and later becoming permanent towns. The town of Jamison was founded in 1853. As surface deposits of gold began to play out, miners had to explore deeper and deeper into the earth – and the expense of this excavation proved cost-prohibitive for most of the smaller operations. In 1872, a British company acquired much of the Plumas-Eureka mining sites and managed a profitable operation until they sold the sites in 1904. Mining continued until WWII, when wartime restrictions ended operations. By then, more than $8 million in gold had been extracted and processed from the mine’s 65 miles of tunnels.

It wasn’t “all mining, all the time” though. The townsfolk had to have some fun during the cold winters! In 1861, the western hemisphere’s first recorded ski race was held in Plumas County. According to the park, “Snowshoes, or ‘longboards,’ were 12-foot Norwegian-style skis that weighed as much as 20 pounds. Skiers had one long, large ski pole carried between the legs as a brake. On the straight courses, racers reached speeds of more than 80 mph. Skiing became a way of life for sport and travel. Some historians think the tramways for the Plumas Eureka Mine may have been the world’s first ski lifts.”

Today, Plumas-Eureka State Park serves as a site of historic interpretation and unsurpassed outdoor recreation. However, the site’s historic and cultural resources have been deteriorating over the years, and HistoriCorps is excited to partner with the park to undertake critical preservation work to ensure a number of buildings in the park can continue to serve the public. 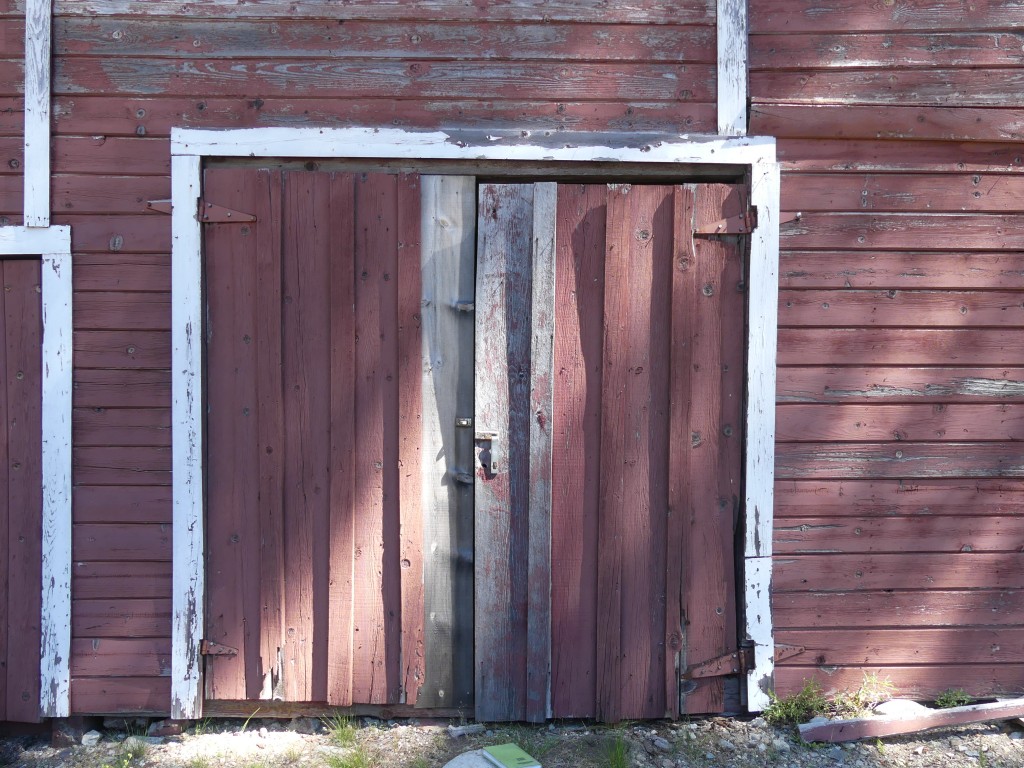 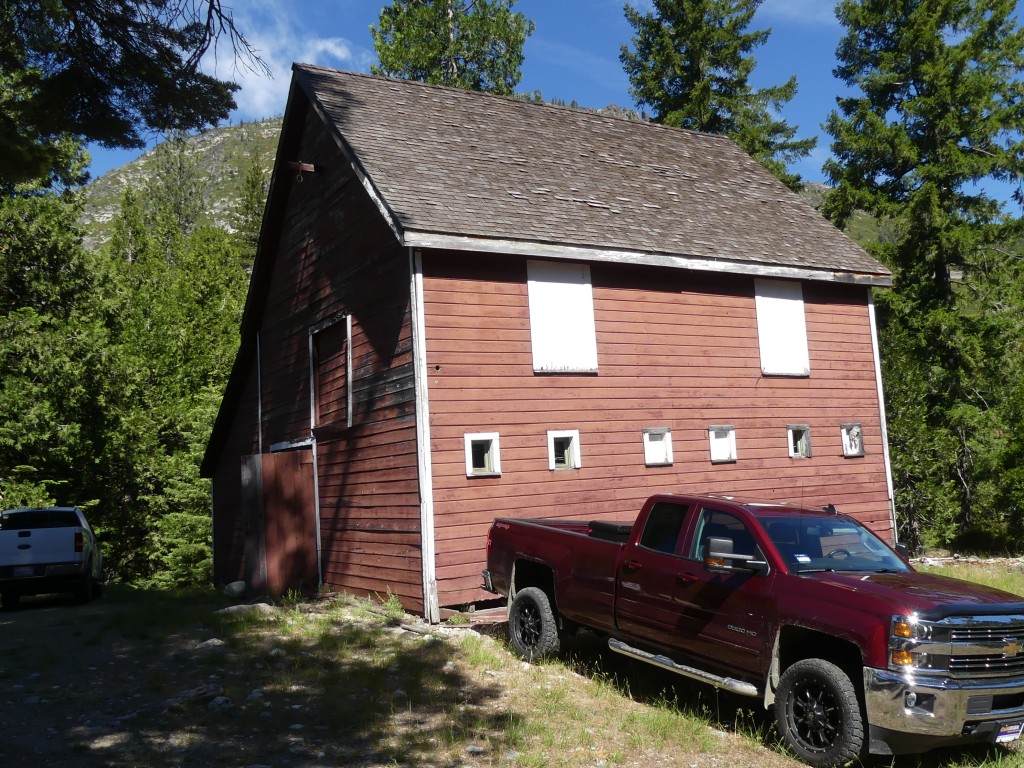 Above: Jamison Barn, our focus for this preservation project

Use Google Maps to explore this delightful and scenic park! The unforgettable Eureka Peak rises over a peaceful lake of the same name. 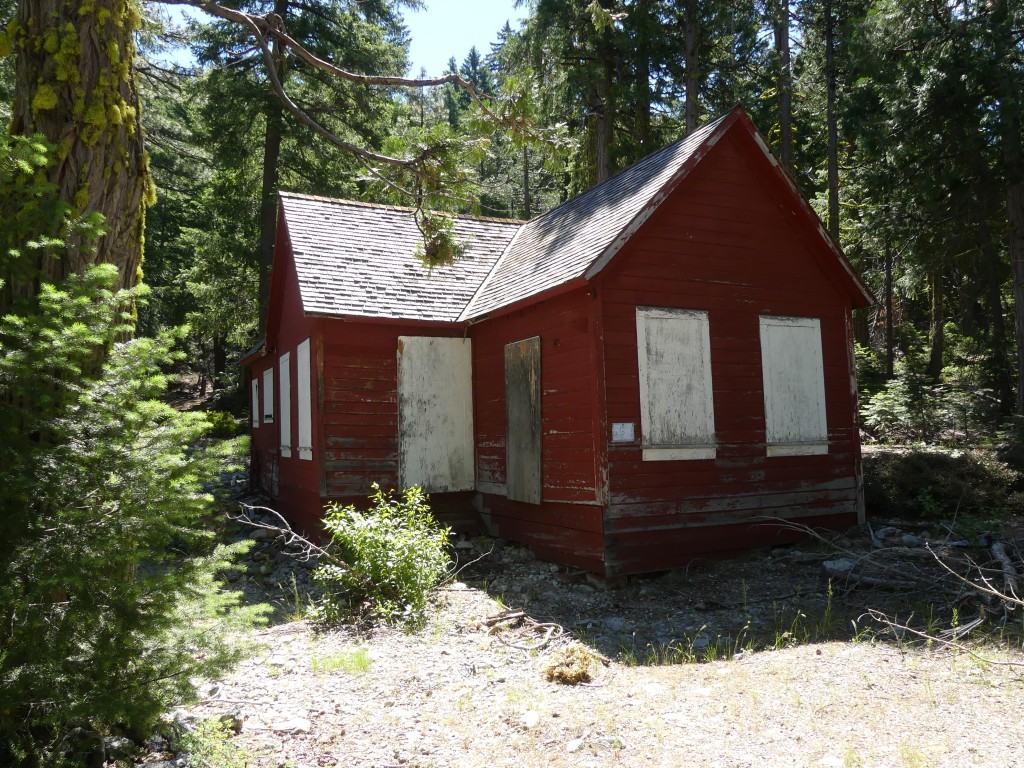 Above and below: Jamison Miner’s Cabin, which we will work on if we accomplish the primary scope of work 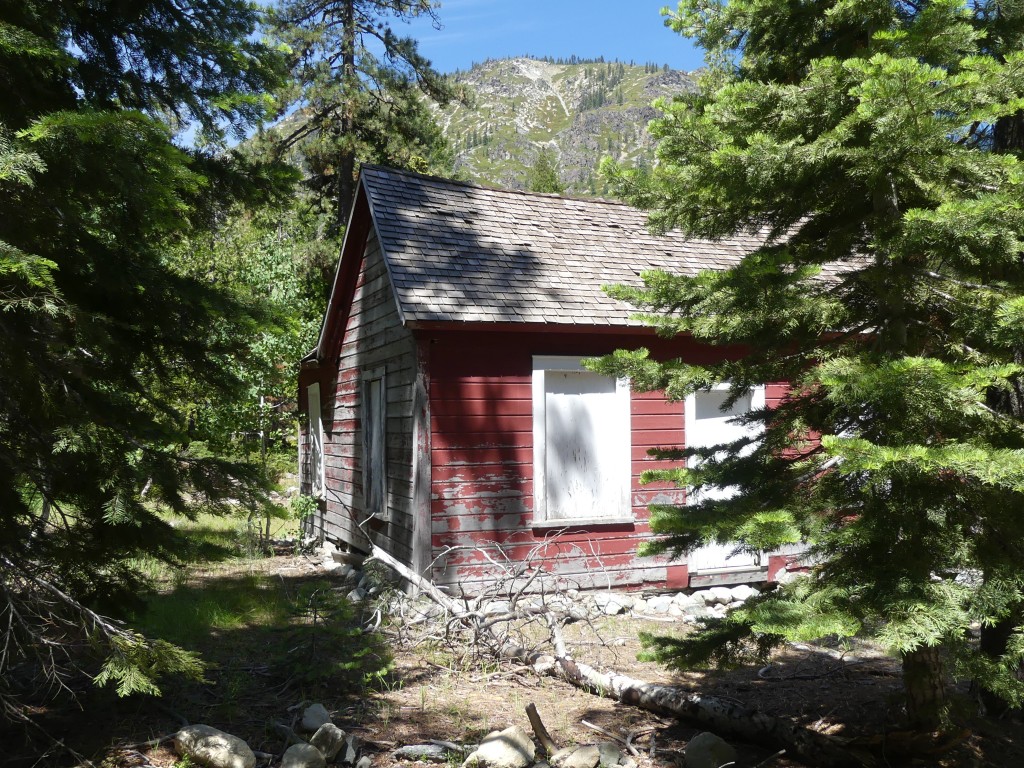 Volunteers worked alongside expert field staff to learn the skills necessary to undertake and accomplish this significant preservation project.

If we complete the above scope of work, volunteers will learn the following skills necessary to preserve a nearby miner’s cabin: