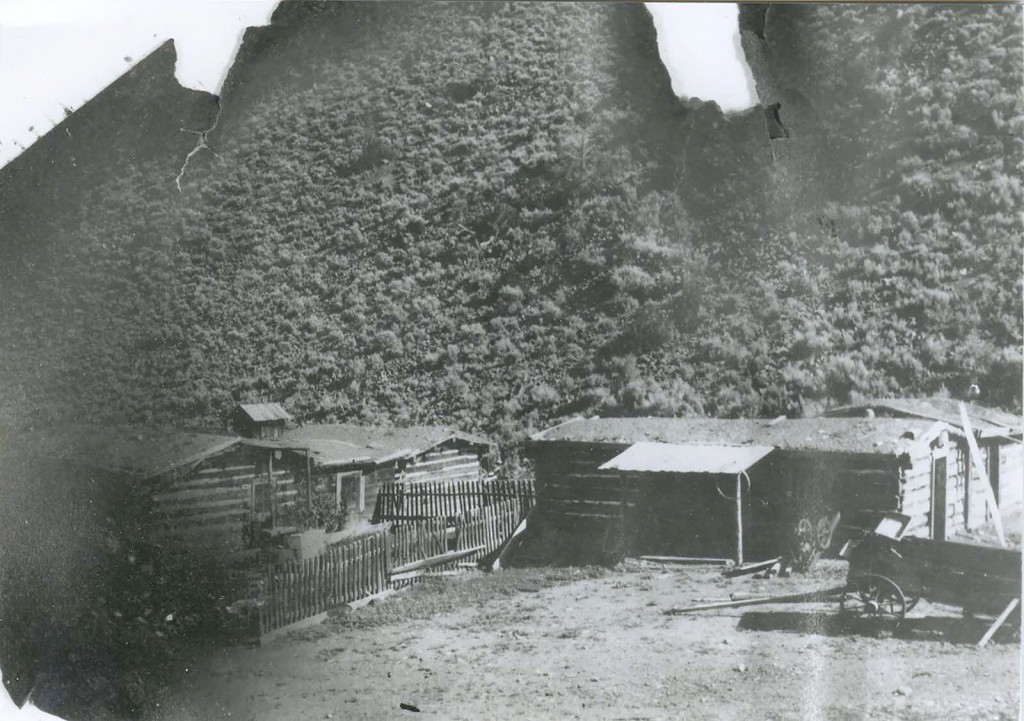 LOCATION:  Mountain peaks, alpine lakes, and branches of creeks and rivers full of fish will beckon volunteers to this site set deep in the Colorado Rockies, just north of Lake City and south of Gunnison and the Curecanti National Recreation Area. We camped nearby at a comfortable BLM campsite (no hookups). The campground can accommodate tents, popup campers, vans, and trailers less than 20′ long.

Even by today’s standards, a saloon can be a welcome sight after a long day of traveling.

During a boom in western expansion, this site, located between Lake City and Gunnison, CO, offered several services to stagecoach riders and drivers, gold hunters, and others looking for respite in the wilderness. As railroad travel gradually overtook stagecoaches circa 1890, the happening Johnson Stage Stop (which was then owned by the Carr family) reinvented itself as a ranch and homestead – modifying and reusing buildings for new purposes. Several Carr family generations continued to operate the ranch. The site’s historic structure assessment shares, “Instead of abandoning the stage stop buildings, the Carrs renovated them as required for their ranching needs; even still, the buildings retain much of the historical character dating back to Charlie Johnson’s original construction. The site’s usage echoes the colonization and evolving prosperity of this region, and the history of the site is one with the history of the Gunnison Valley, and much of the American West as a whole.”

“The history of the Johnson Stage Station and Carr Ranch is wedded with the history of the Gunnison Valley. Located strategically at a regional transportation hub, the site served as a stopping point for countless travelers, and was a focal point of colonization of the region. Even with the railroad phasing out the stagecoach industry, the site prospered due to its location in the Gunnison Gold Belt, and existed as a key part of the Gunnison Gold Rush in the 1890s. As the gold rush dwindled, the site’s transportation based economy transformed into one based on ranching, an economy which became a staple of the Gunnison Valley culture and economy even in the modern era. How the inhabitants used the site’s buildings reflect the structures’ role in the history of the region as well, evolving from a saloon and bunkhouses to an elaborate ranch complex. The Carr family, in their early history in the region, wore many hats: as prospectors, stagecoach drivers, store owners, tie hacks, loggers, ranchers, and farmers. All of these professions are united with the history of the region. The Johnson Stage Station and Carr Ranch parallel the patterns of settlement in the Gunnison Valley on a smaller scale, and substantiates this property as a historical site worthy of preservation. The distinct character of the site has been well retained over the years” (Johnson Stage Stop HSA).

History buffs can read the extensive and detailed story of the site and its inhabitants here.

ANGLERS TAKE NOTE: Wake up just before dawn to fish the Lake Fork of the Gunnison River near our campsite. Fishing blog “The Catch and the Hatch” writes of this stretch, “A longer river than it looks, there is ample access in both the lower sections and the upper sections.  The river is good fishing when the flows are right and if you spend your hours on this river and find some of the less pressured water, you can find some sizeable fish.  All four species of trout call this river home and it makes it fun to fish since you won’t know what you’re going to catch while you’re there.”

Volunteers worked alongside expert field staff to learn the following skills to preserve the Johnson Stage Stop so it can continue to serve as a site of historical interpretation. Much of the buildings are in a relatively advanced stage of deterioration, so this project was a great one for those wanting to practice and develop their skills with log work! 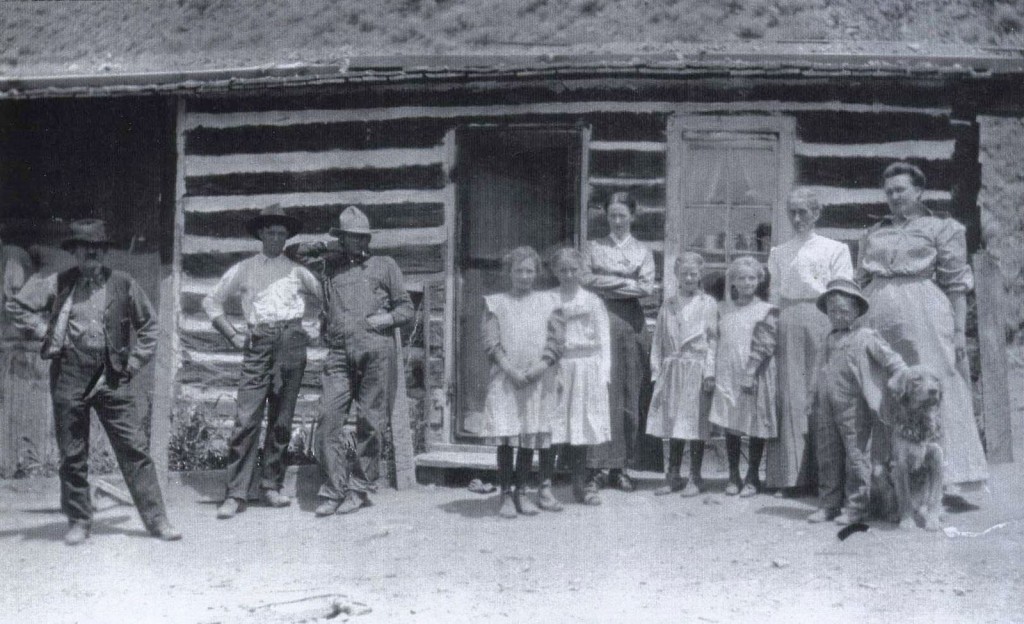 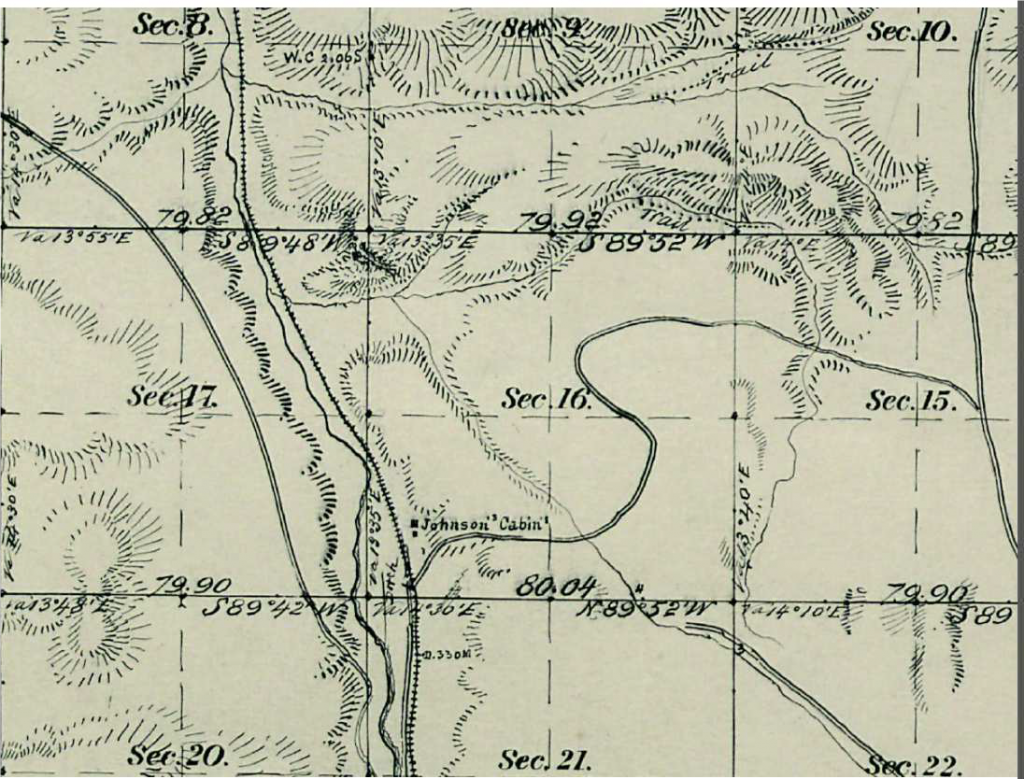 Segment of a deteriorated roofing system 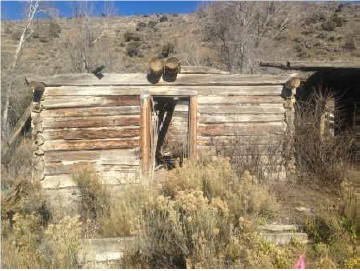 Cabin #2, one of our worksites 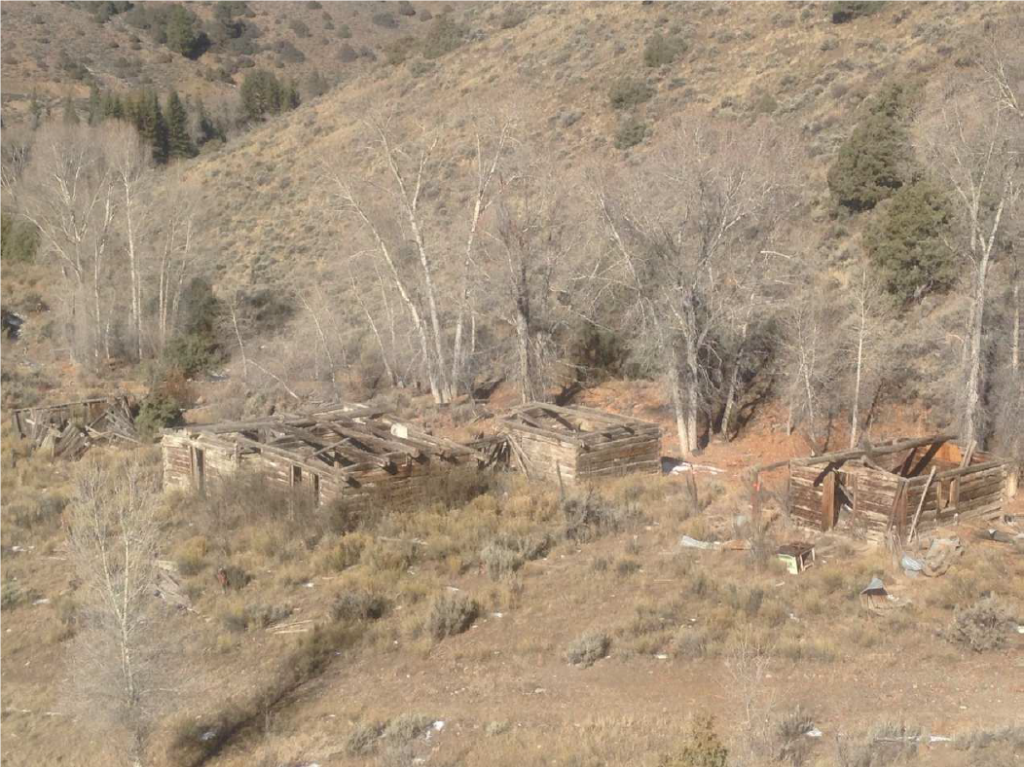 Some of the remains of the Johnson Stage Stop 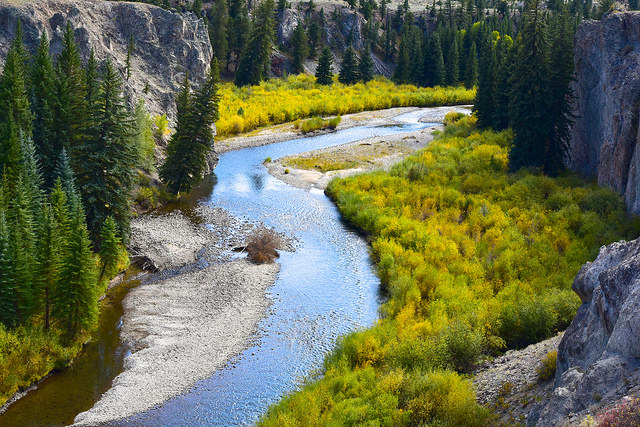 Lake Fork of the Gunnison, our home waterway for the duration of this project 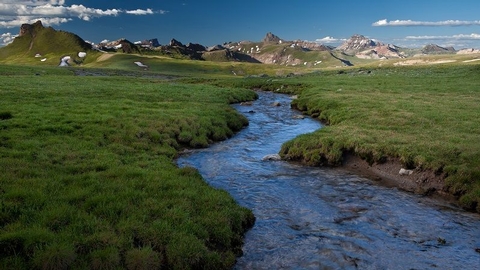 The nearby-yet-remote Uncompaghre Wilderness is managed by the BLM, our project partner.