“Situated on the eastern slopes of Laurel Ridge, and in the Laurel Hill Creek Valley, posessing the true characteristics of the wild Allegheny Mountain country, the proposed area was considered a genuine representative of the natural scenic beauty of the region. The fifteen miles of spring-fed mountain streams create a veritable oasis of pure waterways in a region where polluted streams are the rule. These mountain streams provided the high quality ingredient for the moonshine industry which thrived in this vicinity at one time. Remnants of moonshiner’s [sic] shacks are to be found scattered throughout the area. Its high altitudes, densely wooded slopes, beautiful ravines, and its proximity to the densely populated industrial area of southwestern Pennsylvania, adapted the area ideally for the development of an outdoor camping and recreational area.”

—Caldwell Master Plan, a National Park Service document detailing the development and establishment of the “Laurel Hill Recreational Demonstration Project,” dated December 31, 1937.
Established during the Great Depression, much of the land we now enjoy today was, according to the Caldwell Master Plan, originally the land of “stranded land owners… who were anxious to gain relief from taxation on this cut-over woodland which was producing no cash income.” Over the span of several years, National Park Service purchased several contiguous plots of land such as those to form what is today Laurel Hill State Park.
In June 1935, Civilian Conservation Corps camps were established to implement development projects in the park. One of their many contributions was the construction of a central mess hall, the object of this HistoriCorps project. In November of that same year, Works Progress Administration funds and workers were also deployed to Laurel Hill. By summer 1937 (the year of this document’s writing), a dam was under construction to form the park’s signature lake.
Continue reading about the history of Laurel Hill State Park here.

Laurel Hill State Park hopes to preserve and re-open this historic building so it can again serve the public. Volunteers worked alongside expert field staff to learn and practice the following skills. By working as a team to accomplish the scope of work, the mess hall will be on the path to service again. 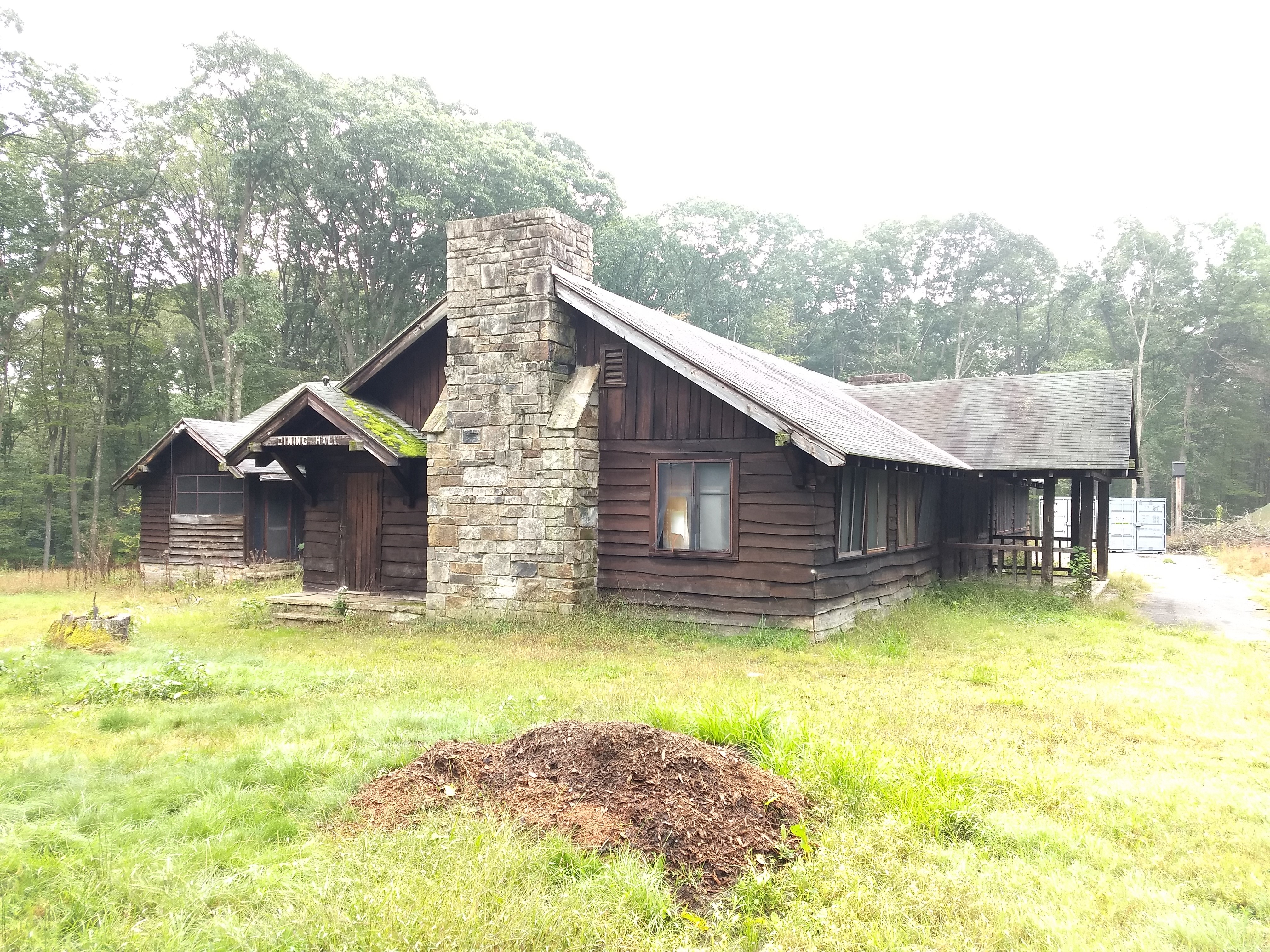 Above: Mess Hall, before HistoriCorps’ project work on the roof and siding.

Above and Below: After HistoriCorps’ work, the Mess Hall has a beautiful new roof and siding! 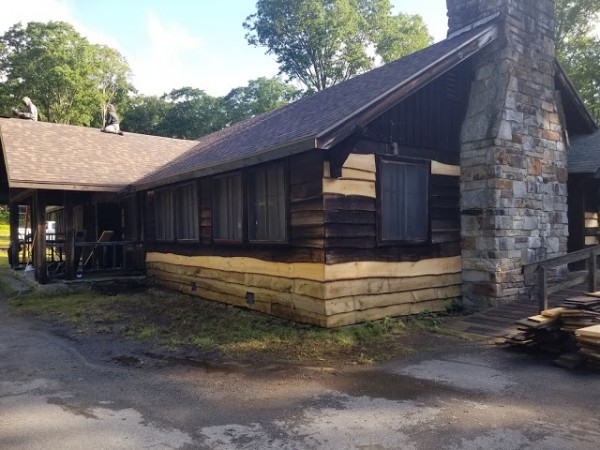 Below: A photograph from “the Trent Times, which was the magazine published by the CCC workers who built the camps at Laurel Hill in the 1930’s. This one specifically discusses the implications of the Great Depression and how the CCC evolved in response to the Depression, as well as what the CCC had to offer young men at the time.” -A. Barry, Laurel Hill State Park history intern 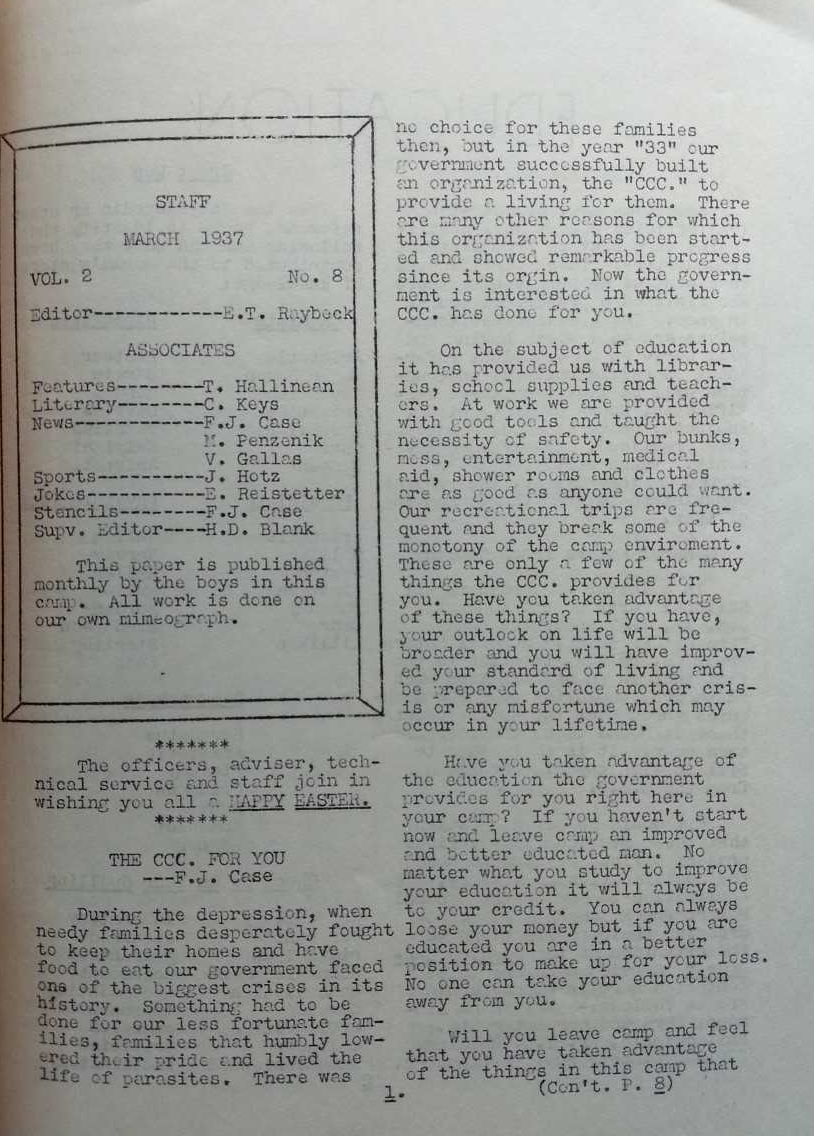