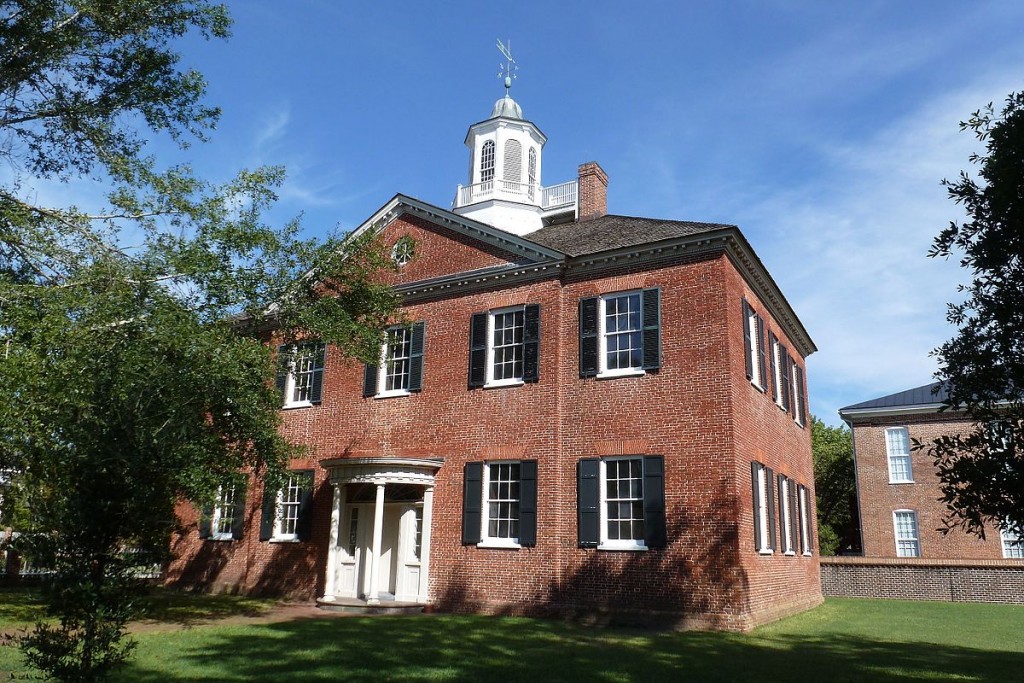 LOCATION:  The Academy is located in historic New Bern, NC. We camped offsite at Turkey Quarter Campground, located about 20-25 minutes’ drive from the jobsite. From there we carpooled into town daily.

Reconstructed in 1809 after the original 1776 building burned down, the New Bern Academy is a jewel that survived significant upheavals and developments in American history. Most recently it stood through 2018’s Hurricane Florence, which caused an estimated $100M in damage to the community overall. Now in its third century, the brick building needs attention so it can continue to serve the public as an historical interpretive site and museum. New Bern itself is an attractive destination for history and architecture lovers, with four historic districts to enjoy and learn from!
The New Bern Academy was founded in 1764 but not incorporated until 1766, under a legislative act that placed a tax on liquor to support the school’s funding. Edgar W. Knight, an historian of American education, wrote, “This was the first school or academy incorporated in North Carolina and this was the first law of any great importance passed in the colony on the subject of education.” Learn more here.
According to the Academy’s website, “Originally a school house for both boys and girls, the New Bern Academy served as a hospital in the Civil War and in 1899 became part of the New Bern graded school system which used it for classes until 1971. Today, the Academy building’s original classrooms are home to four permanent exhibits focused on the Civil War, New Bern Architecture, and the history of the building itself.
“The New Bern Academy Museum is a Federal style two-story building constructed of Flemish-bond brick. Its form and design, especially with its central pedimented pavilion and subdued, but elegant details including the reconstructed cupola and windows crowned by flat arches, recall earlier Georgian structures like Tryon Palace. … Fire destroyed the original building in 1795, however, the present building was constructed between 1806 and 1809, and served as a school until 1972, making it one of the oldest continuously used school buildings in America. … During the Civil War, the building was converted to a military hospital to treat victims of spinal meningitis, smallpox, and yellow fever epidemics, as well as casualties of battle.”
New Bern’s Tryon Palace, which manages the Academy, was the colonial capitol of North Carolina and one-time home to the Royal Governor William Tryon. This year, Tyron Palace is celebrating its 6oth anniversary as a a state museum. Visitors to this museum can “Walk in the footsteps of colonial governors, stroll through more than 14 acres of beautifully-sculpted gardens, or travel back in time for an interactive experience that blends the 1830s with 21st-century technologies.” Learn more about the activities and tours offered by Tryon Palace here.

Volunteers worked alongside expert field staff to learn the following skills. This project’s crew worked together to repair the New Bern Academy’s historic brick exterior. It was a great project for those looking to refine this skill! 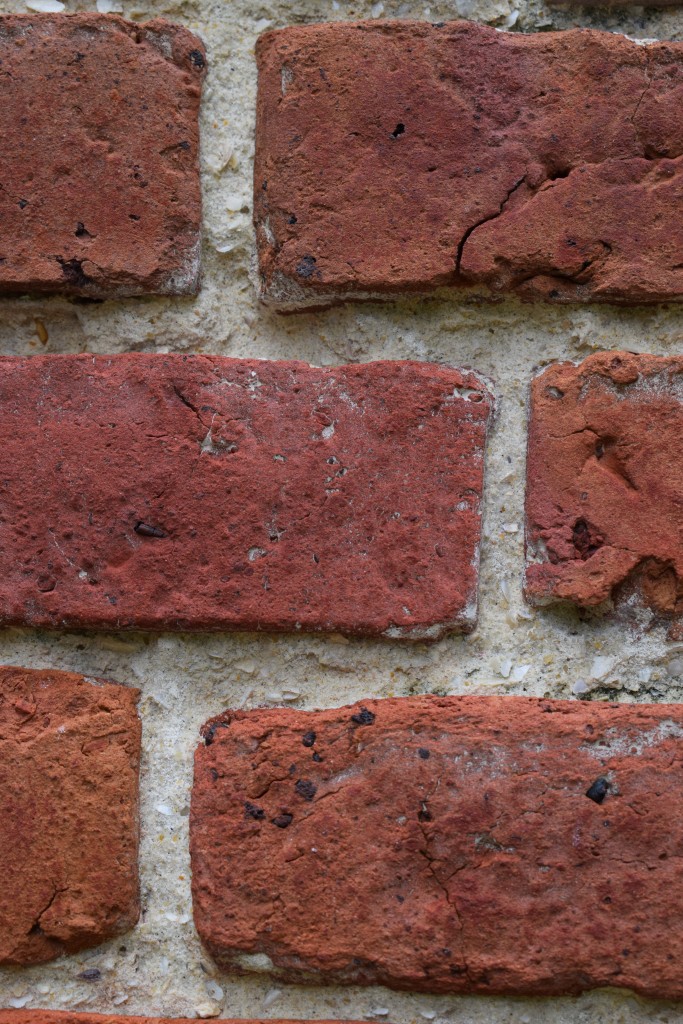 Detail of the brick and mortar at the Academy 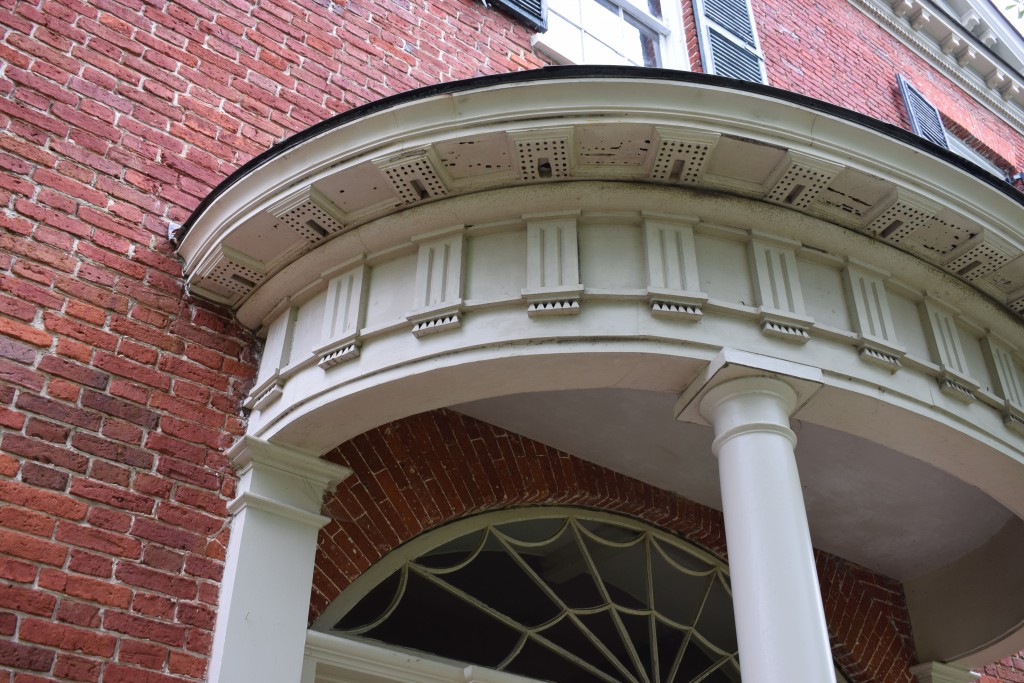 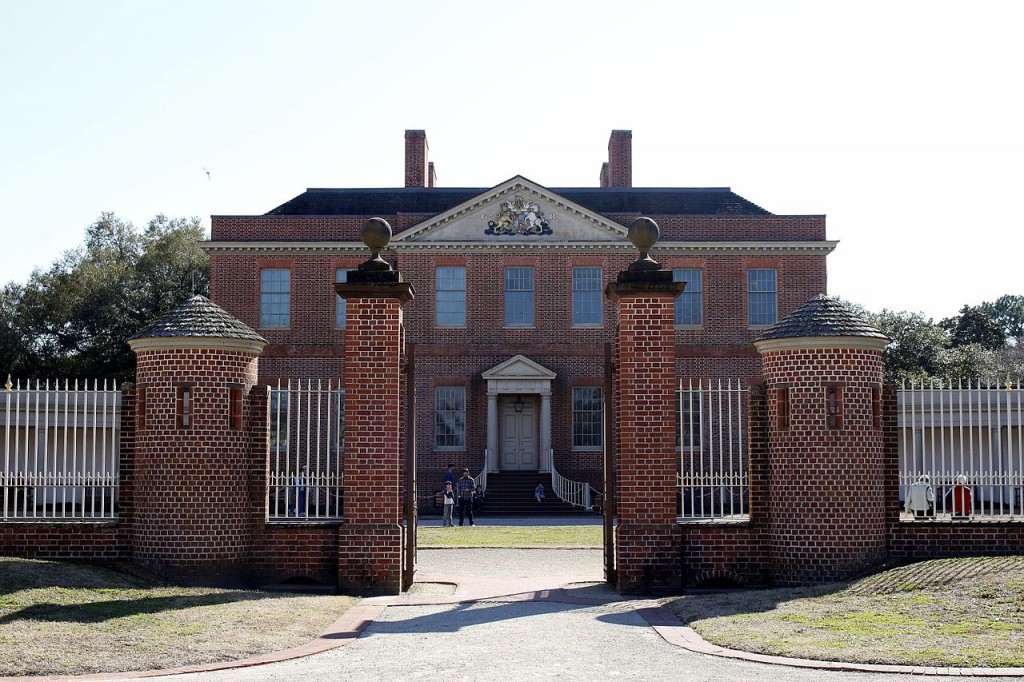