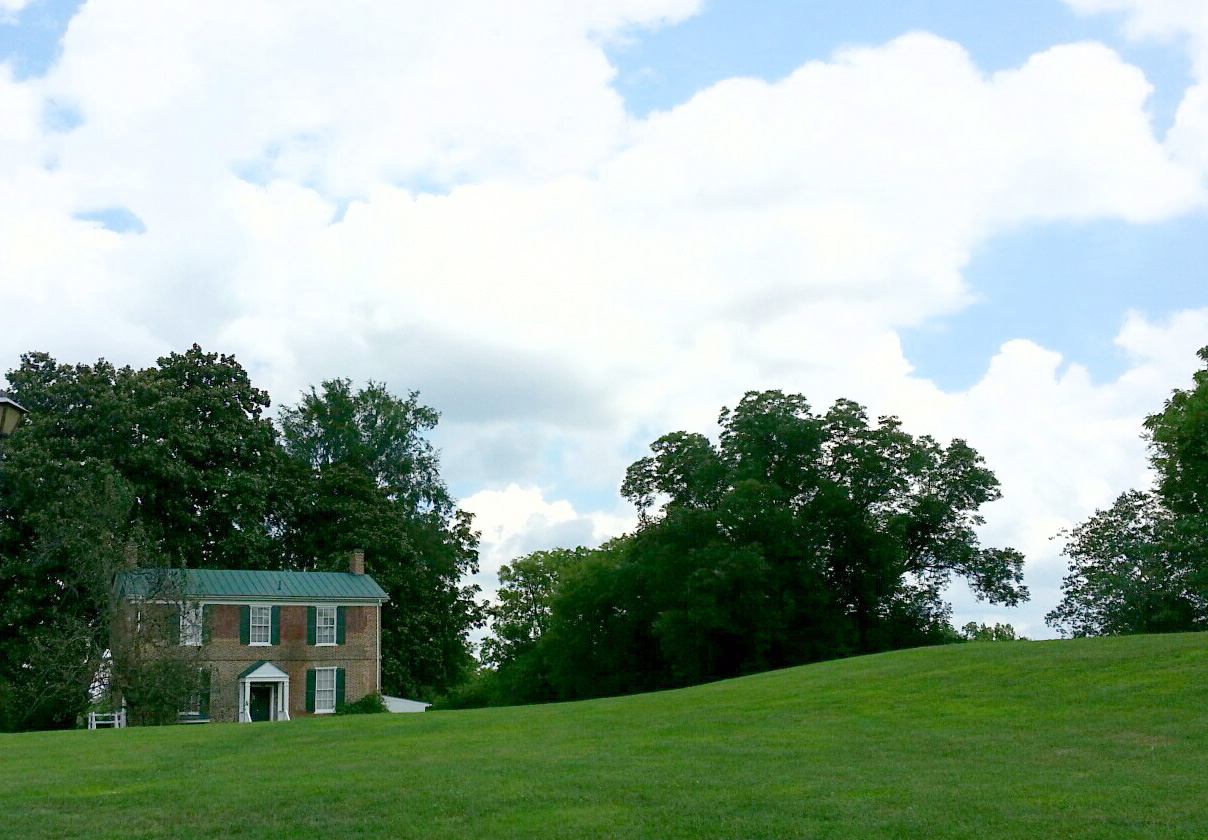 Inconspicuously tucked away behind modern developments, Old Brick House, built circa 1685, is thought to be among the oldest in Virginia.

Located on land originally inhabited by Arrohatec and Appamattuck Nations in an area now called Conjurer’s Neck, Old Brick House is today among the oldest buildings in the Commonwealth of Virginia. Archaeological excavations have found artifacts dating to the prehistoric Middle and Late Woodland periods (500 B.C to 1600 A.D.). Today, the house is listed on the National Register of Historic Places. European colonists first settled the area in 1620. In the year prior, more than twenty enslaved Africans were brought to colonial Virginia and sold to colonists. Given the geography and timeline it is highly likely the Old Brick House was constructed via enslaved labor.

According to the National Park Service, the area is named Conjurers Neck “because a Native American priest or healer, which the English called a “conjurer,” is thought to have lived there at one time.” A colonist named Richard Kennon purchased the property in 1677 and the Old Brick House construction was completed by 1685. In the late 18th century, ownership of the land passed out of the Kennon family and the area was divided into eight farms. The house was owned by several families over its centuries of existence, and was almost lost in a fire in 1879. The damage is still visible. NPS describes its recent history: “In 1990, it was deeded to the Conjurer’s Neck Homeowners’ Association, with ownership transferred to the Old Brick House Foundation in 2001. In 2003, both the house and the surrounding property were incorporated into the Conjurer’s Neck Archeological District and listed on the National Register of Historic Places. …Today, the Old Brick House incorporates many architectural changes made over the years, including 18th century Flemish bond brickwork on the exterior.”

We will camp right onsite at the grounds of Old Brick House! Showers are not available, however, volunteers may like to bring their own portable shower system. Those bringing RVs/trailers/campervans should prepare to dry-camp. 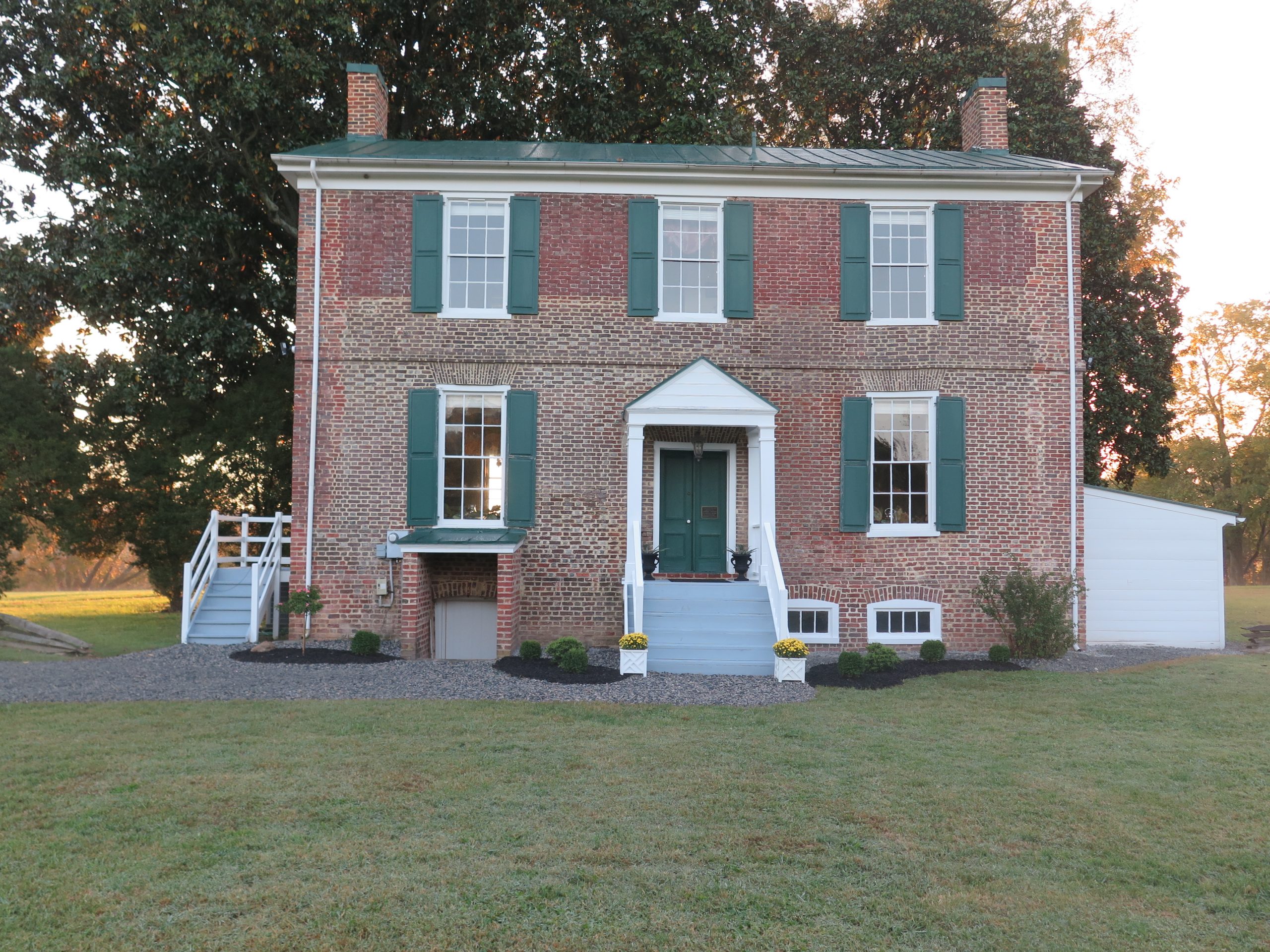 Evidence of fire damage and repairs can be seen in the facade. 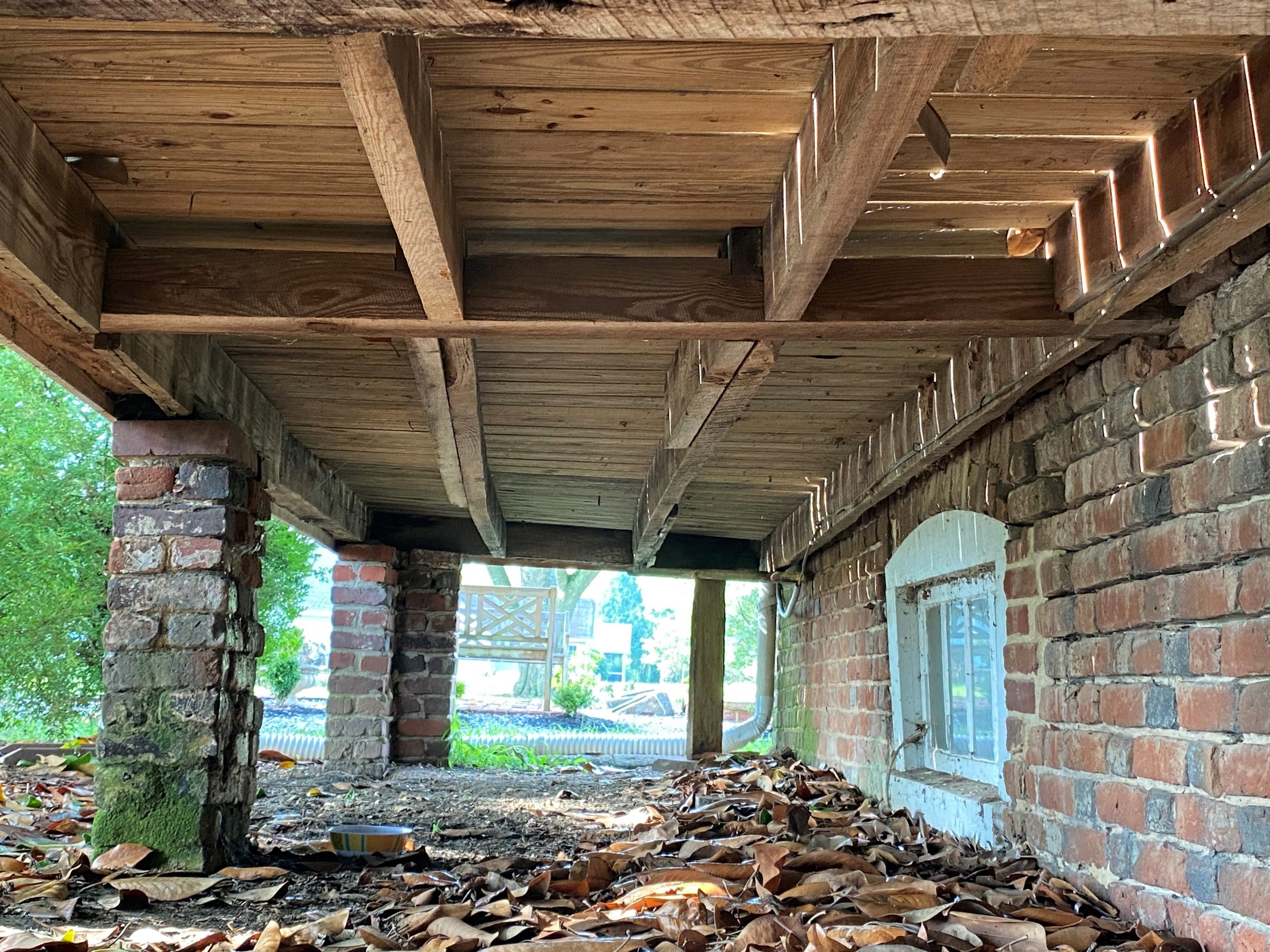 During this one-session project, we will be focusing on repairing the house’s porch. 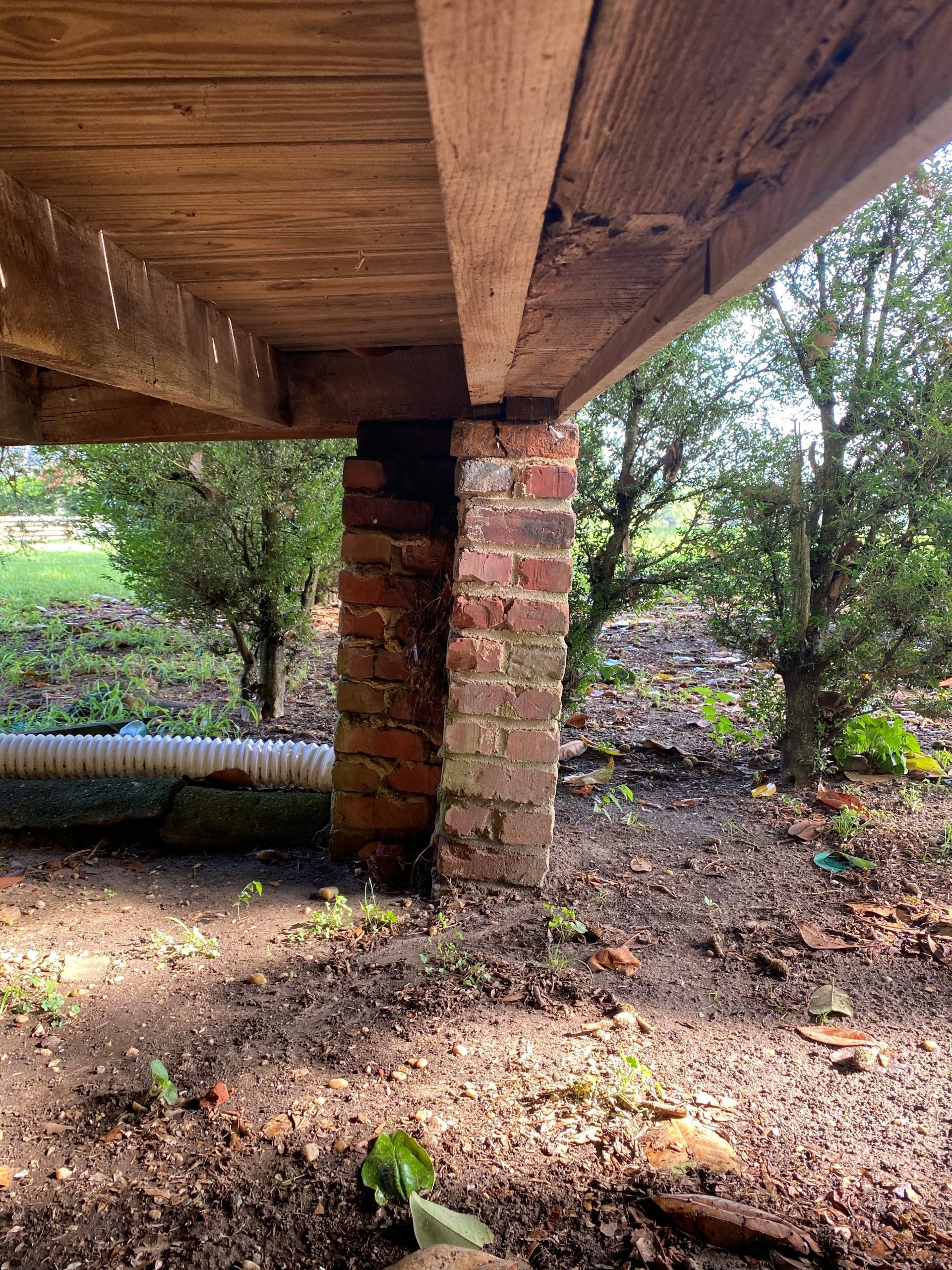 SCOPE OF WORK: HistoriCorps is committed to educating and training volunteers in preservation skills, with an overarching mission of inspiring a preservation ethic in all those involved. Learning and working alongside expert HistoriCorps field staff, volunteers will learn the skills necessary to restore the porch of the Old Brick House.