LOCATION:  We stayed at a farmhouse north of Boulder, and commuted daily to the jobsite, which is located near the South Mesa Trailhead near Eldorado Springs. Here is a map showing the route from the farmhouse to the jobsite.

Our first round of preservation work concluded in fall of 2018 (you can see the incredible transformation in the above photo), and we’ve got a great scope of work to accomplish this spring.

The Pruden-McGilvery Cabin, located near Shadow Creek just east of Eldorado Springs, was constructed in the typical style of homesteads built circa 1870-1880. Research has found evidence of flower beds containing lilac and iris, as well as a small vegetable garden. It’s believed Seth Pruden, the original dweller, built the cabin as well, using hand tools to erect hand-hewn log walls, install a roof, and create windows. Though Seth died in 1882, Boulder County records show that in 1902 a homestead patent was granted to Marie Pruden, presumably his wife.

The cabin is significant because it was constructed during a time in Boulder County’s past when families began to settle the region. Prior to this period, most settlers were instead miners in search of riches. The gradual inclusion of families indicates a period of social, cultural, and economic changes. One family member was recorded in the 1930s as saying he remembered running cattle in a nearby corral, and milking cows near the homestead.

The Pruden-McGilvery Cabin is located just east of Eldorado Springs, an historic and scenic town nestled in a small canyon south of Boulder, CO. Eldorado Springs Resort, which was opened in 1905, was also called the “Coney Island of the West,” and attracted people from all over to its natural mineral springs – including Dwight and Mamie Eisenhower, Jack Dempsey, and other renowned folks. Nearby Eldorado Canyon State Park features excellent hiking and world-class climbing.

Volunteers on this project experienced both the Boulder of today, a hub of art, culture, and recreation; as well as the Prudens’ Boulder of the late 1800s.

After HistoriCorps crews wrapped up their 2018 project on this cabin, an ancestor of the Prudens reached out to our project partner to reconnect with this still-living piece of their family history!

Volunteers worked alongside expert field staff to learn the following skills. This project’s crew preserved the exterior of the cabin so it can continue to contribute to the cultural landscape in this popular day hiking area.

Before and after images, from HistoriCorps’ work on the cabin in fall of 2018. 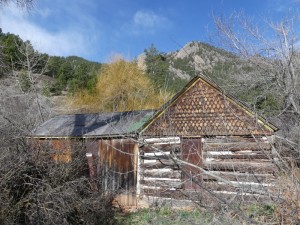 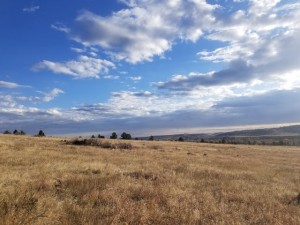 View on your “commute” to the “office” for the day! 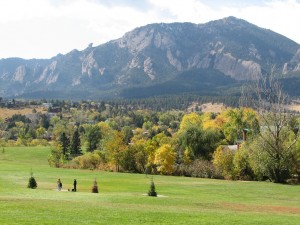 Boulder’s Flatirons are an iconic element of the landscape. 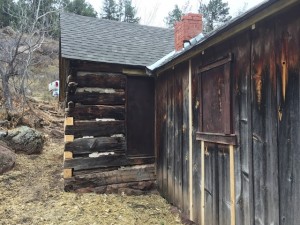