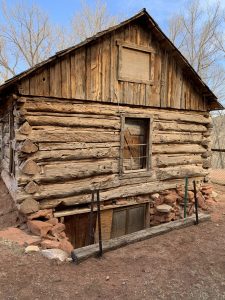 Colorado is known for colorful, textured landscapes that continually amaze visitors with their diversity and history. This incredibly biodiverse area, strewn with impressive rock structures, streams, and grasses, has been home to humans for at least 12,000 years. The schoolhouse, our project’s focus, tells the story of more recent inhabitants.

Interstate 25, just 10 miles east of Red Mountain Open Space (RMOS), divides the Great Plains from the Rocky Mountains. It connects modern and historic commercial hubs from Cheyenne, to Denver, to Pueblo, and further. Today, this highway carries almost 200,000 vehicles daily, but few motorists consider the routes that were laid well before the interstate system was developed. Two hundred years ago, French-Canadians and Native Americans traveled through RMOS, working their way over the course of several days along the edge of the Rockies to reach the trading hub of Bent’s Old Fort. Twelve thousand years ago, humans established settlements in RMOS, taking advantage of the abundant natural resources they found there. Just 30 years ago, conservationists fended off a housing boom in the area, and successfully preserved this open space for generations to come. Today, RMOS is part of the Laramie Foothills Mountains to Plains conservation project that conserves more than 55,000 acres. At this ecologically unique area where the mountains and plains meet, RMOS boasts an incredible wealth of biodiversity and provides critical habitat to a wide variety of species. The area holds archaeological artifacts that share the stories of the many peoples who have lived here over thousands of years, and miles of trails weave through the striking red rocks, prairie grasses, and hidden streams that weave through the landscape.

The focus of our work is on an extant schoolhouse that shares the history of farmers and ranchers that settled here between the 1870s and 1920s. Fueled by a belief in the importance of universal education, and seeking a sense of permanence in their new home, settlers built schoolhouses for their children. According to History Colorado, early schoolhouses constructed of logs, like this one, are rare finds. We are thrilled to have been invited to do the critical work necessary to preserve it!

LOCATION: Red Mountain Open Space is about 25 miles north of Fort Collins, and the schoolhouse is located near its southwestern corner. We will camp right onsite.

SCOPE OF WORK:  HistoriCorps is committed to educating and training volunteers in preservation skills, with an overarching mission of inspiring a preservation ethic in all those involved. Learning and working alongside expert HistoriCorps field staff, volunteers will learn these traditional skills necessary to restore the Historic Log Cabin at Red Mountain Open Space, Larimer County: 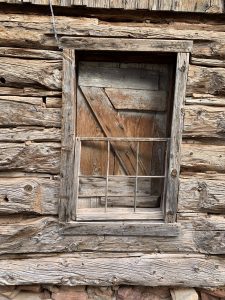 This rural schoolhouse was well-built enough to stand for more than 100 years. Preservationists love to learn from the craft that goes into buildings such as these! 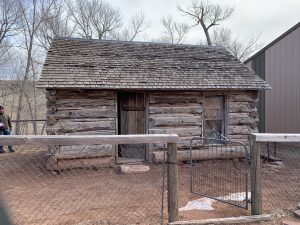 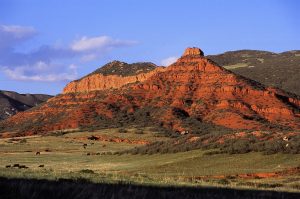 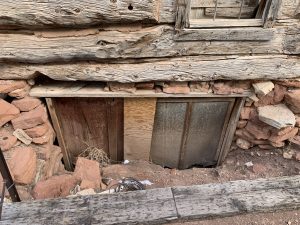 Dry-stack foundations, meaning stones that are so well-laid they support a building even without mortar, are common in rural buildings like these. 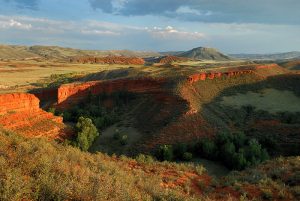 Wrinkled and folded landscapes like these offer excellent photography opportunities throughout the day as the sun moves across the sky and clouds come and go.

The landscape where the plains meet the mountains shifts colors and moods somewhat dramatically with the seasons. Seas of green grass become tawny expanses in the fall, and visitors see the expanse in a new light. Photo source.

We’re so glad this project has inspired you to commit to volunteer! Sign up using the links below. Please email us at volunteer@historicorps.org with any questions.