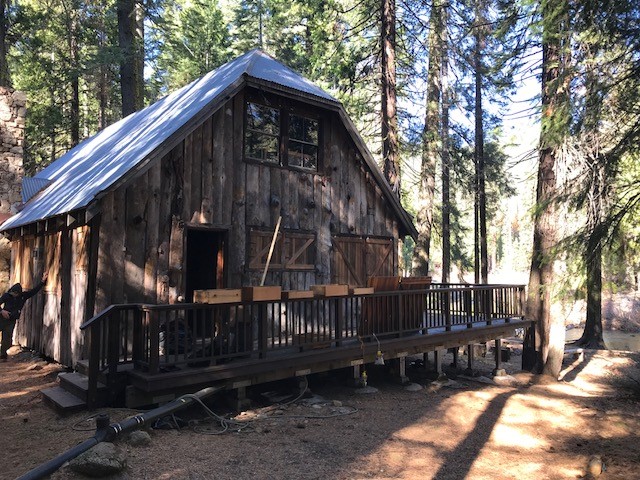 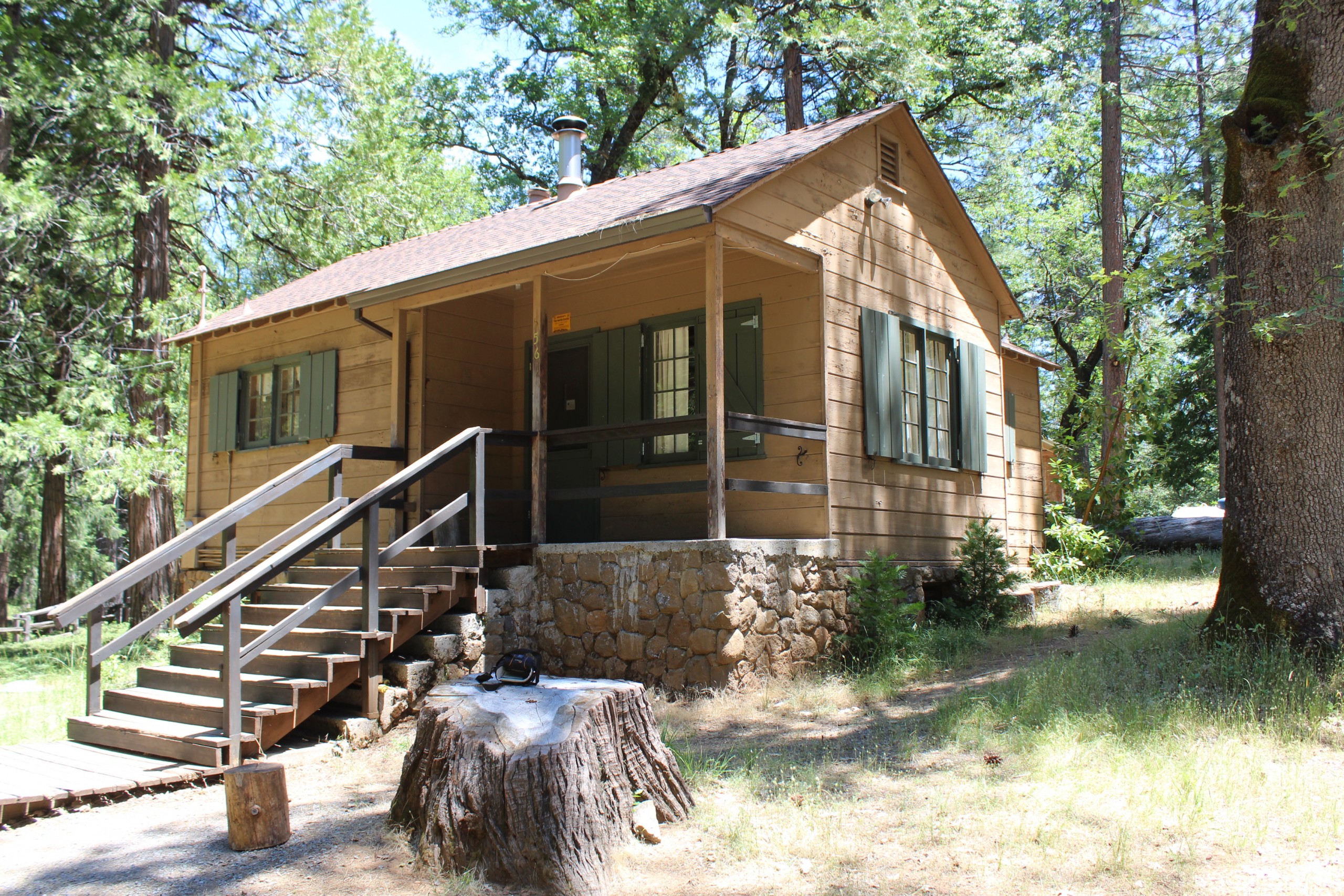 This two-in-one project in Northern California is in a forest strewn with wildflowers, encompassing majestic mountains and towering trees. Experience and preserve the history of the U.S. Forest Service by restoring these cabins for public benefit.

History is everywhere around us, we just have to learn how to see it. Though both the Sly Guard Station and Harvey West Cabin are today available to the public as overnight lodging, they both have played a significant role in the history and evolution of the U.S. Forest Service. The USFS was established in 1905, and the Eldorado National Forest was founded just five years later. In the span of a generation, Forest Rangers were found on every forest, charged with protecting and managing natural resources – including working with logging and mining companies to manage these resources responsibly while contributing to economic growth in the region. The two buildings we are working on tell different sides of the same coin.

The Harvey West Cabin was built by the Sacramento Box and Lumber Company in the early 1930s, during the Great Depression. It was later bought by successful timber businessman and philanthropist Harvey West to be used as a summer retreat for his family. It was acquired by the Eldorado National Forest in the 1970s. The Sly Guard Station, sitting 3,600 feet above sea level, was constructed ten years later, in the early 1940s, and served as a home for forest rangers who worked to ensure the legality of mining and logging activity there. Both buildings now serve the public as overnight rentals for forest visitors.

Today, visitors enjoy hiking, mountain biking, gold panning, and picnicking (we also heard that a swimming hole isn’t too far from the cabins!). Both cabins are in need of some HistoriCorps TLC so they can continue to serve the public. Register today for this stupendous project!

Please plan to arrive at our campsite no earlier than 6pm and no later than 8pm on the first day of your session.

Tent and truck campers only. Our campsite will be near the Sly Guard Station for Sessions 1 and 2, and at the nearby China Flat Campground for Session 3, where we’ll be working at the Harvey West Cabin. 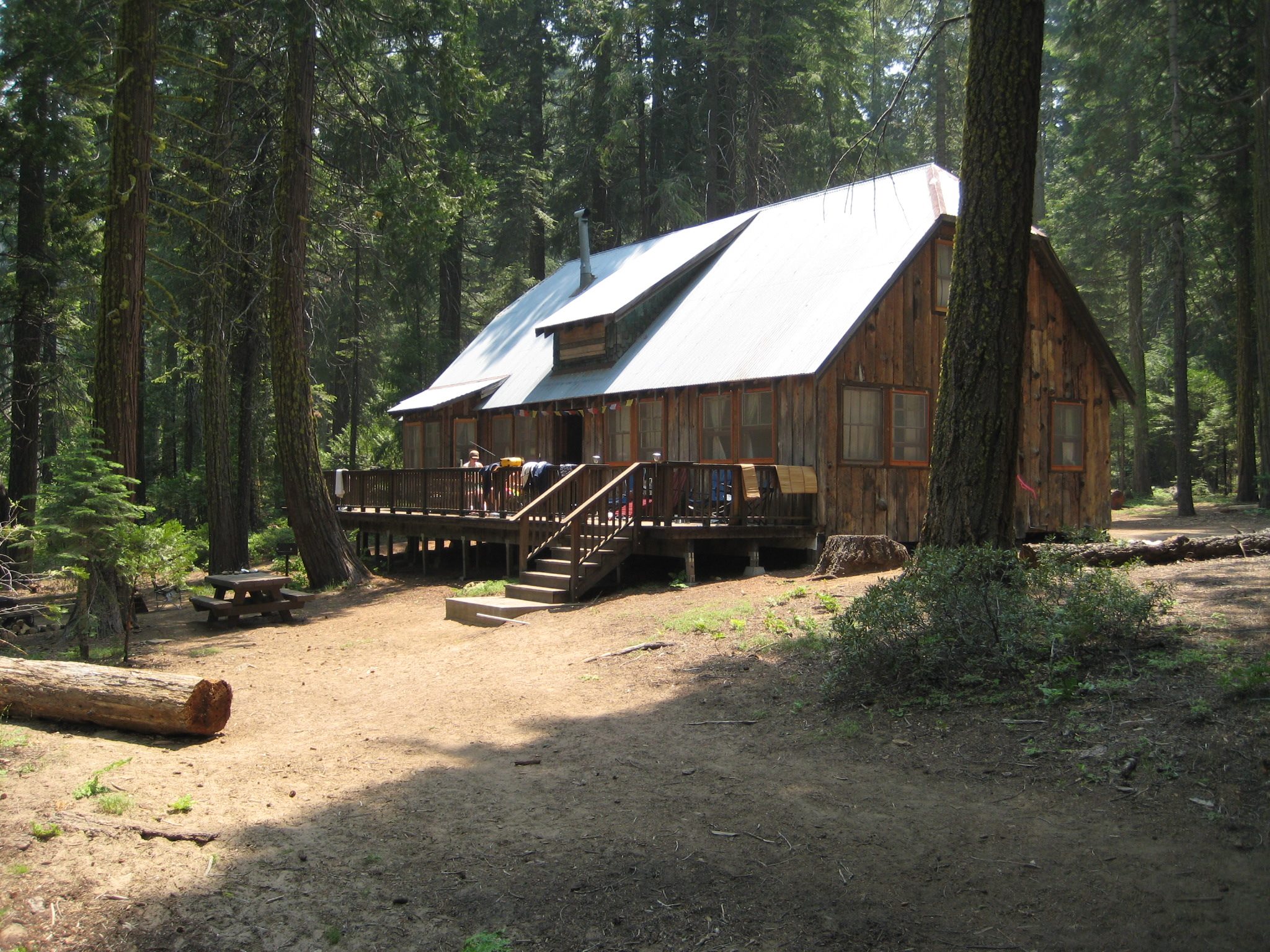 Above: Enjoy a shady worksite while restoring the Harvey West Cabin

Above: The Sly Guard Station, once home to forest rangers, today is a welcoming respite from the everyday for overnight guests. 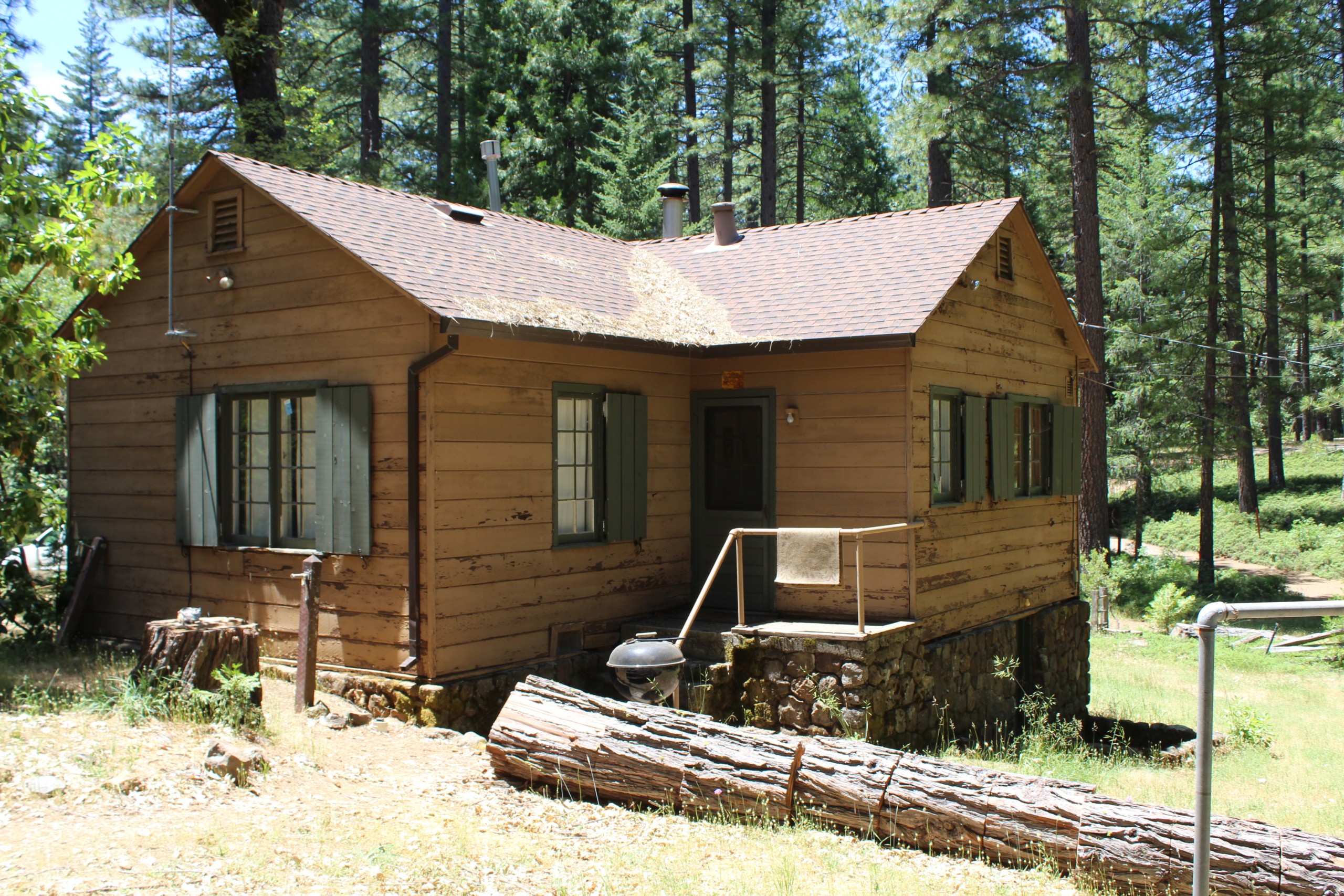 HistoriCorps is committed to educating and training volunteers in preservation skills, with an overarching mission of inspiring a preservation ethic in all those involved. Learning and working alongside expert HistoriCorps field staff, volunteers will learn the traditional skills necessary to stabilize these two cabins: