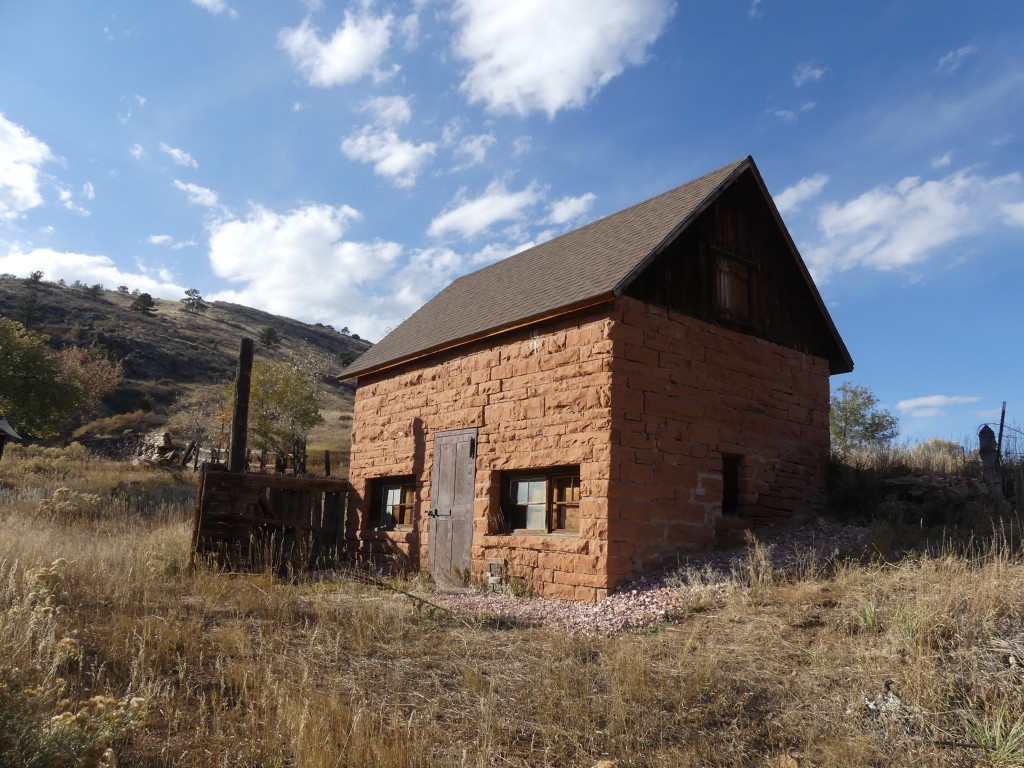 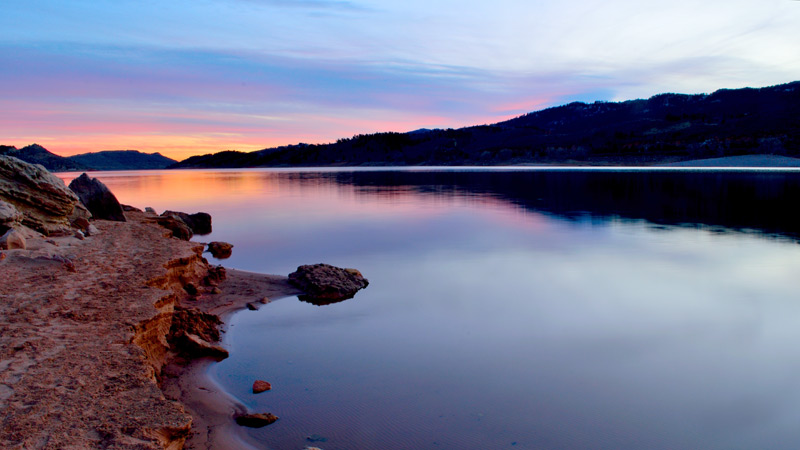 This historic resource, part of the story of westward expansion and settlement, is surrounded by incredible outdoor recreation opportunities less than half an hour from Fort Collins, CO.

LOCATION:  We camped on the banks of Horsetooth Reservoir, less than 30 minutes west of Fort Collins, and worked just across the road at our Soderberg Open Space jobsite.

Horsetooth Mountain Park is a stupendous and well-loved public resource less than 30 minutes from the college town of Fort Collins, CO. This park was owned by the Soderberg family until its sale to Larimer County in the mid-1980s. The Soderberg homestead, our project site, is in a prominent location near the reservoir. Lucky for us, this project is timed perfectly with the seasonal “turning” of the aspen trees! Larimer County Natural Resources shares this history of settlement in the region:

“Now partially submerged under Horsetooth Reservoir, the town of Stout was once the main community in the Horsetooth Valley. Swan Johnson came from Sweden after his fiancée died, first living in Pennsylvania and then settling in the Horsetooth Valley area on the 700-acre Lesher Ranch. Swan lived in a two-story stone ranch house with a white porch west of what is now Dixon Cove. Around the turn of the century, his niece Wilhelmina, her husband John Soderberg, and their first of what would eventually be 11 children moved in with him. The water for the house was piped from a spring ¼ mile away, and the house was heated with wood and coal. On Swans ranch there were two stone quarries where flagstone was removed and sent to Ft. Collins and Denver for sidewalks. Stone from the quarries was also used by John Soderberg in building the old Ft. Collins Library (now the Ft. Collins Museum). The Soderberg children worked at the quarry, blasting and splitting the stone into smaller pieces. The quarries closed in the late 1930’s or early 40’s. The Horsetooth Valley also boasted gold and silver prospecting (though nothing substantial was ever found), cattle ranching, and agriculture activity (alfalfa, grain, hay, wheat, and corn).”

Johnny Soderberg was born to John and Wilhelmina in 1912 and grew up in the Horsetooth Valley north of what was the town of Stout. His first job at 15 years old was farming and ranching for neighbors (the Butlers) who lived 4 miles away, for $30/month. As a young man, Johnny hunted deer with a 30-30 Winchester and trapped coyotes, skunks, and bobcats and sold the furs. At one point the Soderberg brothers had their own sawmill and harvested mostly ponderosa pine and some Douglas fir from Horsetooth Mountain. Later, after selling the majority of the ranch to Larimer County, Johnny and his brothers Carl, Harry, and Paul, purchased a ranch in Wyoming and Johnny would spend time helping his brothers hay on the Ranch for weeks at a time.

The Herringtons moved to the Horsetooth Valley in the 1880’s, and Mrs. Herrington was the original homesteader of the current “Soderberg Homestead Open Space” property. The original ranch was ~1,100 acres, and the Herringtons both ranched and grew hay. After selling the Lesher Ranch, Wilhelmina, and four of the children, Johnny, Carl, Harry, and Ellen, bought the “Old Herrington Ranch.” The 2,055 square foot ranch-style house on the property was built in 1889 and has been remodeled and additions made since. The homestead includes the ranch house, which features turn-of-the-century ranch architecture and several historic out-buildings. The original entrance to the house was on the north side across the stone bridge. When Johnny moved to the house in 1947, he added the front addition that includes what is now the kitchen. In 1986, the Soderbergs added a third addition including the garage, living room and east deck. The outbuildings on the property include what was formerly a dwelling house the Herrington’s and friends stayed in for short periods. This two-story plastered building, came to be called the “Herringtons Chicken House” because both the Soderbergs and Herringtons kept chickens there at one time. There is a stone garage built by Mr. Herrington for his Model T car that is located just north of the house. There is a wooden barn west of the chicken house built jointly by Mr. Herrington and Johnny in the late 1920’s and a log grainery to the west of the barn. A loafing shed built in the 1950’s is located out near Shoreline Drive. To the west of the house there is a stone well house that also was used as a cellar for storing food.

Virginia Rose Grigg, born in the Ozarks region of Arkansas, came to Pueblo, Colorado at age 18 to attend X-ray technician school. Virginia met Johnny through his sister Ellen and they were married in 1980 in Arkansas and returned to Colorado to live at the “Old Herrington House.” Johnny and Virginia had no children, but many nieces and nephews (interview, Johnny and Virginia Soderberg 1999). 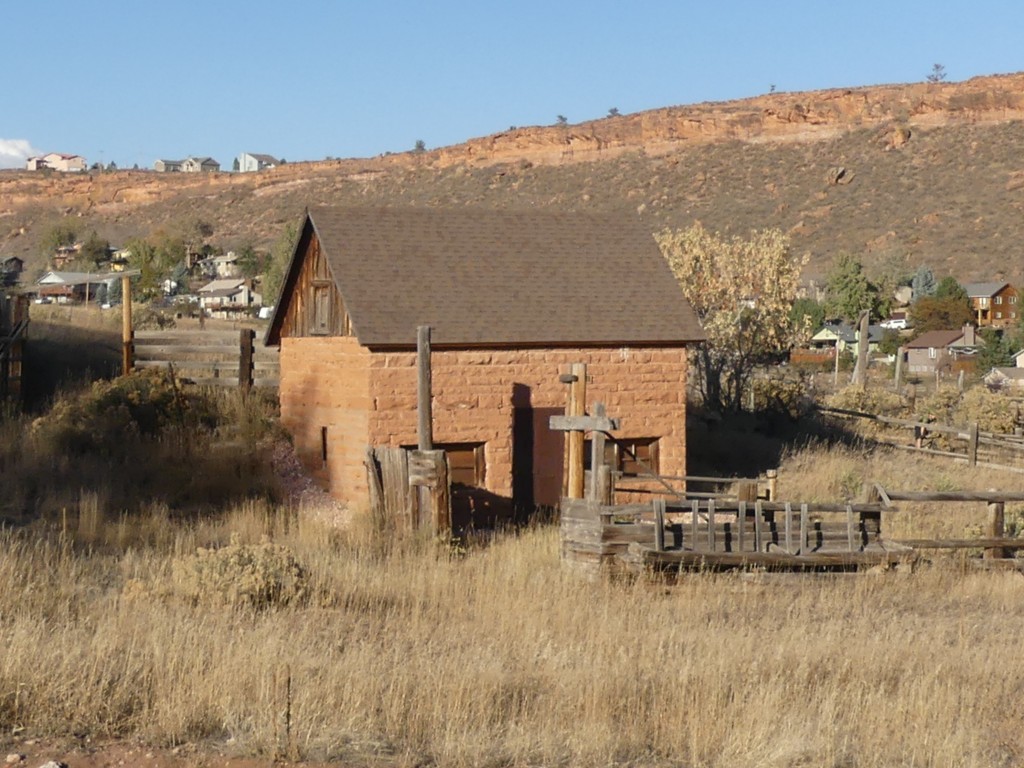 Sunset over the reservoir is not to be missed! 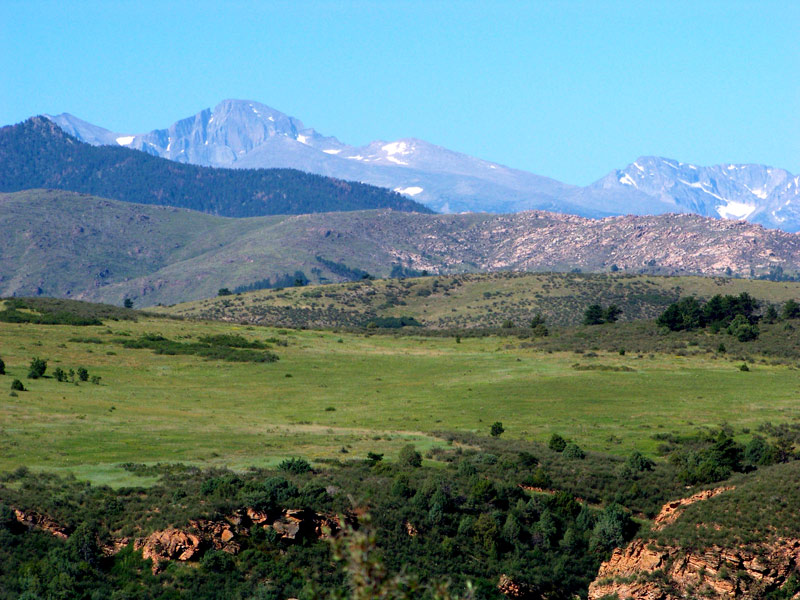 Horsetooth Mountain Open Space was once settled, but today is preserved as a natural and cultural resource for public benefit. 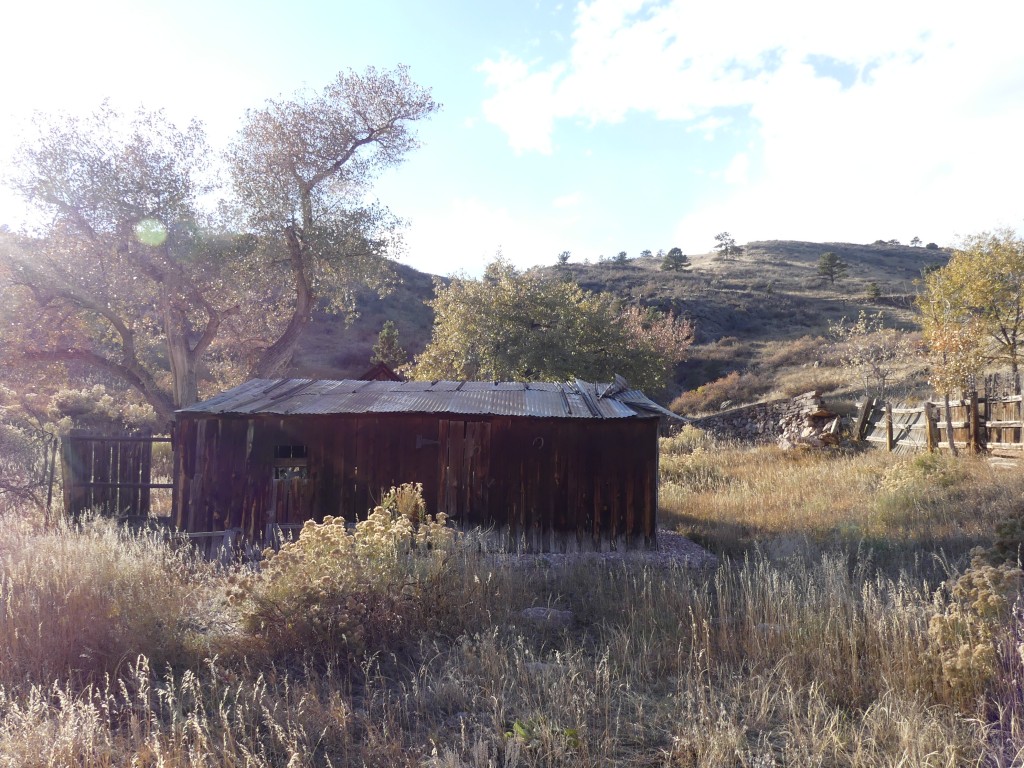 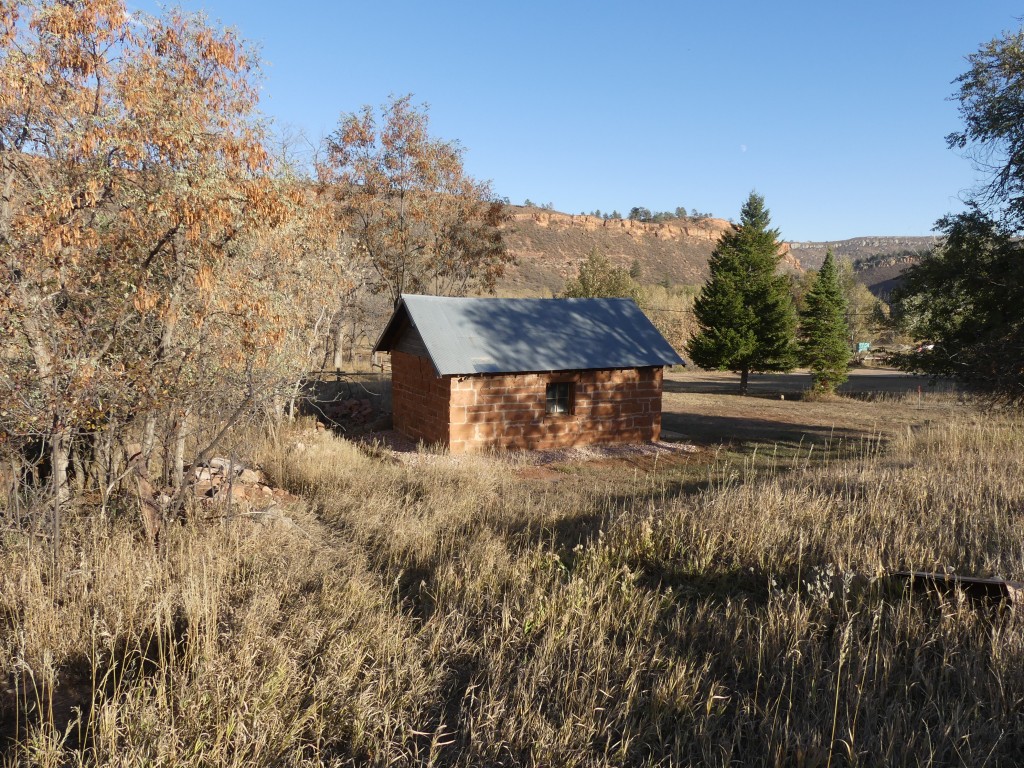 “In the early 1980’s, the Soderbergs tried to sell the ranch to State Parks; however the State declined and they decided to divide the ranch into 35-acre lots. To protect the ranch from development, citizens passed an initiative for a 6-month sales tax to purchase a large portion (2,027 acres) of the Soderberg Homestead as a county park. Johnny and Virginia retained 114 acres that included the house and outbuildings. In 1998, Larimer County Parks and Open Lands Department, through the existing Help Preserve Open Spaces Sales Tax, purchased the remaining 101.5-acre portion of the Soderberg Ranch as well as a life estate on 12.5 acres that include the house and ranch buildings. Johnny and Virginia lived in the Soderberg Homestead house until Johnny’s death in August 2001. Virginia moved to Ft. Collins in the summer of 2002. ”

The open space and mountain parks around Horsetooth Reservoir attracts hikers, anglers, climbers, cyclists, and other outdoor lovers from around the country.

Volunteers worked alongside expert field staff to learn the skills necessary to preserve several historic and prominent buildings at the Soderberg Ranch.