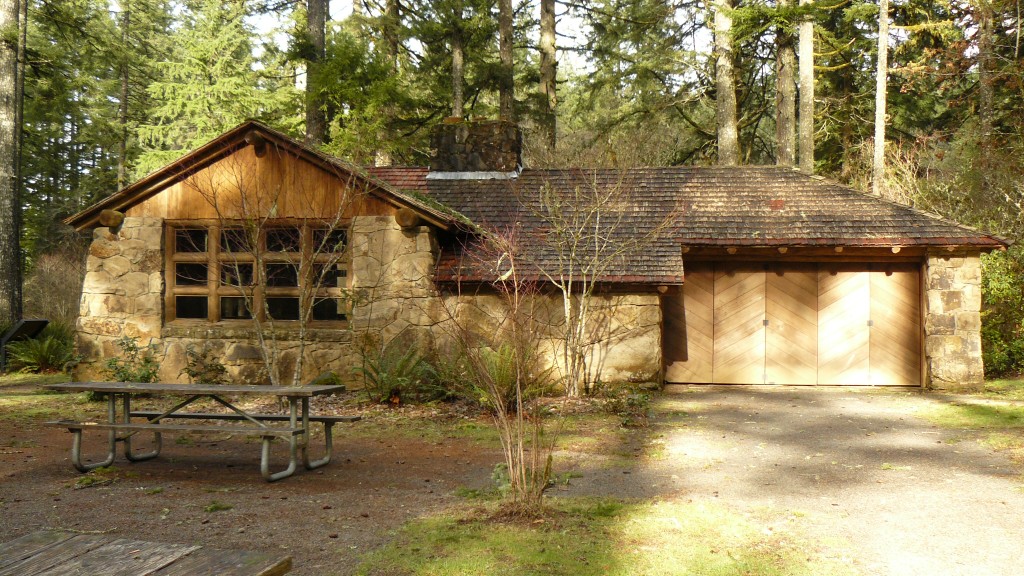 Volunteers on this project got to experience and contribute to what’s called the “crown jewel” of Oregon State Parks. According to the State Park website, “Silver Falls State Park is the kind of standout scenic treasure that puts Oregon firmly onto the national—and international—stage. Its beauty, boundless recreational opportunities and historic presence keep it there. Nestled in the foothills of Oregon’s Cascade Mountains, less than an hour east of the state capital of Salem, the sprawling 9,200 acre property is the largest state park in Oregon, and one of the most popular.
“Where else can you walk behind a waterfall? Check out the famous South Falls and see what a 177-foot curtain of water looks like from behind. It’s part of the Trail of Ten Falls, a spectacular, nationally recognized hiking trail that weaves through a dense forested landscape. The trail passes a series of breathtaking waterfalls along a rocky canyon, and descends to a winding creek at the forest floor.” 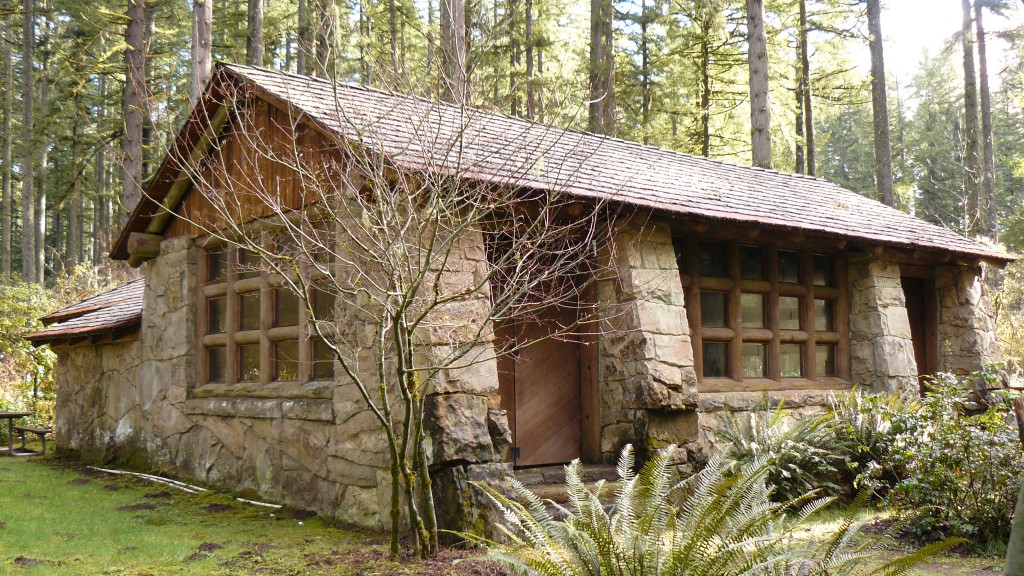 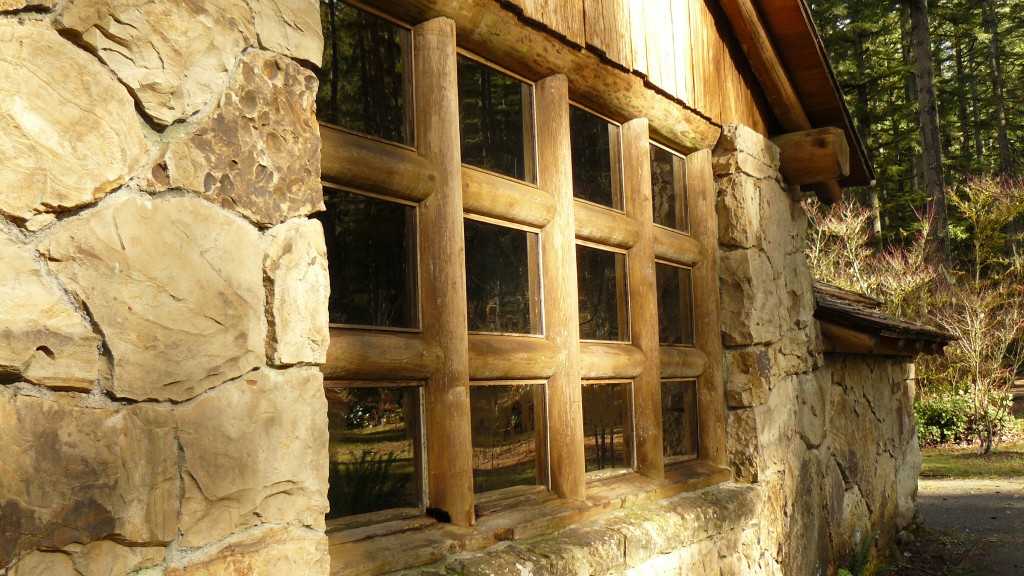 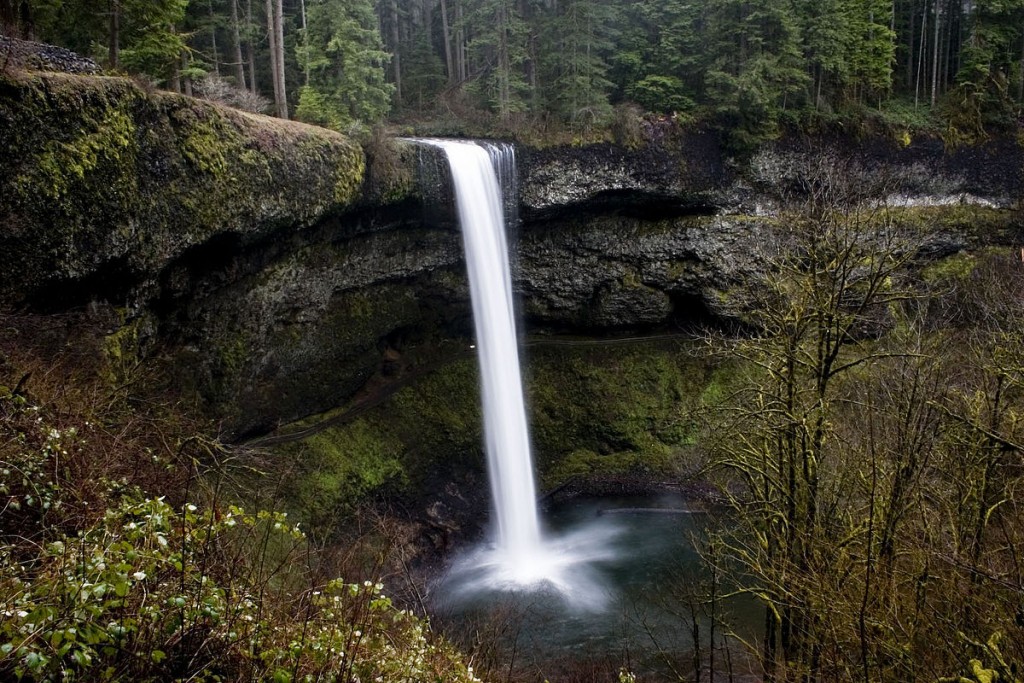 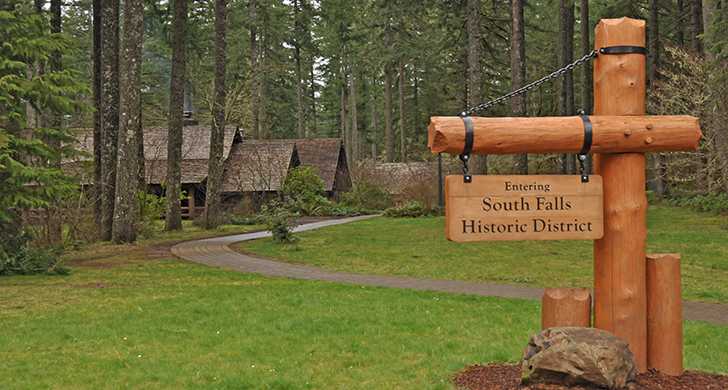 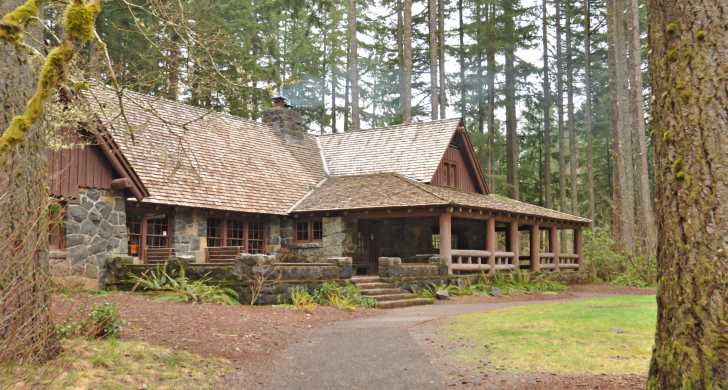 This project is the second of two we undertook in Silver Falls State Park this year. In April 2019, volunteers preserved the Camp Silver Creek Dining Hall; and this fall we returned to the park’s South Falls Historic District to preserve the Combination Building and Main Lodge.
Silver Falls State Park has a long and storied history. Our partner shares, “The Kalapuya and Molalla, whose ancestors came to the Willamette Valley about 14,000 years ago, were the native people in the Silver Falls area when whites arrived as early as 1812.  Natives numbered about 15,000 in the Willamette Valley prior to white settlement, but populations began to decline due to European diseases against which natives lacked immunity.  By the early 1840s, their population dropped to about 600 and whites were coming in large numbers.  By 1850 hundreds of whites lived in and around the Silver Falls Area before completely displacing all the natives in western Oregon when they were relocated to reservations in 1854.”
In 1888, Silver Falls City – which was more of a conglomeration of loggers and homesteaders – was platted. The beautiful area has always drawn tourists – at that time, one could pay admittance and experience thrilling sights such as “pushing cars over the falls and even … a stunt with a daredevil riding over in a canoe” (source). Just a few decades later, the Great Depression landed in Oregon, and the once-profitable timber industry took a nosedive. The US government established the Civilian Conservation Corps (CCC), which employed young men in public infrastructure projects across the country – building amphitheaters, bunkhouses for youth camps, trails, shelters, bridges, and more – in an effort to lessen the impact of poverty and instability in society at that time. The CCC constructed several buildings in Silver Falls State Park, including the Combination Building.

The park grew over the years and now features more than 9,000 acres of public land. Every year, more than a million people visit this “crown jewel” of Oregon State Parks.

Volunteers worked alongside field staff to contribute to the preservation of several buildings’ roofs!