Stories and updates from the field, as told by HistoriCorps’ stalwart fleet of trucks

Hiya, Xena here. Ernie‘s retired (more on that later), but we wanted to keep the blog going – and with his blessing, we’re renaming it The Fleet Report. The boys let me write the first post, too!

After spending most of last year at the trailhead while volunteers and staff hiked and jet-boated into backcountry preservation projects, I got to wrap up in the front country on the Odd Fellows Cabins project on the shores of Paulina Lake in Oregon. Being back in “civilization” was pretty cool, but after getting snowed on at Anderson Lodge and then again in Oregon, well, I was pretty excited to get my winter break.

Though most of the country is deep in winter slumber, me and the boys are already starting to prepare for our 2018 season on the road (and trail, and barge…). I can’t imagine what the guys in the office are dreaming up for us this year! Our four wheels take us, our trailers, our field staff and our volunteers just about anywhere. Mountain tops, islands, Death Valley (I know, doesn’t sound like an appealing place, but I heard it was one of our most popular projects last year), and hidden forests are all out there hiding places that need saving!

We’ve moved into a new home on the edge of Denver. Ever heard of Red Rocks? Yep, the world famous amphitheatre and park? That’s our new digs! We’re reviving the historic Civilian Conservation Corps camp. Once home to the boys that built Red Rocks, now it’s going to be home for us. It sure was cozy sharing a small lot with everyone in the city, but being out in the wide-open, peaceful foothills has some definite advantages. Not spending a winter nose-to-nose with my brothers is one of them! Also, our trailers are getting a much-needed break from serving as warehouses in the off season, since we’re setting up a new storage building. (Liz in the office says we need some volunteers to help us move in, and you can email her to sign up at lrice@historicorps.org).

We’ve heard rumors that we’ll be returning to some of our old haunts this year, like the Odd Fellows Cabins, Chittenden Nursery, Rourke Ranch, Forest Lodge, and Hornbek Homestead. It’s always nice to go back to a place and see how the work from last year is holding up, and if we’re lucky we’ll get to see some of our old friends there again! But HistoriCorps trucks are adventurous by nature – and design.

We’ll be heading to a lot of new places this year – and if all goes as planned, this will be the year we can say we’ve worked in a full 50% of the States! I heard tell that a couple of us will be heading down to the border for the Canelo Guard Station and Glendora District Office jobs. If the truck who’s going is who I think it is, they may try to sneak over to Mexico, just to see if there might be any buildings we could help with over there.

Speaking of border crossing, did you know that our Project Supervisor Craig Asher, who was with Tate at Ryan Trail Cabins last summer, got all the way down to Puerto Rico this winter? It was hard for him to hear, but Tate isn’t set up for ocean crossings and had to be left behind with the rest of us here in Denver. El Yunque National Forest was hit pretty hard by last year’s hurricanes and we were asked to help check in on the condition of some of the forest’s historic buildings.

Ernie, who you may remember got hurt pretty bad last October on the way down to Rourke Ranch, is finally going out to pasture. He puts on a brave face, but I think he’s actually pretty glad to be relieved of duty. The old man made it all the way up that crazy road to Hahns Peak last year – talk about ending a career on a high! With Ernie’s blessing, we’re looking for a new protege to join the HistoriCorps fleet. Someone who’s a hard worker, just a little bit crazy, and not afraid of much. Can you help?

Well, that’s all for now. If you want to help us move in to the Red Rocks CCC camp, or can help us find the next addition to our fleet, let me know!

Played a holiday prank on Buckaroo, one of my brothers, while he was sleeping in over the break! 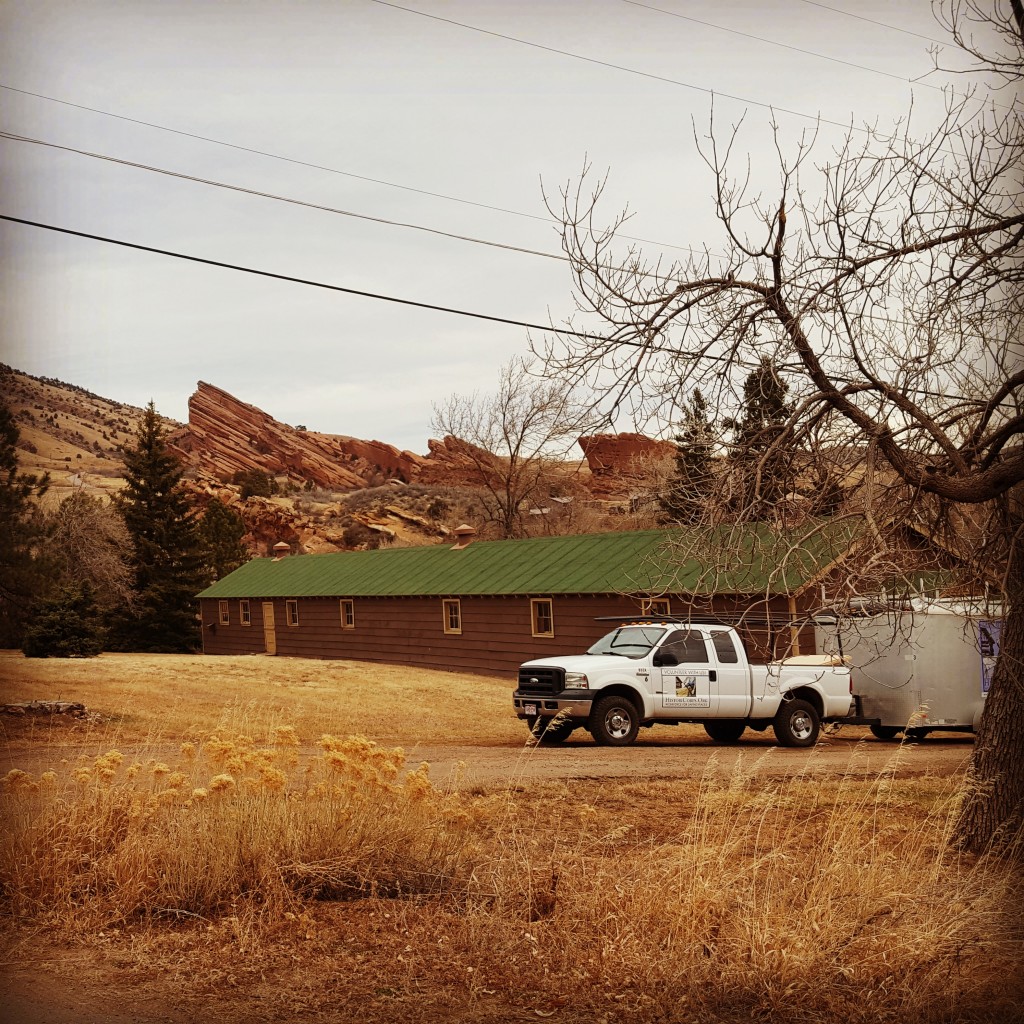 Sure does feel good to be in our new home!

Memories of Paulina Lake on the Odd Fellows Cabins project, which closed out my 2017 season

Some of my awesome volunteers posing with my pet trailer, who I think I’m gonna name Xenon…or maybe Xena-lite…or maybe Planet X? Haven’t decided yet.

Sunsets over Hells Canyon on the Kirkwood Museum project

Another project where I got left behind at the trailhead. I heard it was beautiful up at Simpson Lake!