Stories and updates from the field, as told by HistoriCorps’ stalwart fleet of trucks.

Tate here, with this edition of (drumroll, please)…. The Fleet Report! I’m comin’ at ya live from one of the greatest natural amphitheaters known to man. Red Rocks, bro! We’re chillin just across the way from that venerable venue. If you wanna talk about man-made amphitheatres though, whoa, did you see Pink Floyd’s Live in Pompeii? That concert was sick, for real. Or for my South American amigos y amigas, remember Los Jaivas playing live at Macchu Picchu? What a ride that must’ve been! You ever read that Neruda poem, Alturas de Macchu Picchu?

I mean, think about it. These places are old, man! You think the ancient builders imagined rock bands would be bouncin’ stellar soundwaves off those fantastic formations? I bet not (cuz rock n’ roll wasn’t invented ’till later) but… I also bet they woulda been into it. Maybe even as much as me!

Speaking of old: I heard HistoriCorps is working on a pre-American-Revolutionary house out in Maryland. You see this? Bostwick House? It was built before rock ‘n roll, or even before the blues were invented, man. We’re talking, like, “Yankee-Doodle” music here. Literally. Imagine that: some guys with some pipes, pipin’ along playin’ “Yankee doodle come to town, yankee doodle dandy…” and marching in front of the Bostwick House of olde, gettin’ all messed up with the other army. It must’ve been nuts! And get this: seems like everybody made up their own version of the song. Can you imagine jam sessions with those guys? Whoa.

You know, when I drive around the country, haulin’ my pet trailer Fret, I always end up thinking about the music that accompanied the folks that built all these places we get to work on.

What did Gold Rush miners listen to?

Or what were they humming when they slapped adobe mud on walls at Rourke Ranch (that’s a project you gotta get down to, for real)?

Welp, Xena says I’m rambling about music again when I should be ramblin’ off to my chores. Got work to do before the season starts! Sayonara for now, we’ll jam again soon!

That’s me, Tate, and my pet trailer Fret!

Poster from the ineffable Pink Floyd concert at Pompeii. 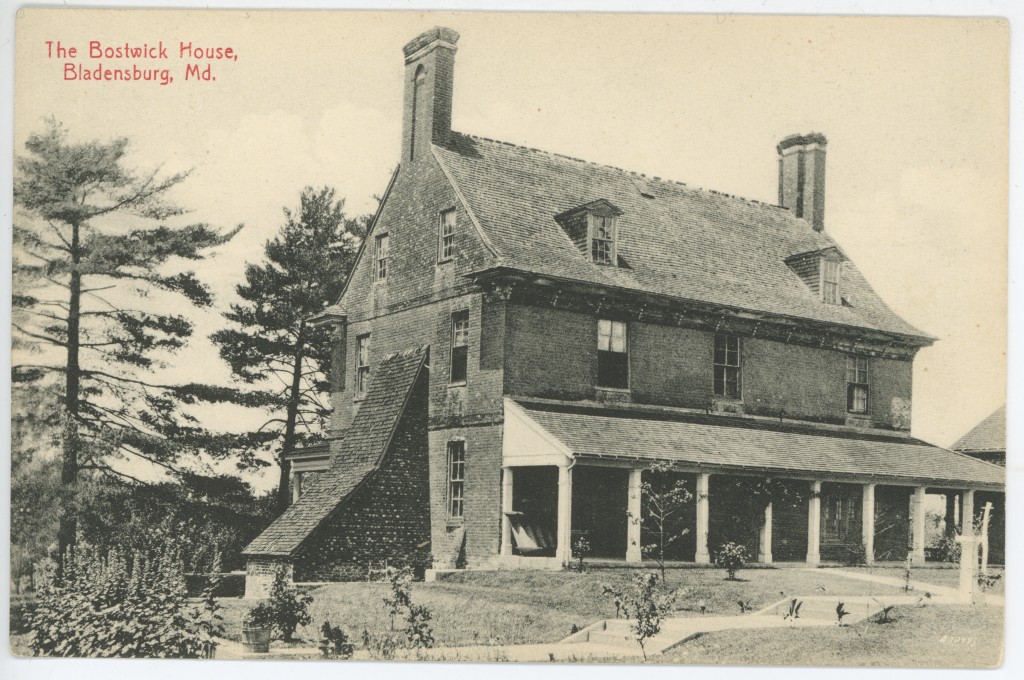 Bostwick House. Told ya it was old!

A gold seeker marchin’ out to Cali. Bit different than Route 66, eh?